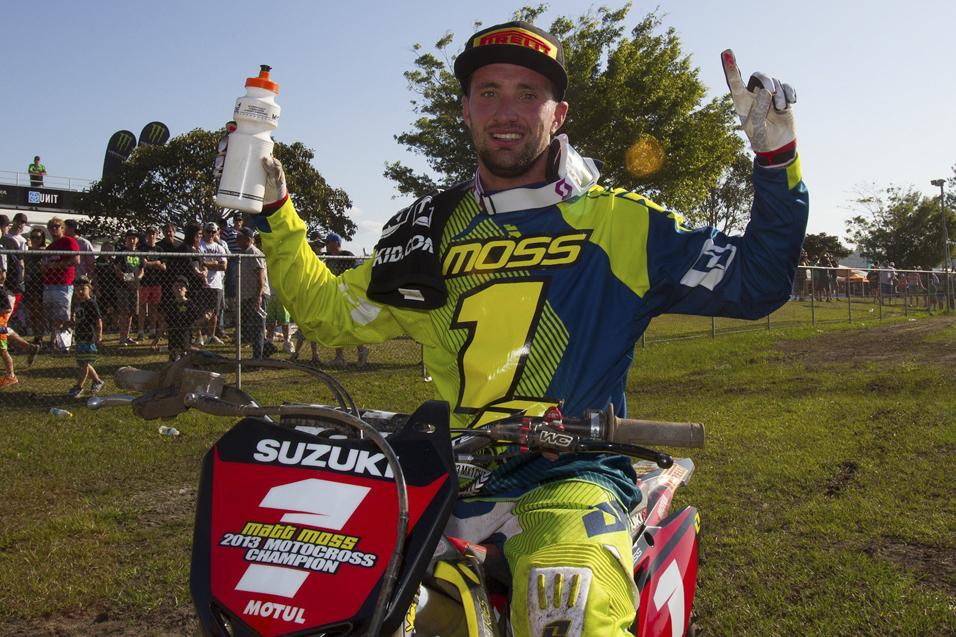 Matt Moss is now a three-time national Australian champion outdoors, adding this year’s 450 crown to the 250 titles he won in 2009 and 2011. The championship is a result of hard work for Moss, 25, and the Motul Pirelli Suzuki team, edging out fellow young gun Todd Waters in the race for the title after a yearlong battle. MotoOnline.com.au spoke to Moss about his success and more.

MotoOnline.com.au: Well done on the title. It must be a pretty surreal feeling right now.
Matt Moss: Yeah, it is. I’ve had the same sort of feeling before winning championships, but being the 450 Class it’s pretty amazing. It’s something at the start of the year that I knew I could get, but I knew I had to work hard to get it.

I was unfit, I’d been injured and my team were just so good. Jay Foreman, I have to dedicate it to him. Jay and Jess, plus my dad, but mainly Jay because he kept me so calm this year. You can see when a team gels, which we do so good. The whole family there is so good. It hasn’t really sunk in yet, but I’m sure that it will and it’s something I’ve been after for a long time. So to get it the first proper year I’ve actually tried to go for it is a good feeling. 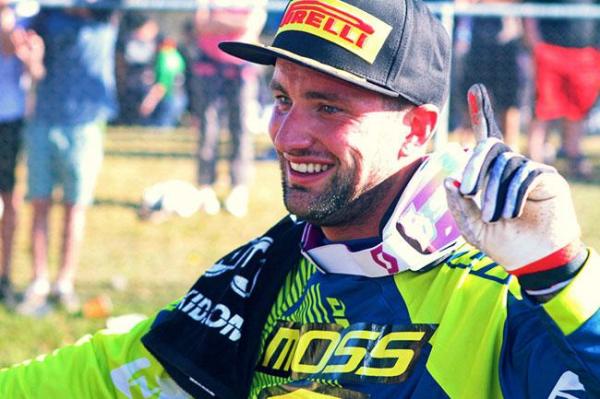 Where’s this title rate compared to your previous MX2 titles and the Pro Lites SX titles you’ve won?
This rates on top, no doubt. Just the way we’ve done it is why it makes it better. You know, I had a lot of people at the start of the year I saw saying in magazines or online that “Mossys won’t finish the season,” so it’s sweet to have the number one plate and prove them wrong. That’s what drives me, you know, when people doubt me. I make bets just to prove myself that I can win and this championship is the best feeling for sure.

You’ve been working hard off the bike as well. On the track your strength is visible, so your efforts have obviously played a major role in this.
Yeah, definitely. I got hooked up with Dan Reardon about the third round and that’s when everything started clicking. People train and train, but I work off my head strength. If I feel strong, I don’t have to train for two weeks – as long as my head’s in the game I can do it.

But having Dan behind me, my dad and this whole team is what makes champions. There are so many people behind the scenes that make this happen. I know I have the number one plate, but so do so many other people. 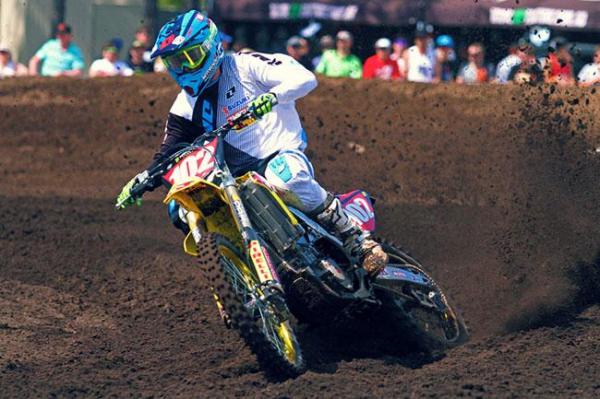 Moss and the RM-Z450 proved a formidable combination throughout the season.
Simon Makker/Makkreative.com photo

Supercross is just around the corner and you’re a guy who can ride both. You’ve won the title everyone wants, outdoors, but will supercross be the icing on the cake?
Motocross is the premier series in Australia at the moment. It’s a bummer, but supercross is one of those things that’s just kind of chucked together. [Yarrive] Konsky’s trying to do a good job, I give him credit for that, but we have 10 rounds of motocross this year and it’s hard. Supercross has six, but I definitely want to win that title as well. I think I’m better at supercross and my brother [Jake Moss] is better at motocross, but he’s had a bit of bad luck. Definitely for me having the right attitude no matter where I race changes things.

This year the battle with Todd Waters was great to watch. Did you enjoy that rivalry? It looked like you thrived from it.
Everybody knew Todd was going to be fast, but it’s different having won a championship. Coming second two years running now, Todd hasn’t had that number one plate, but once you’ve had it you kind of know what you have to do to win it and also how it feels to race without it.

I saw Todd, although I’m sure deep down he was very upset, but if that was me I’d be that devo and that angry! It’s one of those things that it will happen for him and I wish him all the best in Europe. He’s a great guy, a strong rider and we were a class above everybody. I’m just happy to finish as the one in front [laughs].