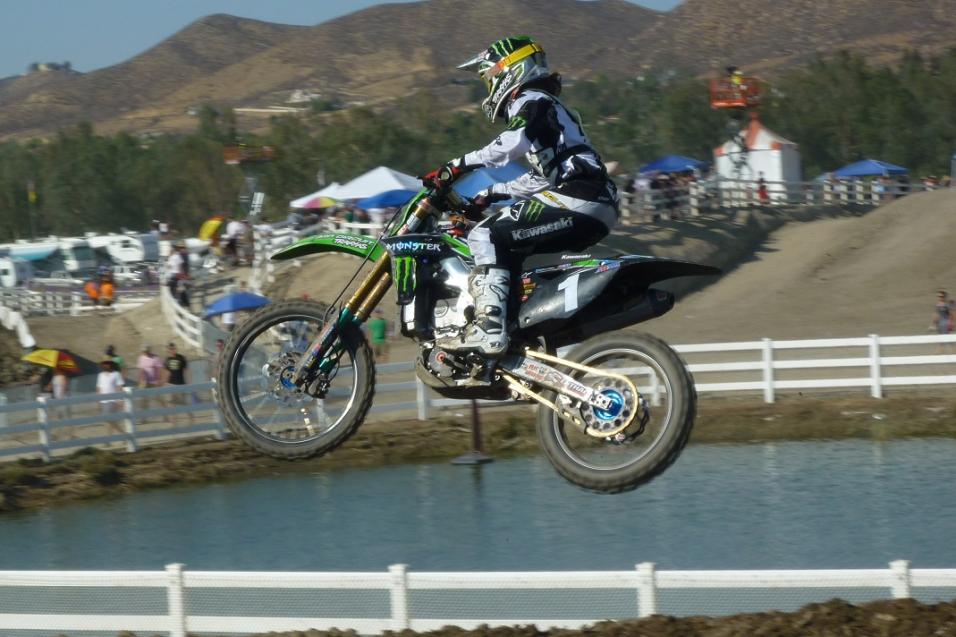 Zach Osborne started the second 250 moto of the day  off with another holeshot, but rookie Cooper Webb quickly took over the lead. Not far behind was a big pack of riders consisting of Baggett, Bogle, Tomac, Anderson, Martin, Davalos, Hahn, and more.

Baggett, apparently intent on taking advantage of his final opportunity to remind everyone why his Kawasaki was wearing the number-one plate all season, put his head down and went after Webb for the lead. It wasn’t long before he got it, and when he did he started gapping the field. Later in the race Tomac would move into second and start closing the distance, but Baggett responded and stabilized the gap. Baggett would win the moto easily, only to be penalized one spot for jumping while the wheels-on-the-ground-flag was waving.

After Baggett passed Webb, Webb dropped off the pace for a few laps and gave up several positions. He found a little something extra in the second half of the moto though and was able to get back into third, which is where he finished. Osborne also fell off the pace a little, but, like Webb, found some extra steam late in the race and picked a few positions back up to finish in fourth

Bummer race for Ken Roczen. He started somewhere around fifteenth, but even if he had gotten a better start, he probably wouldn’t have been able to hold onto it. The heat was ridiculous today here at Lake Elsinore, and Roczen looked like he was feeling the effects a little bit, as were many others. His lap times weren’t competitive with Baggett’s and Tomac’s, and he didn’t look like the same rider who completely dominated the first moto.

Rockstar Energy Suzuki’s Jason Anderson also had a bummer of a moto. He was in the middle of a fantastic rebound from a bad first moto, and was running third when he crashed hard and took his time getting up. He was clearly in pain and was unable to finish the moto. Adam Cianciarulo didn’t start this moto, although at this point we’re unsure why. Check back soon for details in our full race report. 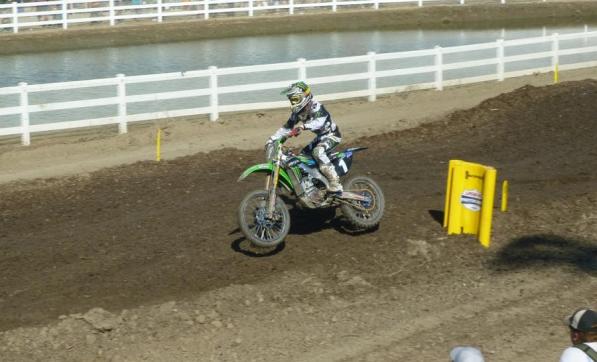 Baggett sporting the number-one plate for the last time in 2013
Photo: Hansel