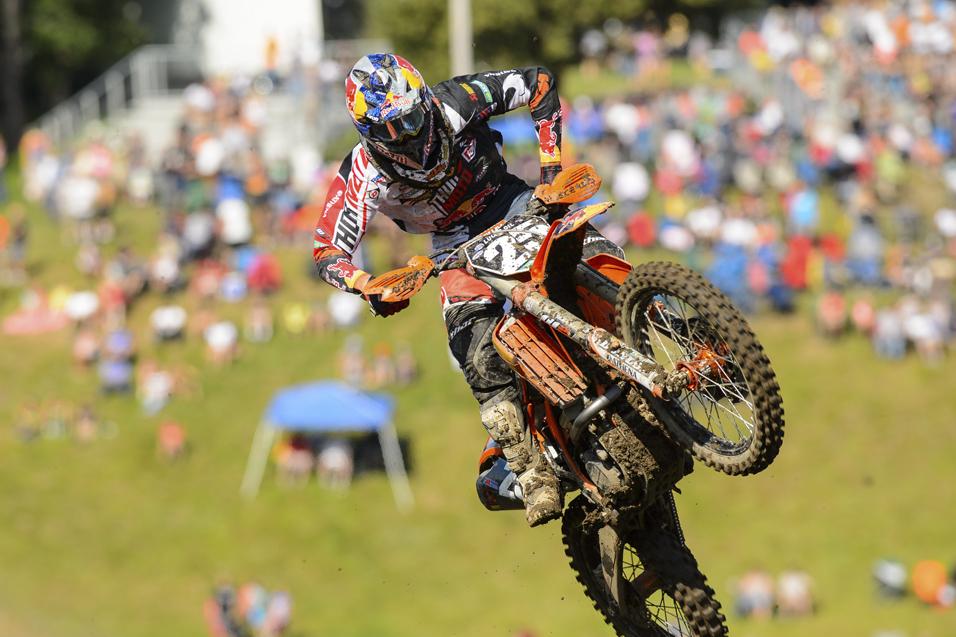 Farewell Tyla?
After a tumultuous 2013 campaign, rumors abound of Tyla Rattray returning to Europe for 2014. A World Champion, Tyla has a strong name in the Grand Prix scene and is sure to be welcomed back with open arms by many teams in the paddock. Most rumors have him tied to a KTM inspired Husqvarna effort but regardless of his future home, the U.S. series will be sad to see him leave. – Jason Thomas

Mookie vs. Bam Bam
Last weekend, Malcolm Stewart and Justin Barcia had a run-in that left Barcia on the ground and Malcolm scrambling to get back on the race course. With a fairly mellow summer in terms of aggressive riding, will this wake up the sleeping Bam Bam bear? Knocking down one of the more skilled riders in this aspect is not something I was very keen on. If these two are near each other on Saturday, all eyes will be on both Honda riders to see if they are ready to rumble. – JT 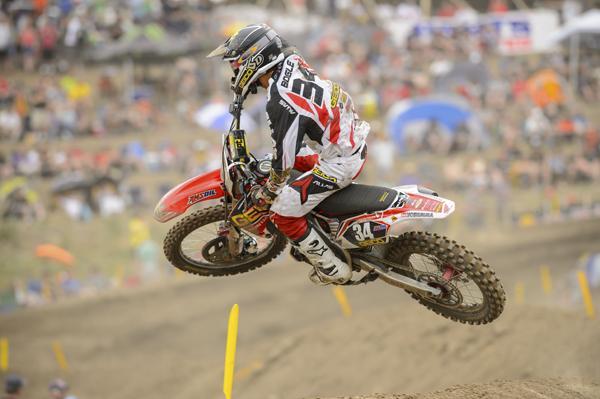 Dash for Cash
The $25,000 Motorcycle-Superstore.com bonus awarded to the 450 rider (Wil Hahn has already won the $15,000 bonus for the 250 Class) with the most holeshot points at seasons end is still up for grabs. James Stewart is currently one-point clear of Justin Barcia with just two motos remaining. Although Stewart will miss the season finale with a neck injury, he holds the second tie-breaker (most holeshots of second motos) meaning Barcia can only leave Elsinore with bonus in hand with a holeshot in moto 2 (worth two points) or in a holeshot in both motos (worth four points). Ryan Villopoto is still in the mix with six points, three behind Stewart, meaning he needs to capture both holeshots—worth a total of four points—at Lake Elsinore to secure the big payout. Will Barcia or RV steal the show, and dough, with Stewart on the sidelines? – Chase Stallo

Change of Course
Justin Brayton’s season turned on a dime at the Budds Creek National. A relentless worker—almost to a fault—Brayton was forced to decompress during the early break due to other obligations. After failing to score points in three of the first six motos of the season, Brayton scored a season-high 28 points at Budds Creek. He matched the feat again at RedBud, and bested it by a point at Utah a weekend ago. Can Brayton build on last week’s success at Elsinore? - Stallo

Return to the Front
GEICO Honda’s Justin Bogle made his return to the front of the pack in moto 2 last weekend at the Utah National. For the first time since Pala in 2011—where he led 10 laps in the last race of his four-race debut tour—the 2011 Horizon Award winner led a 250 Class moto. Bogle is trying to build for next season after dealing with a rash of injuries during his brief pro career. “That’s pretty much what this year was, just try to build and be a title contender next year,” said Bogle following Utah. Will Bogle again find himself amongst the leaders at Elsinore? - Stallo 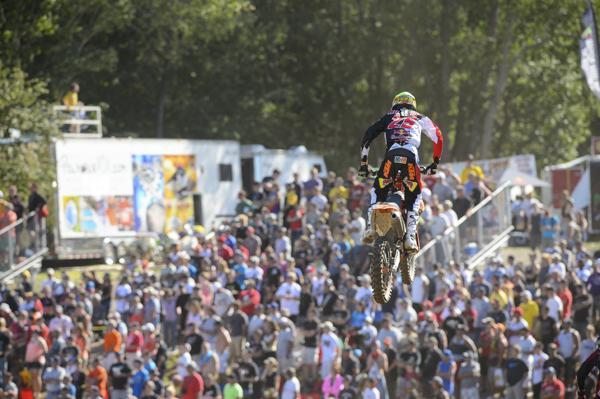 Can Marvin Musquin (above) hold off a hard charging Blake Baggett for third in points?
Simon Cudby photo

The Pressure’s Off
With both titles now wrapped up, the pressure to clinch is off of Ryan Villopoto and Eli Tomac, as is the pressure that was on Ryan Dungey and Ken Roczen to keep their seasons alive. How will that affect their respective performances this weekend at the Red Bull Lake Elsinore National? With little to gain and lots to lose, will Tomac and Villopoto ride with the same intensity they’ve been exhibiting, or will they back it off a notch?  -  Aaron Hansel

Last Chance
The Red Bull Lake Elsinore National is the final round of the season, which means it’s the final chance for riders without contracts already in place for next year to make an impression on potential employers for 2014. We’ve seen great rides in the final round before (Ben LaMay’s ninth overall last year comes to mind). Will we see more of the same this time around as racers try to put their best wheel forward? - Hansel

Top Three
Tomac’s got first place locked down, and it’s mathematically impossible for anyone to displace Ken Roczen from second. However, 2012 250 National Champ Blake Baggett has an outside chance of picking off Marvin Musquin for third overall. With fifteen points separating the two with a pair of motos left, Baggett needs to win and Musquin needs to put in a subpar performance in order for the standings to change. Will the Red Bull KTM rider hang onto third overall, or will the Monster Energy/Pro Circuit Kawasaki pilot get the job done at Lake Elsinore? - Hansel 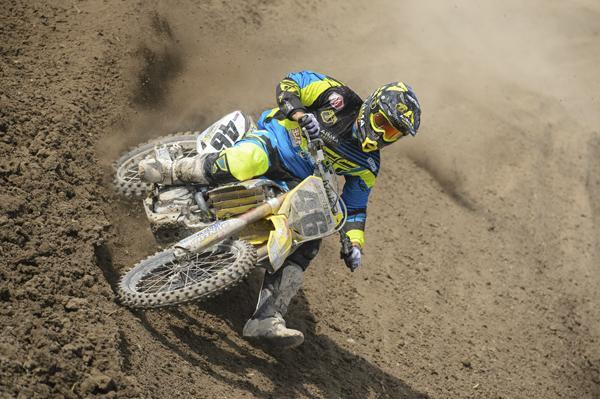 The Heat
With triple-digit temperatures usually the norm, the 2013 Lucas Oil Pro Motocross Championship has seen relatively mild weather this summer. That’s not going to be the case this weekend, however, as, depending on which weather service you like, the area is expected to see highs in the upper 90’s and low 100’s all weekend long. Who will handle the heat, and who will melt in what promises to be one of the hottest weekends of the season? - Hansel

Weston out West
Privateer Weston Peick, who’s only raced the rounds in the Western United States due largely to financial restraints, is a local at Lake Elsinore. In fact, his hometown of Wildomar is five minutes away from Lake Elsinore Motorsports Park. So far we’ve seen some great finishes from Peick; tenth at Hangtown, thirteenth at Thunder Valley, tenth at Washougal and most recently, an eye-popping fourth in Utah. How will the fast privateer do at his home round this weekend? - Hansel