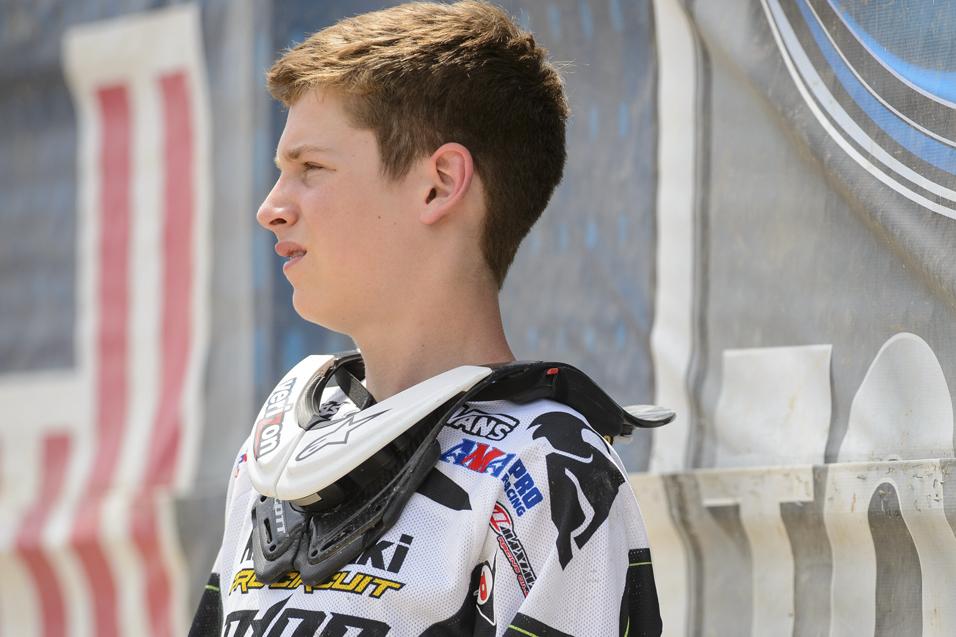 Advertisement | Advertise with Us
Miller Motorsports Park Tooele, UT Utah National Lucas Oil AMA Pro Motocross Championship
The 2013 Lucas Oil Pro Motocross Championship has been clinched by the red-hot Eli Tomac, who has been hammering everyone here in August. With two more of his patented come-from-behind wins at the Built Ford Tough Utah National, Tomac claimed his first major title when Blake Baggett passed Ken Roczen on the last lap in the middle of a downright crazy tempest of wind. Congratulations to Eli; his parents, John and Cathy; and the entire GEICO Honda team.

Farther back, another rider was having his best day as a professional. Back when Monster Energy/Pro Circuit Kawasaki signed a then-15-year-old Adam Cianciarulo to an unprecedented five-year deal (unprecedented for Mitch Payton, anyway), many expected him to hit the track at the front of the pack, just like James Stewart in 2002 and even Tomac in 2010. Then the kid got sick on the eve of his Hangtown debut and missed the first month of the 2013 season.

When he was finally healthy enough to race at Budds Creek, Cianciarulo did go straight to the front of the pack, but he only stayed there until the exit of the first turn. It's been a long summer since—crashes and fades from the effects of salmonella poisoning continued to hinder his results, and he seemed to hit rock bottom at Unadilla when a track cut cost him ten spots. By that point it was MyPlash/Star Racing Yamaha kids Jeremy Martin and Cooper Webb who were getting the most attention from the moto media. 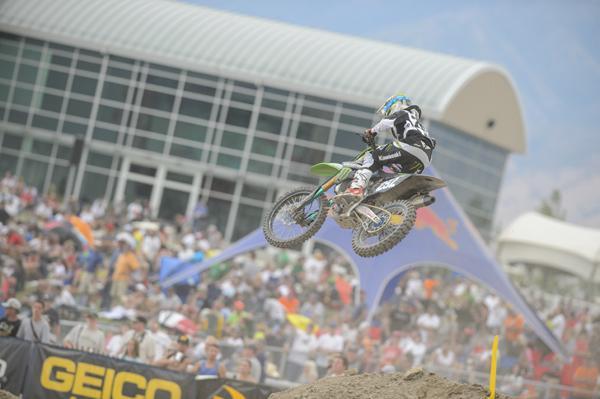 It's been a trying season for Adam Cianciarulo, but the rookie has fought hard and finished a career-high fourth overall at the Utah National.
Simon Cudby photo

On Saturday in Utah, the Adam Cianciarulo who used to rule Loretta Lynn's on minicycles finally showed up as a professional. His solid first-moto effort landed him on the podium for the first time, as he covered the speed of everyone but Tomac and defending champion Blake Baggett. In the second moto he went down on the start, then came from dead last to ninth, never giving up and likely earning himself the Ricky Carmichael Hard Charger Award for the second time in his seven professional starts. He also finished a career-best fourth overall.

Like everyone else, AC292 has one more outdoor race to prove himself in 2013, and then it's time to focus on the 2014 Monster Energy Supercross Championship. Given what he's learned this summer—much of it the hard way—I'm guessing this kid is going to start fulfilling those great expectations everyone has for him.