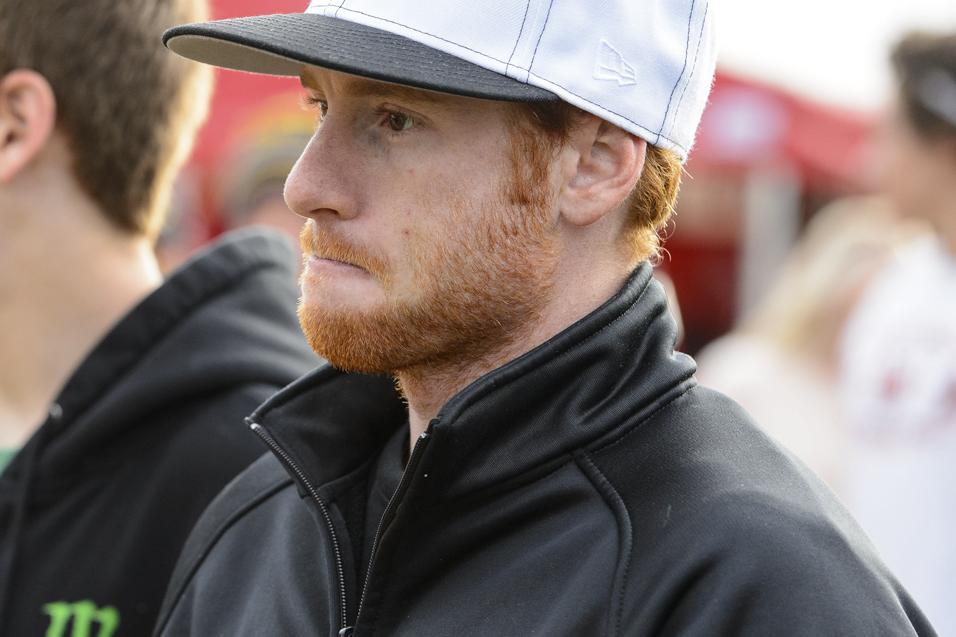 It’s round eleven of the Lucas Oil Pro Motocross Championship and it’s at a brand new venue. Miller Motorsports Park outside of Salt Lake City, Utah is the site and a purpose built man-made motocross track awaits the teams and riders. The course has everything you want in a motocross track: some hills, jumps, sand sections and square edged braking bumps. The temperatures are going to be high and it’s going to prove to be a challenging track for everyone.

Both the 250MX and 450MX classes have potential champions lurking. Both Monster Energy Kawasaki’s Ryan Villopoto (450) and GEICO Honda’s Eli Tomac (250) could clinch their respective class titles. If RV goes 1-1 he will clinch. Tomac needs some help, but he could also make it happen.

A new edition to the Rockstar Racing team is Michael Leib who’s racing the final two rounds for the team. It’s Leib’s first ever national today as he’s spent the majority of his time in Europe. Missing from action is JGR Yamaha’s Josh Grant who had to deal with a family emergency and wasn’t able to make it.

As we said, Villopoto and Tomac are the points leaders and as well, after qualifying today, they are also the winners of the Oakley Bomb Award for the fastest qualifying time. Both riders served notice that they’re on their game today and looking to end the drama in both classes.

In the 250’s it was, of course, Tomac and after him came the rookie Monster Energy Kawasaki’s Adam Cianciarulo, Red Bull KTM’s Marvin Musquin, Rockstar Energy Racing’s Jason Anderson and Ken Roczen.

All in all we’ve got a great track, the crowd is filing in and it’s going to be a true test for the riders today.