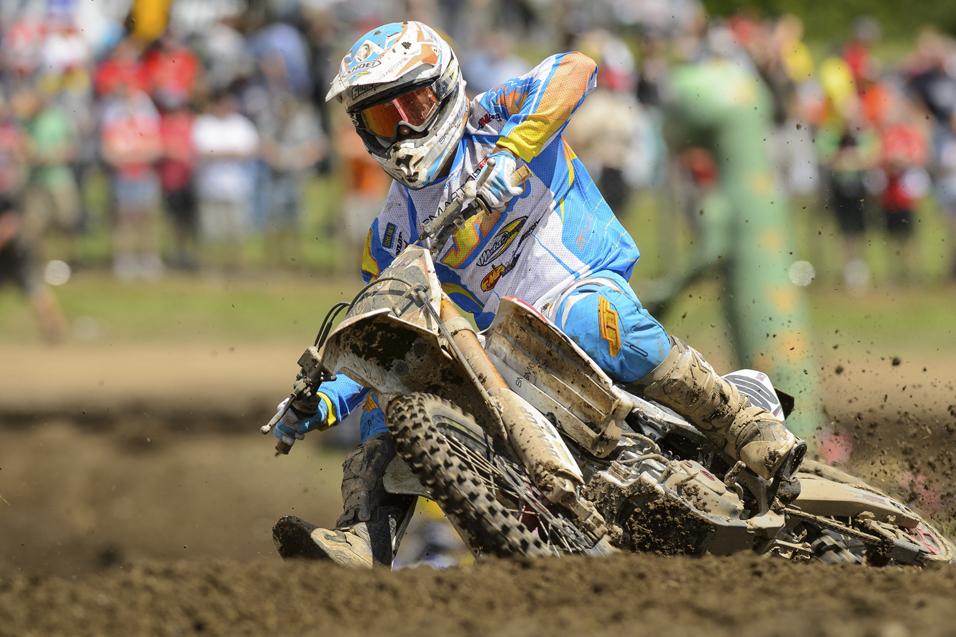 Mike Alessi - Shoulder
Comment: Alessi injured his shoulder in a first turn crash at Unadilla and will miss the Utah National. He is expected to return for the season finale at Lake Elsinore.

Jimmy Albertson – Broken Scaphoid
Comment: Albertson crashed on the start of the LCQ in Toronto. After multiple surgeries he’s back on the bike but will not be racing at the Built Ford Tough Utah National.

Michael Byrne – Sprained Ankle and Pulled Muscles
Comment: Byrner had a scary moment at Unadilla when he DNF’d with a hurt leg at the same track where he suffered a major leg injury one year earlier. Fortunately it’s not as bad as last year, and the tough-as-nails Byrne will be racing this weekend.

Kyle Chisholm – Injured Ankles, Leg and Knee
Comment: Chisholm broke a bone above his ankle in his left leg and injured his knee after a midair collision with Matt Goerke in St. Louis. Chisholm underwent surgery for his injuries and it is unlikely he’ll race any of the remaining Nationals.

Davi Millsaps – Injured Knee
Comment: Millsaps underwent surgery to fix a knee injury suffered during supercross and will miss the Nationals, but he did start riding again earlier this week. 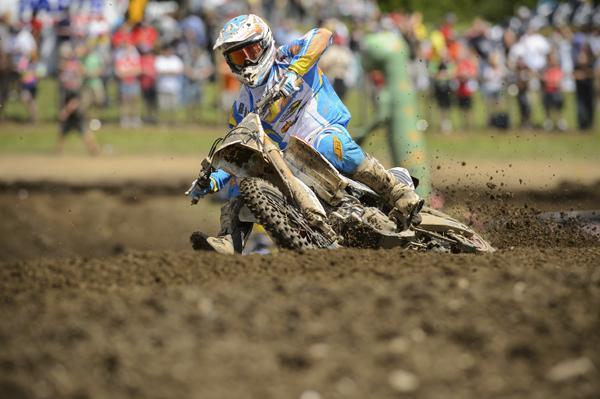 Fredrik Noren – Fractured Wrist
Comment: Noren crashed and fractured his wrist in two places. His goal was to get back to racing at Unadilla, but it didn’t work out. He now hopes to be back for the finale at the Red Bull Lake Elsinore National.

Justin Sipes – Torn ACL, MCL, PCL, and Meniscus
Comment: Sipes is out for the remainder of the series.

Ryan Sipes – Broken Finger
Comment: Sipes had a broken finger that required surgery. Amazingly, Sipes will be back in action this weekend in Utah.

Les Smith – Broken Wrists
Comment: Smith will miss the remainder of the series.

James Stewart – Jammed Neck
Comment: Yoshimura Suzuki's James Stewart crashed during practice the week before Unadilla and jammed his neck. He crashed again in the second moto at Unadilla, hurting his neck again. His team reports that he will be racing this weekend.

Nick Wey – Injured Neck
Comment: Wey suffered a neck stinger at Washougal but will return to action this weekend.

Zach Bell – Shoulder Injury
Comment: Zach Bell returned to racing at Hangtown after missing some supercross with a shoulder injury, but missed Thunder Valley with the same injury. Some additional tests revealed that surgery was necessary in order to repair the damage in his shoulder. As a result, he’ll miss the rest of the 2013 Lucas Oil Pro Motocross Championship.

Kyle Cunningham – Back Injury
Comment: Cunningham has a bulged disc that’s preventing him from riding much during the week. He’s undergoing therapy and plans to finish out the season.

Dillan Epstein – Torn ACL
Comment: Epstein tore his ACL in practice at Southwick. He will undergo surgery and miss the rest of the series. 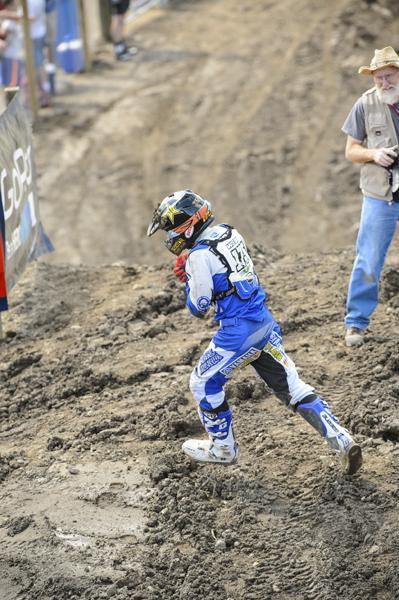 Cooper Webb will be racing this weekend in Utah.
Simon Cudby photo

Joey Savatgy – Broken Wrist
Comment: Savatgy injured his wrist at Southwick. It was originally thought that he had a boxer’s fracture, but further tests revealed a broken scaphoid. The injury will keep him from racing any of the remaining Nationals, although Savatgy is back on the bike. Earlier this week he tweeted the following: “YES.... Got my dirtbike back!!! Versace and dirtbike got back together.. Don't need my phone anymore.”

Gared Steinke – Broken T-5 and T-7 Vertebrae
Comment: Steinke crashed hard on Horsepower Hill at Washougal and will spend the next two to five months in a body/neck brace.

Cooper Webb – Nerve Damage
Comment: Webb crashed hard in practice at Unadilla and was initially thought to have a broken arm. Turns out he’s got some nerve damage in his hand and elbow, and he will be racing this weekend.

Blake Wharton – Virus
Comment: Wharton has been dealing with a virus this season. He was planning on racing Washougal but pulled out at the last minute. He will miss the remainder of the series.