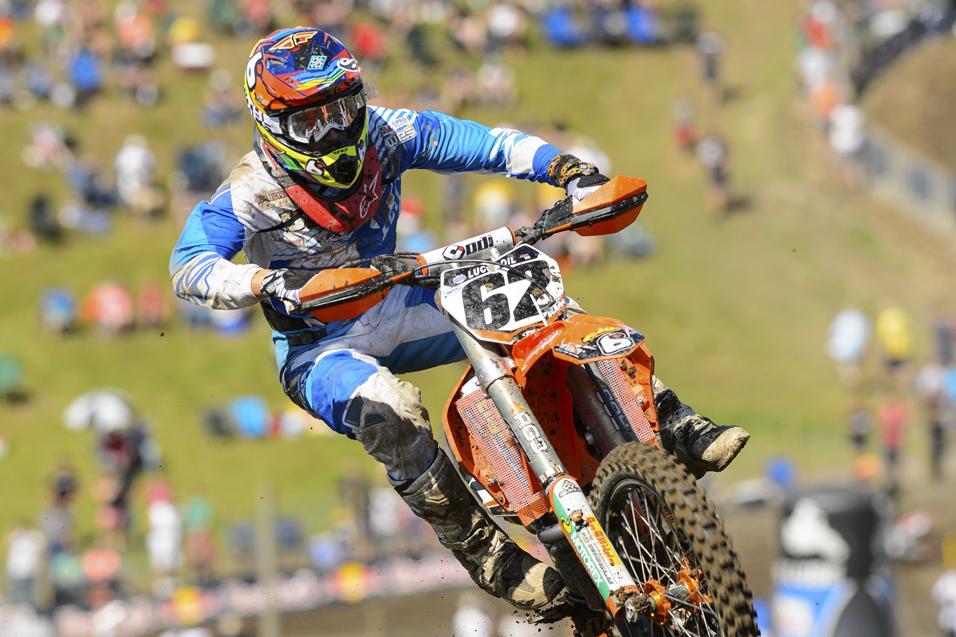 The Debut
After bouncing around from team to team in Europe, Michael Leib has found a home for the final two Nationals here in America with Rockstar Energy Racing, a squad that’s been hit hard with injuries this year. It’s going to be interesting to see how Leib does. He’s got some speed, but then again, he’s never actually raced a National before. How will he do in his first ever Lucas Oil Pro Motocross National? -Aaron Hansel

Debut Times Two
Michael Leib’s debut won’t be the only one taking place this Saturday. No, we’re not talking about another GP rider or hot young rookie racing in Utah, we’re talking about Lucas Oil Pro Motocross’ newest venue. That’s right, the Built Ford Tough Utah National is this weekend at Miller Motorsports Park, and the teams and riders will be forced to quickly figure out a brand new track that nobody has ever raced on before. Who will unlock the track’s secrets first? Will the layout and soil favor anyone’s specific riding style? -Hansel 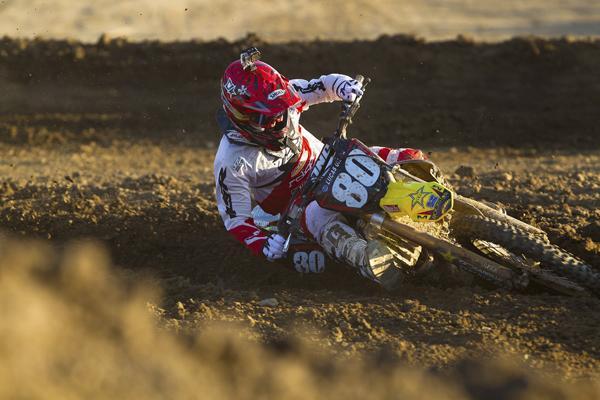 Rolling
Having won the last six consecutive motos (and nine out of the last eleven), it’s safe to say that GEICO Honda’s Eli Tomac has found another gear in the second half of the season. Judging by the what we’ve seen at the rest of the races, the rider most likely to put an end to Tomac’s streak is Roczen, although that certainly wasn’t even close to happening at Unadilla. Will Tomac’s death march continue in Utah, or will Roczen regroup and mount a final offensive as we approach the end of the season? -Hansel

Elevation
At 4400 feet, Miller Motorsports Park is about 1000 feet lower than Thunder Valley, but 4400 feet is still nothing to shake a barometer at. The thin atmosphere will create yet another challenge for tuners while providing a significant physical trial for riders trying to go hard for thirty-plus-two. It will also have an effect on horsepower output, and racers (especially 250 riders) will have to change their normal riding style accordingly. Who will adapt the quickest? -Hansel

Jake Weimer
If this were 2012, it wouldn’t be a surprise to see Jake Weimer on the podium in a moto. After all, he was there ten times last year. But this is 2013, and by his own admission, Weimer’s season has not been going well, so to see him hold off reigning champ Ryan Dungey to take third in the second moto at Unadilla was a bit of a surprise. Was Weimer’s performance a flash in the pan, or has he figured something out late in the season? Can he carry his podium speed into the Built Ford Tough Utah National? -Hansel 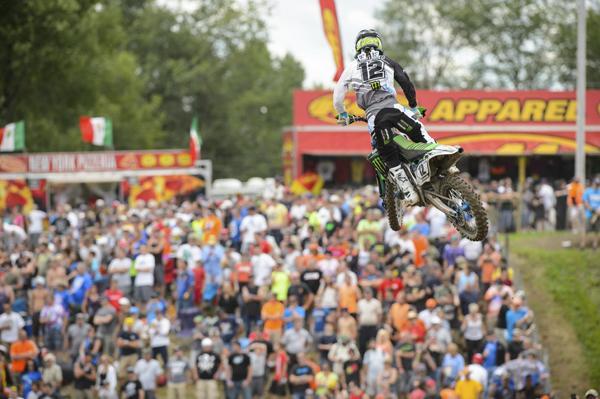 Roughing It Smoothly
Last week at Unadilla, Ryan Dungey seemed to struggle with his bike settings. Listening to his post race comments and also overhearing him speaking on the bike settings, things just didn't gel for him at the rutty, rough Unadilla circuit. This happens with every rider and team at different points throughout the season and will sort itself out with testing and team dialogue during the week. The second moto at Unadilla was the first time in a long time that Dungey found himself off the podium in a moto without a crash or malfunction. With a week to reflect and look for settings, can Dungey and Red Bull KTM get their star dialed in and back up on the top step? – Jason Thomas

The Comeback Trail
Matt Goerke has been back on the circuit for a few races now but he finally is starting to return to the form we have come to expect from the BTO/KTM speedster. His 12th overall was certainly not indicative of what he is capable of but it marked a definite improvement on his previous results. Expectations were high for a strong summer but with a severe wrist injury during SX, he has been behind the eight-ball in an effort to catch up to his rivals. With two rounds left in the series, it will be interesting to see how far up the results sheet he can climb. – JT

Where's Marv
Marvin Musquin won the 2012 edition of Unadilla. Coming into last weekend, many people, including myself, expected a strong performance from the likable Frenchman. Bad starts and crashes plagued Musquin, however, relegating him to an 8th overall. With laptimes much better than his finishes indicate, Marvin will surely be out to redeem himself at Miller Motorsports Park. – JT 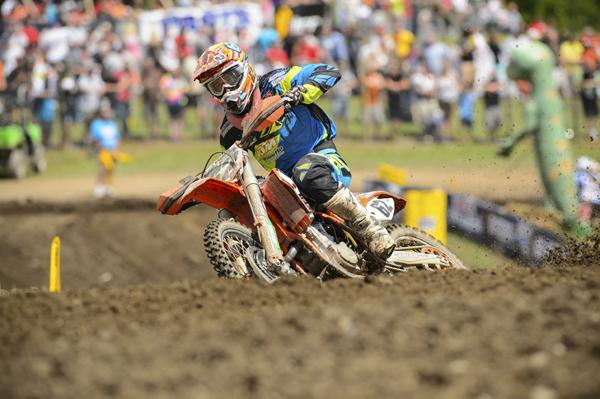 Goerke is looking to end the season on a high note.
Simon Cudby photo

Distancing Himself
After missing his finally season at Loretta’s with a shoulder injury, Jeremy Martin entered the final three Lucas Oil Pro Motocross Championship rounds at less than 100 percent. He struggled, leading to an off-season filled with doubts from many about his capabilities. Through it all, Jeremy never lost confidence. He knew he wasn’t healthy and was there to gain valuable experience. Fast forward a year and Martin has clearly distanced himself from the star-studded 2013 rookie class with three moto podiums in the last four motos. The attention is squarely on the young Minnesotan now. How does he respond at Utah? – Chase Stallo

Slumping
Following a breakthrough ride at Budds Creek—where he led for the first time since High Point 2011 and eventually finished third in the moto—Monster Energy/Pro Circuit Kawasaki’s Darryn Durham has yet to be a factor. Durham has dealt with a multitude of injuries over the past two seasons, but many expected the former Horizon Award winner to return to form by seasons end. It hasn’t happened yet, as he’s failed to score as many points—twenty—in both motos combined as he did in moto 2 at Budds Creek. Will Durham turn things around as the season draws to a close? - Stallo