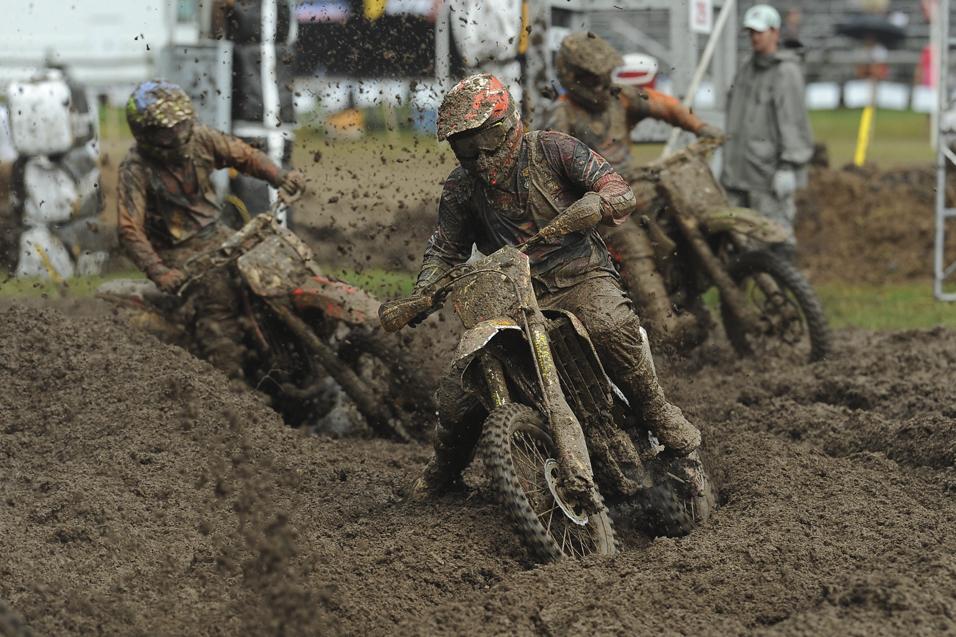 HURRICANE MILLS, Tenn. - Wednesday's weather conditions added a slight turn of events for day two of racing from the 2013 Red Bull AMA Amateur National Motocross Championship presented by AMSOIL. Heavy rainfall filled the grounds overnight at the Loretta Lynn Ranch but it wasn't enough to stop the first few of the day's scheduled motos. However, the in-climate weather continued through the first three motos, where the racing was eventually brought to a halt by 9 a.m. in order to allow the storm to pass.

All hands were on deck as the track crew worked tirelessly to provide optimum track conditions for the racers. The moto order resumed at 3 p.m. with a modified racetrack as the Senior (40+) division kicked off the second half of the day. 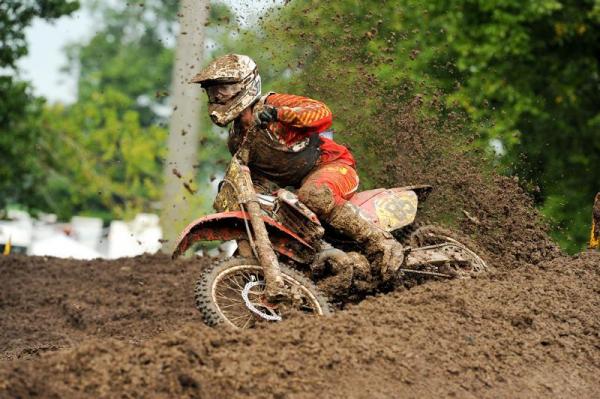 The first moto of the morning was the Two-Stroke B/C (16+) and despite the muddy track conditions, underdog Jerry Robin (85) took the Moto 1 win on a borrowed 2007 CR 250 after his 1985 CR 250 broke down during practice. Robin then raced his '85 in the 250 B class where he captured an impressive ninth place on his vintage machine. 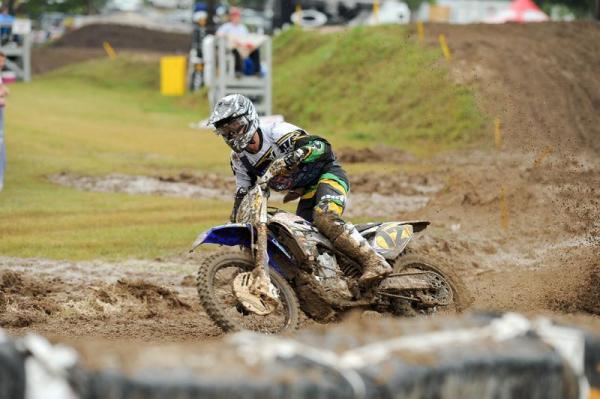 Tyler McSwain (12) led every lap of the 450 B class, where he finished nearly two minutes ahead of the second place of Cody Williams (68) during the muddy first moto. 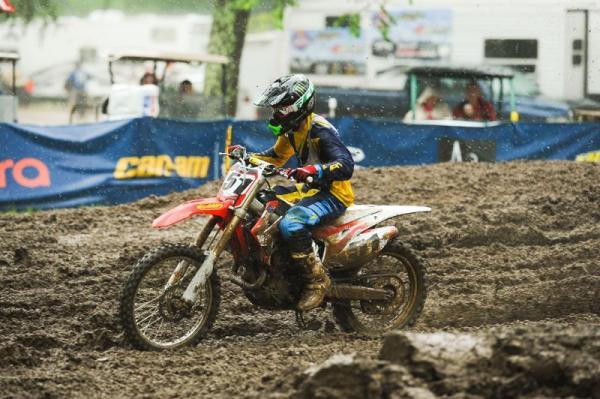 Jace Owen (51) grabbed the Motorcycle Superstore Holeshot and led Moto 1 of the 450 A class all the way through. The Illinois native showcased his mud riding skills as he held on for the win.

The Senior (40+) class moved up a few notches in the moto order to prevent the minis from having to endure the reworked mud course. Keith Johnson (16) and the rest of the veteran field didn't miss a beat in the mud as they put forth exciting action in Moto 1. Johnson held on to the lead en route to his first moto win of the week. 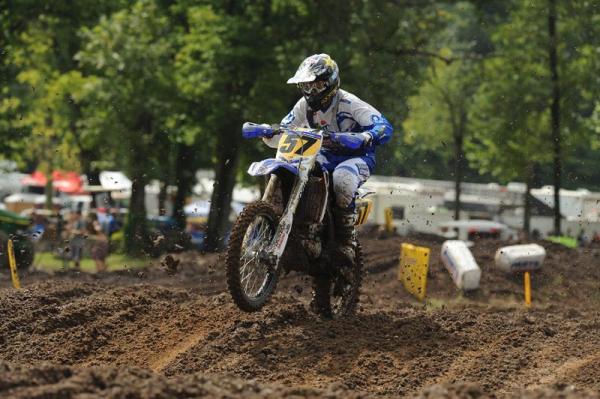 Aaron Plessinger (57) grabbed the 250 B Moto 1 win, becoming one of a few riders to go undefeated in the first set of motos. 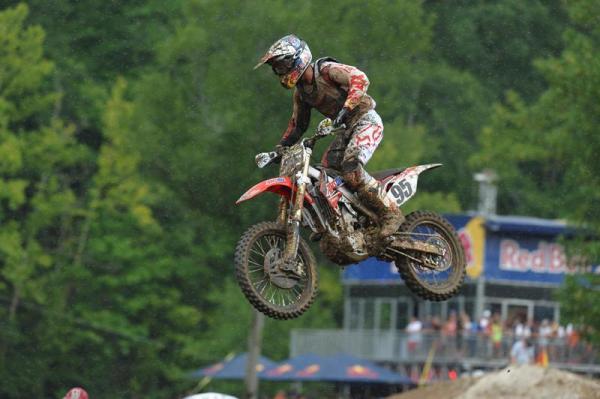 The 250 A class produced some of the most exciting race action of the day but in the end it was the rider who made the least mistakes-Matt Bisceglia-who secured the Moto 1 win. 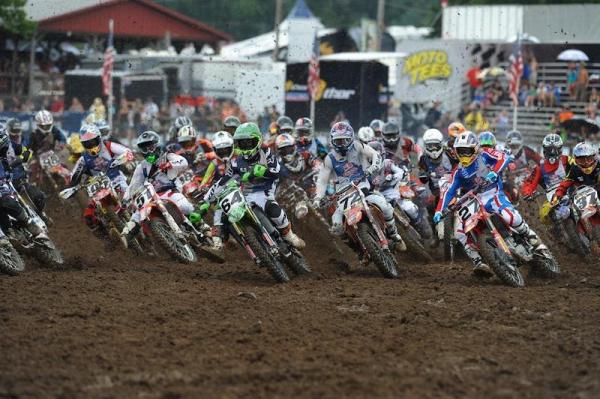 The 250 A moto saw Shane McElrath (27), Thomas Covington (64) and Colt Nichols (59) atop the field at one point in time but all three riders fell victim to the muddy Loretta Lynn's course. 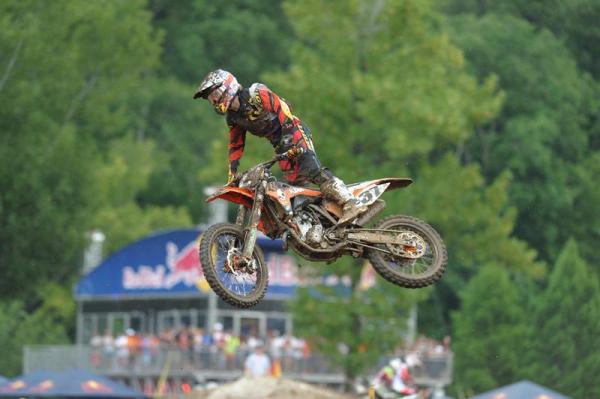 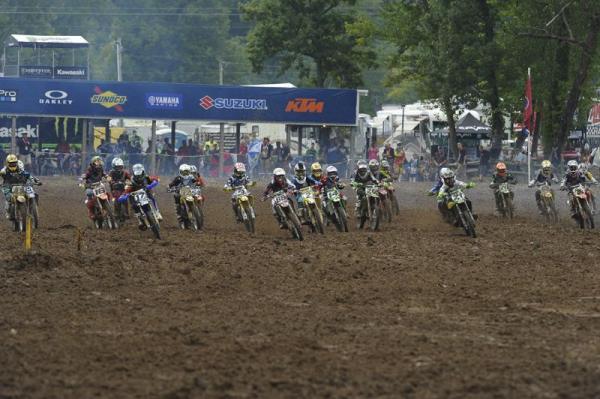 There was much anticipation for the Super Mini 2 (12-16) first moto since this was the class on the line when the racing got delayed. A deep field of talent, including Raymiller Alves (23), Austin Forkner (21), Derek Drake (33), Jon Ames (17) and more, made up for the wait as the young riders went to battle in Moto 1. The lead position changed hands several times throughout the race but Forkner held strong at the end to capture the first win. 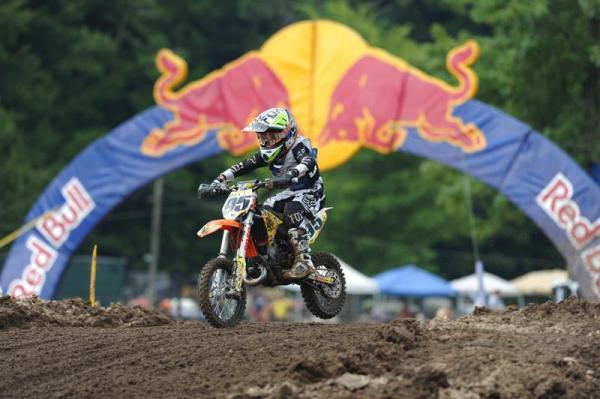 Ty Masterpool (95) and Jace Kessler went head-to-head once again but this time in the 65 (7-11) class. And this time it was Masterpool who logged the win over the #51 of Kessler. Each rider holds one win after the first set of 65 class motos. 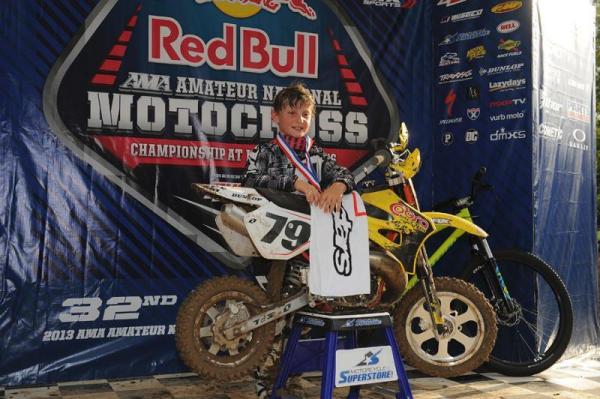 Due to the muddy track conditions, the 51cc divisions were moved to the end of the day where the young guns received the best track conditions of anyone just before the sun went down. The 51 (7-8) Limited class welcomed back a few of the heavy hitters but none of them could match the speeds of Jett Reynolds (79). Reynolds topped the field in Moto 1 where he now sits undefeated after his first set of motos.

Tune into RacerTV.com Thursday for continued live coverage of the day's racing. Broadcast times and classes can be viewed HERE. To view an archive of Wednesday's race action, visit RacerTV.com.