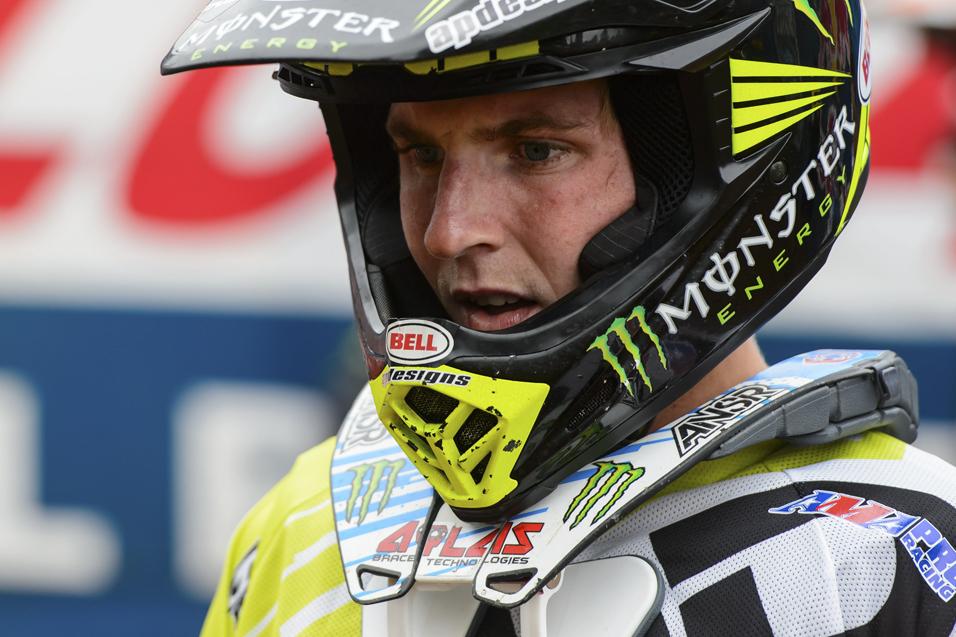 The 450 Class in the Lucas Oil Pro Motocross Championship is pretty deep. Riders like Trey Canard and Justin Barcia have landed on the podium many times this season and they have also landed themselves out of the top ten as well. The starts are more important than ever (nothing in this story applies if your name is Ryan Villopoto and Ryan Dungey by the way) and these talented fast kids just can’t rip through the pack to their rightful places that easy.

For Monster Energy Kawasaki’s Jake Weimer it’s been a tough season. On the same team, with the same bike, using the same trainer as Ryan Villopoto, it’s expected that Weimer would be right there most weekends—but it hasn’t really happened. Weimer’s not as good as Villopoto—this sport is still 90 percent rider no matter what—but he’s better than he’s been showing this summer.

The one problem for Jake is that he hasn’t been up there to see what the guys up front are doing. He can never see what lines, how fast people are going because his starts generally leave him buried (now you can get into how starts are all confidence and if he believed he belonged up there he would be but that’s not the issue in this column right now) and he gets stuck in the back. 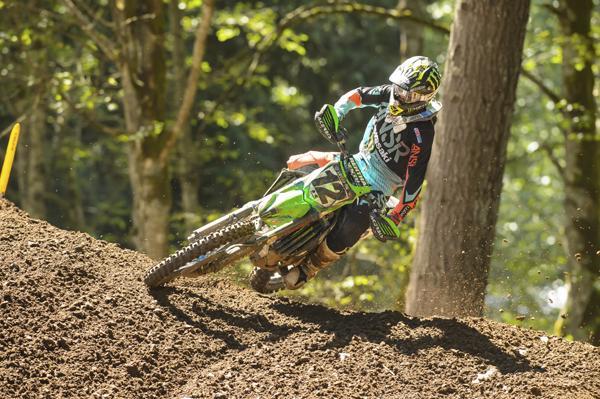 But we might have seen some corners turned lately. And no, it didn’t start at Washougal with his great second moto ride to get fourth (he went 10-4 on the day for fourth overall). To me it started two weeks ago at RedBud when Weimer finally pulled a start. Yeah he went backwards pretty fast but in talking to him after the race he did say that it was about time he got up front.

And he learned from that because at Washougal he was okay on the starts and worked his way up towards the front in both motos. The second moto he pulled away from the pack in fifth place and was alone in fourth for most of the race. This is what he should be doing, this is where a Jake Weimer should be if he, like all racer’s not named Villopoto or Dungey, gets a start.

“I think I rode decent in the first moto” said Weimer after the day was over. “But I think I started 16th or something. That’s just not going to work unless you’re maybe one of the Ryans. So for me starting 16th you’re never going to see me. I was out there but you’re never really going to see me.”

You can’t say the guy isn’t honest. Jake knows the value of a good start and in 2013 they seem more important than ever before.

“Oh yeah, it’s important to get out front early. No matter how fast you are you’re not going to be able to do it the first couple laps if you got a bad start and those guys get away,” said Weimer.

And with his Washougal ride perhaps Weimer’s not going to let this summer get away from him either.