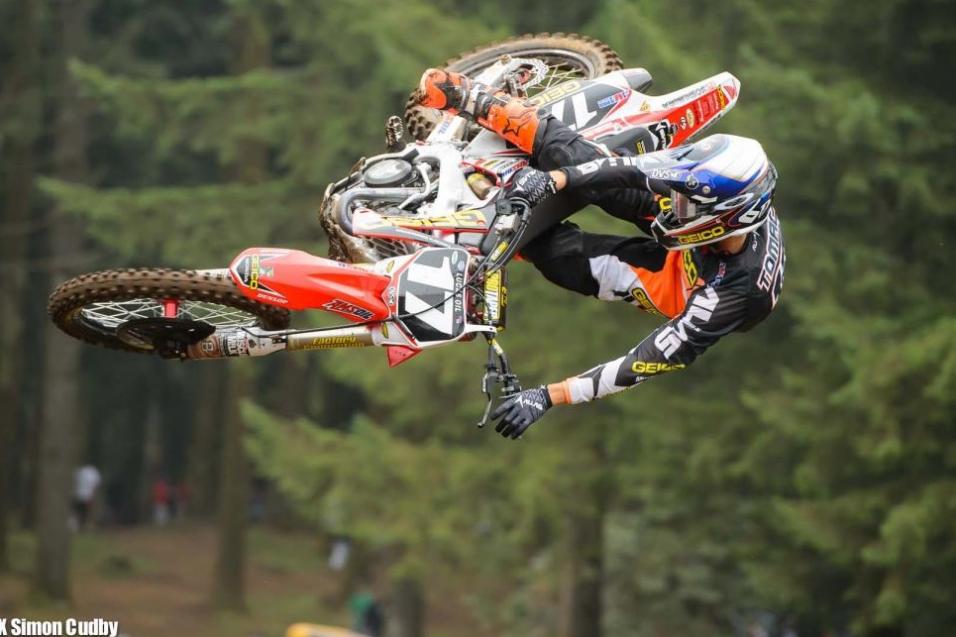 Wil Hahn kicked off the second moto with a holeshot, then immediately encountered trouble, got squirelly and was forced to check up. Justin Bogle took over the lead, only to have Eli Tomac move into first halfway through the first lap. When Ken Roczen moved into second place soon after, with only two seconds separating him from Tomac, it appeared as though the long awaited duel between the two 250 superheroes would finally play out. Tomac, however, had no interest in putting on a show and he dropped the hammer, putting major distance between himself and Roczen. Tomac won the moto by a mile over Roczen, despite a scary moment on the second-to-last lap where he got kicked hard and almost crashed hard going up Horsepower Hill. With a sweep at Washougal, the Red Rider moves to within one point of the championship lead and the red number plate.

Behind Roczen, there simply wasn’t much going on until late in the moto when Bogle, Zach Osborne, and Marvin Musquin started bunching up in a battle for third. Jason Anderson was closing on the group, but he simply had too much ground to make up and was just short of joining the fray. Osborne would win this battle, while Bogle fell all the way back to sixth on one lap.

Justin Hill had another great moto. He finished in seventh place and had to run down and pass his teammate Blake Baggett to do it. Another local rider worthy of note is Tommy Weeck, who took eighteenth.