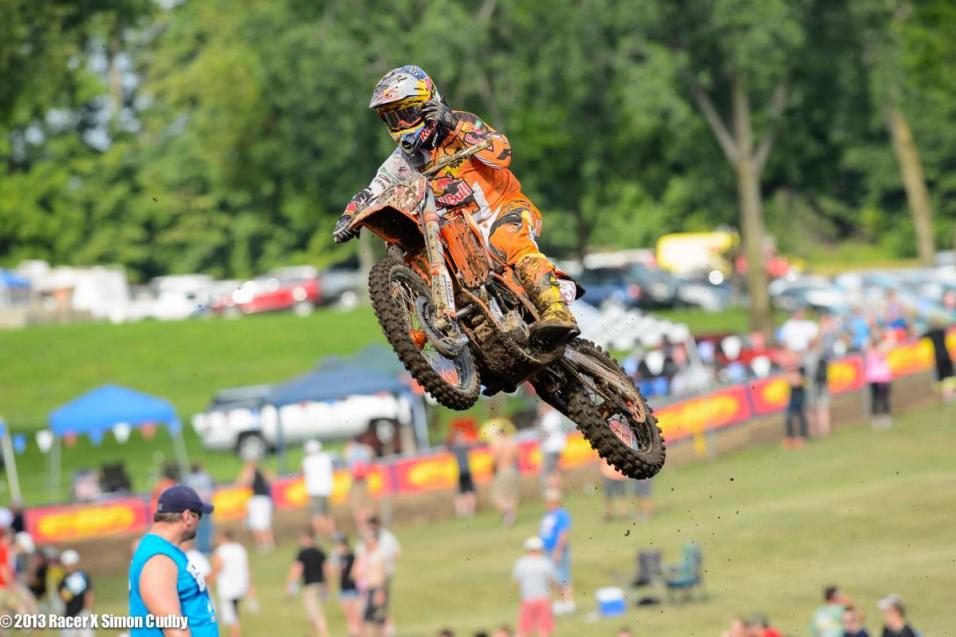 A dominating moto one performance pulled the momentum toward Eli Tomac, but it quickly got pushed away early in the second moto. GEICO Honda’s Zach Osborne and MyPlash/Star Racing Yamaha’s Jeremy Martin fought over the early lead, with Musquin, Roczen and Tomac all within striking distance.

Roczen was the first to make a move, sliding past both Martin and Osborne to move into the early lead. Tomac was following suit, and after squeezing by his teammate he looked to make a run at Roczen. But a small mistake cost Tomac, as he went down just seconds after passing Osborne, leaving both riders just inside the top ten after remounting.

Martin and Musquin would inherit the spots left open by Tomac and Osborne, with Martin withstanding an onslaught throughout the moto from Musquin. Two late crashes spelled the demise of the Frenchman, as he finished the moto fourth.

Running laps times that were consistently two seconds a lap faster than the competition, Tomac quickly made his way to the front, disposing of anything in his way. He eventually worked his way into second, but was unable to make a run at Roczen, who had open a more than 10 second gap.