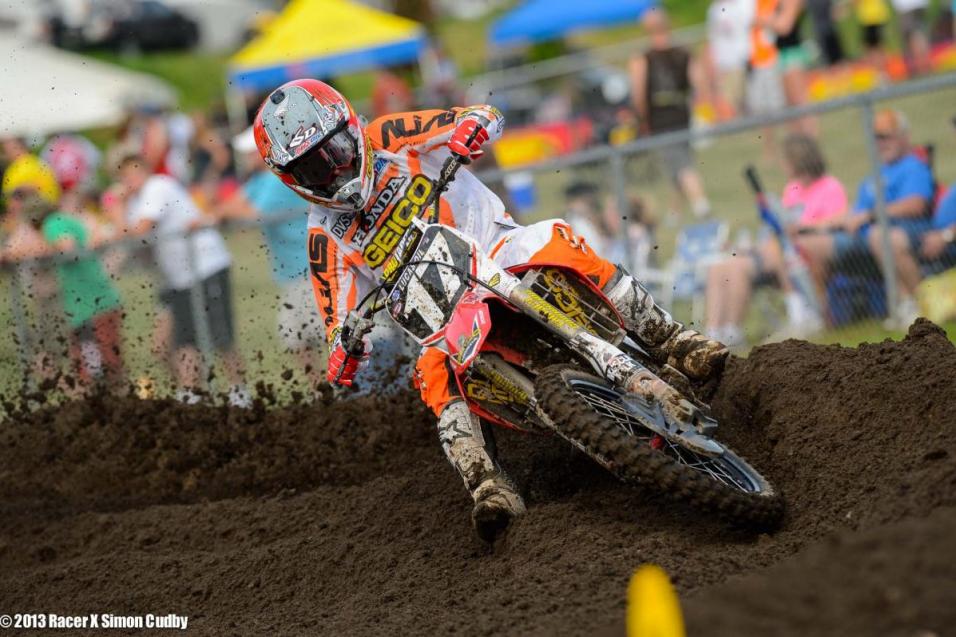 Seven points separated Red Bull KTM’s Ken Roczen and GEICO Honda’s Eli Tomac entering round 7 of the Lucas Oil Pro Motocross Championship from the Red Bull RedBud National. Tomac trimmed the lead a week earlier at Southwick with his second overall on the season, and cut into the points gap even further after a flawless moto one performance in which he lead from start to finish

Martin was aggressive early, pushing the pace to Musquin. The Minnesota native made an early pass to jump into a podium position, but later succumb to the Red Bull KTM ambush of Roczen and Musquin.

With Tomac riding off into the distance, the former World Champions were left to fight over second. Roczen pressured Musquin for the first half, eventually forcing a mistake from the Frenchman, as Roczen cleared LaRocco’s leap, while Musquin was unable to. Roczen took second with Musquin hanging on for third after a late charge by Jeremy Martin fell short.

Cole Seely, Cooper Webb, Kyle Cunningham, Blake Baggett, Wil Hahn and Zach Osborne would round out the top 10 in moto one.