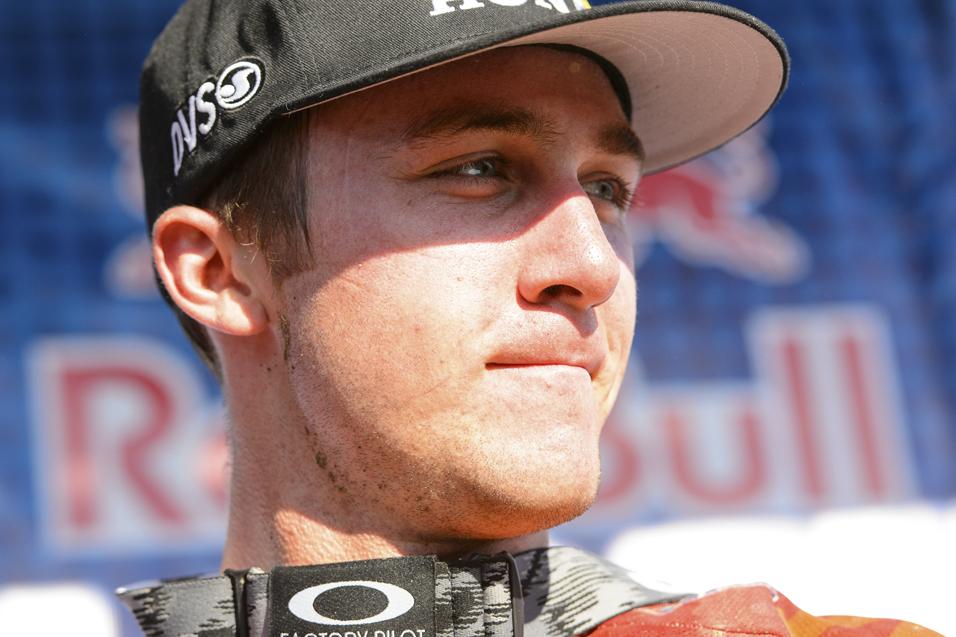 Jason Weigandt: Here, it's not just about what Honda gains, it's what they do to everyone else. By following the original Factory Connection plan of grooming amateurs into the pro team early, GEICO Honda locked their 250 competition out of a whole lot of talent, then reeled off tons of wins and titles. Now with the graduates, Trey Canard, Justin Barcia and Tomac hooked into 450 rides, it's going to make it awfully tough for Honda to not win a 450 title somewhere down the road. Tomac is three years younger than Ryan Dungey and four years younger than Ryan Villopoto. At some point, another generation is going to come to prominence, and the red riders could be the ones that do it.

KTM has Ken Roczen and Marvin Musquin locked in, so anyone else trying to find a spot at the front in, say, two years, is going to have to work the edges. Yamaha and RAM/RCH Suzuki made a run at Tomac, and for good reason—he was the best option if you wanted a seat at the fast guy table.

Much could now pivot on Blake Baggett and Dean Wilson's future. They certainly have the talent to be 450 front-runners, but injuries have made it hard to get a full judgment right now. Outside of them, a team will have to go even younger, and wait even longer, if it wants a shot at dominance down the road.

From the rider's side, nothing to report here, because they're sticking with the team they know. Tomac even tried other bikes and fielded other offers, so clearly he's staying because he wants to, not because he didn't have options. For Hahn, he escapes the fate of many top 250 pilots who can't find a place to hook on for the big bikes. For the parties involved, this is a big win, and for the competition, a big loss.

Jason Thomas: Excluding Ryan Dungey (who we all assume will re-sign with Red Bull KTM), Eli Tomac was the most sought after free agent of 2013. Early in the supercross season, this pursuit had reached a fever pitch as Eli was absolutely crushing the 250 West series. After a few mishaps and a less than stellar 450 campaign, this fever had cooled slightly. The rumor mill had slowed a touch but that wouldn't last long. With Eli returning to his winning ways this summer, suitors were once again knocking. RCH Suzuki had long been a player but they were joined by Yamaha and Monster Kawasaki late in the game. Meanwhile, his current team, GEICO Honda had been quietly lobbying to keep their young star. Most would assume this would have been a given all along but with new model growing pains for the Honda 450, it opened the door for Eli to shop himself around. Coming to a final decision had to be a long and tedious process. There were many factors to be considered such as personal sponsors versus team sponsors and the financial differences associated there. The long term ramifications of leaving Honda was also a factor.

He has been in the Honda program since his debut and those ties certainly had to play a role. Any issues he may have had with the current 450 will be figured out through testing and the success of Barcia and Canard this summer surely should have eased his mind.

In the end, I feel this is the right move for Tomac. GEICO Honda is a great place to call home and with veterans like Kevin Windham and Mike LaRocco around to guide him into the next phase of his career, the future looks bright. He will have good guy Wil Hahn as a teammate in supercross on the 450 and that should make it a comfortable atmosphere to be in week in and week out. Testing at the Honda track this off-season should be a sight to see as Honda's trio of Barcia, Canard and Tomac will all want to be the top dog. This competition at the test track is usually a very productive dynamic and might propel Honda's hopes of a title sooner than later. One thing's for sure, Honda has definitely fired a warning shot across the bow of the other factory teams. Big Red is back and looking to regain their place at the top.

Steve Matthes: When Eli Tomac won the final moto at the 2012 Monster Energy Cup in dominating fashion, it was looked upon as a sure sign that he would be one of the next great riders. That night Eli and the GEICO team talked about their future together as Tomac wrapped up one last year in the 250’s and then onto the 450’s as Kevin Windham’s heir apparent.

And then it was all of a sudden off. A lapse in getting the assumed-by-everyone-deal done happened and RCH Suzuki, JGR Yamaha, Monster Kawasaki all jumped in with their recruiting pitches. All along I’ve been saying and writing that I had no idea why Eli and family would look anywhere else but what he knows—the GEICO Honda squad. After Eli’s so-so 450SX rides, the predictions in the pits was it would be ABH for Tomac as in, Anyone But Honda. To me, the GEICO program is a perfect fit but then again, you only get one chance as the hot, cool thing and only one chance to cash in so I suppose you have to look out there. But just ask The Fine Young Cannibals what happens when you’re no longer the hot cool thing.

Thankfully for everyone, cooler heads prevailed and Eli is back with the Red Riders with a great team and a factory bike. And yeah, he may have not enjoyed that 2013 CRF450 all that much in supercross this year but it’s Honda. They’ll figure it out, just like they did with the 2009 (and in talking to people who are at Honda and have raced both bikes, the all-new 2013 CRF450 is not anywhere near as off as the all-new 2009 CRF was) and Tomac will be happy.

I love this move from every single side. I don't think signing with anyone else was going to be better for Tomac as there were serious questions (at least to me) with every other option out there. This is like that sequined glove that MJ wore- a perfect fit.

Justin Barcia, Trey Canard and now Eli Tomac? Wow. This just in, Honda is loacked and loaded for at least the next few years. It’s going to rain red all over the place real soon.