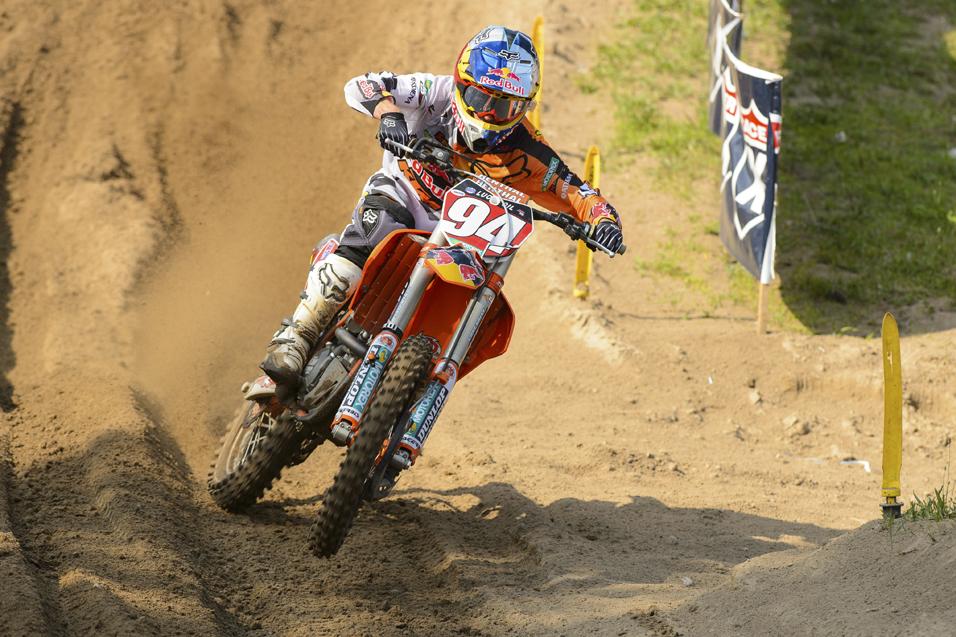 Advertisement | Advertise with Us
The Wick 338 Southwick, MA Southwick Lucas Oil AMA Pro Motocross Championship
How ironic that just a few days ago, Racer X's own Aaron Hansel brought up the fact that Red Bull KTM's Ken Roczen was in need of better second motos (after taking the first-race wins in four of five rounds so far) and that GEICO Honda's Eli Tomac needed to start securing better first-moto results (seemingly saving his blitzing speed for the second time out). At the whooped-out Chaplin Kawasaki Southwick Moto-X 338 National, the two series frontrunners reversed those trends and swapped moto wins—Tomac the first time out and Roczen in the second. Obviously, both worked on what they needed to work on during the off-weekend.

Behind them, however, Roczen's teammate Marvin Musquin had another off day, his second in a row after winning Muddy Creek and High Point back to back. He was taken down on one start and seemed to struggle from there. Monster Energy/Pro Circuit Kawasaki's Blake Baggett appeared ready to build on his Budds Creek win after running second in the first moto, but he lost his gains in points during the second race, finishing eighth. 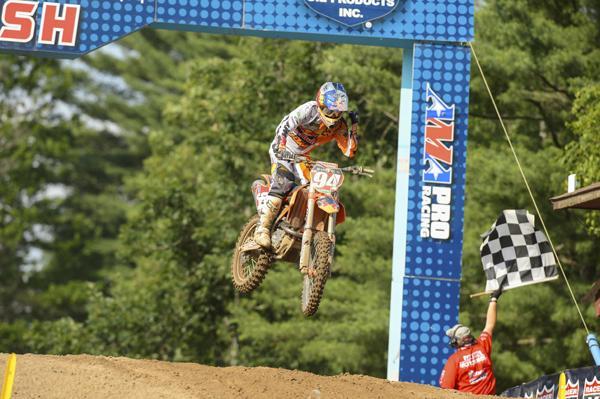 Ken Roczen secured the win in the second moto after a third in the first.
Simon Cudby photo

With all that in mind, it's starting to feel like this title match, once seemingly a free-for-all, is boiling down to Roczen vs. Tomac, just as the 250 West did in Monster Energy Supercross. Both are versatile and strong, and while there's still a ways to go, this one may go down to a simple question of survival: The man who makes the first big mistake might be the one who gives this thing away.

And nice ride by Zach Osborne. I had him down as a long-shot winner, and a solid third meant he was at least on the box.

As for the prodigy Adam Cianciarulo, his second pro race went a little better than his first—he held off the late-charging Musquin at the end of the second moto—but he's not the fastest rookie in the class right now. That distinction still goes to Cooper Webb, who came from behind to seventh in the first moto, then suffered an expired motorcycle the second time out.

Now RedBud looms large for everyone—and that goes for both classes!