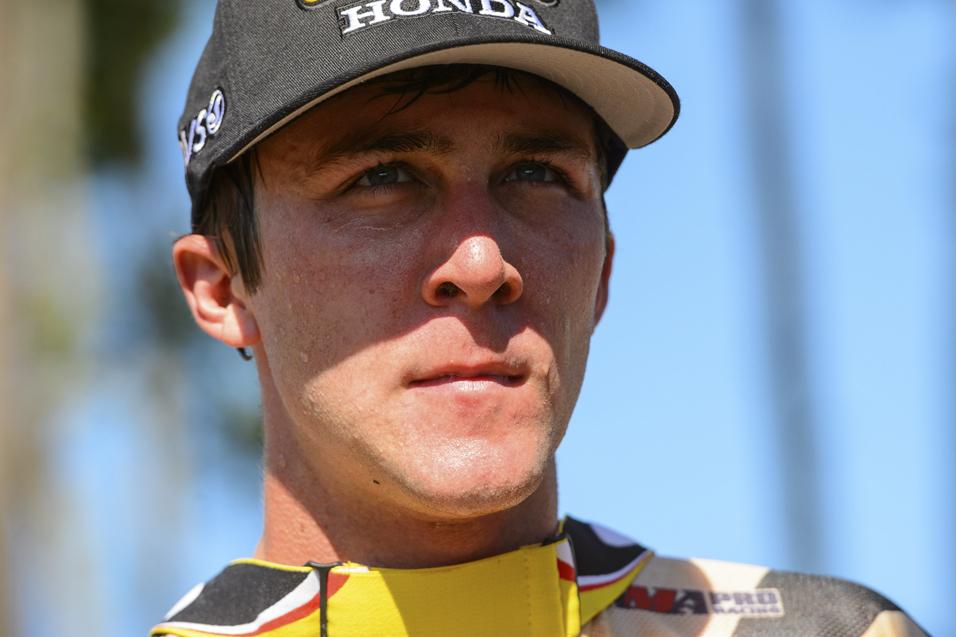 The End of an Era
John Dowd will end his career where it all began 26 years ago. The Junkyard Dog, whose name is synonymous with Moto-X 338, made his mark in the deeps sands as a local NESC privateer back in the late ‘80s. Dowd would eventually reach the pinnacle of the sport, but Southwick will always hold a special place in his heart. With 2013 more than likely the last race at the famed track, the two-time Moto-X 338 champion will end his career on his terms, at his track. Check out his fan page on Facebook if you want to order up one of his commemorative t-shirts.– Chase Stallo

Barcia’s Turn?
Justin Barcia’s resume at Southwick speaks for itself. The native New Yorker (or, as Weege reminds us, he was born New Jersey and then moved north) spent plenty of time here in his younger days, and that’s led to great success as a pro. He won the overall in his rookie season (2009), won a moto en route to second overall in 2010, and rattled the Ryans on a 450 in 2011, even winning the second moto. While he has tapered off a bit lately since his hot start to the season, Southwick may be his best opportunity to undo the stronghold the Ryans have had on the series thus far. – Chase Stallo

Ryan vs. Ryan
Barring something unforeseen, the 450 Class championship is lining up to be a two-man showdown between Ryan Dungey and Ryan Villopoto. The two squared off at Southwick in 2011 with Dungey capturing the win in the first moto, only to have mechanical issues in the second—leaving him without a bike until the first half of lap one. Coming off his best race of the season last week at Budds Creek, and the overall win last year at Southwick, Dungey has momentum on his side as the rivalry heads back to the Northeast. Can Dungey chip away at the points lead, or will Villopoto regain momentum? – Chase Stallo 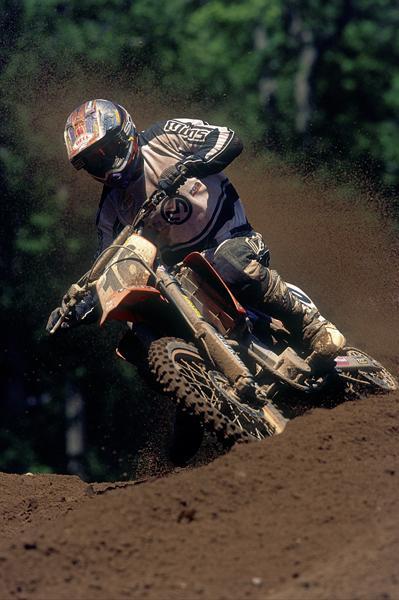 One more go around for Dowd.
Simon Cudby photo

Four-Way Battle
While the 450 Class title chase is shaping up to be a two-man battle, the 250 Class looks to be a four-man donnybrook to the finish. Marvin Musquin, Ken Roczen, Eli Tomac and Blake Baggett have all captured an overall through five rounds and just thirty-two points separate first and fourth. And Baggett sliced off a dozen points just last weekend. For a few rounds, the KTM duo seemed to have this thing under control, but last week Baggett and Tomac bounced back. Which way will momentum swing this weekend? -- Chase Stallo

Title on the Line
Southwick will mark the final leg of the WMX Triple Crown. Six-time WMX Champion Jessica Patterson, in her last WMX race before she transitions to GNCC Racing full-time in 2014, is fourteen points behind Honda Muscle Milk’s Sayaka Kaneshiro—who is seeking her first career title. If Patterson were to gain the maximum amount of points (50), Kaneshiro would have to finish 4th or worse in each moto for Patterson to win the title. Can Patterson walk off into the sunset with her seventh WMX crown or will Kaneshiro pop the champagne on her first? – Chase Stallo

Metty's Back
Brett Metcalfe hasn't raced in the United States since a bad crash suffered when his bike ran out of gas in practice last July. Unable to pick up a ride, Metcalfe opted to race the Canadian Motocross series in 2013. Well, the Australian is temporarily leaving Canada to make an American homecoming this weekend at the Moto-X 338 National. The last time Metcalfe raced at Southwick was in 2011, and he ended up taking the win. The year before that he was on his way to a win before running out of fuel. How will he do this time around? – Aaron Hansel 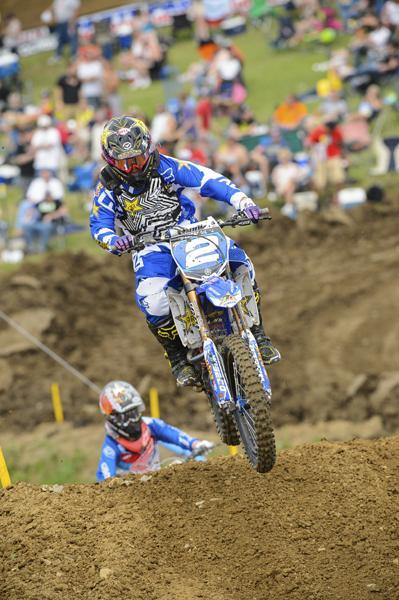 Patterson is going for her seventh title at Southwick.
Simon Cudby photo

Locals Only
Every track has special lines and tricks known only to the locals that put in lap after lap there throughout the year. This is especially true at Southwick, where it seems that every year a few locals turn heads by pulling in impressive results or setting scorching lap times in qualifying. Remember Mike Sotille setting the fastest time of anyone in the 450s a few years back? It can happen. Will any local assassins make their presence known this year? -Hansel

Getting it Right the First Time
Although GEICO Honda's Eli Tomac has had some extremely strong rides in the second motos this year (last week at Budds Creek he was nearly five seconds a lap faster than anyone on lap eleven of moto two), his first moto performances haven't quite been up to his own high standard. With many strong competitors in the class, he's going to have to start winning some first motos too if he wants to pull in a 250 National Championship this year. Last year, though, he dominated Southwick’s first moto. Where will Tomac finish this time? -Hansel 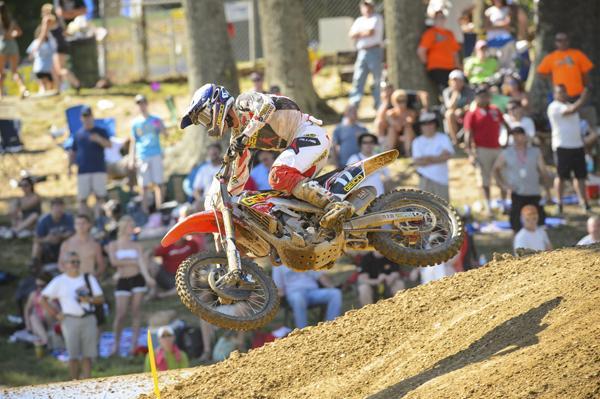 Tomac is looking to close the points gap at Southwick.
Simon Cudby photo

The Durhaminator
Monster Energy Pro Circuit Kawasaki's Darryn Durham hasn't had much of a chance to show his full potential this year. He finally got back in action for the Nationals after getting over several injuries, only to injure his leg at Hangtown. He's still been racing, but his leg was holding him back. But last week at Budds Creek he took a gigantic step forward by leading the second moto for the first ten laps. Can he repeat, and possibly even improve, that performance at Southwick? -Hansel

T-Hahn
Quite a surprise to see the National #58 in the pits today. Who does that number belong too? Tommy Hahn! It appeared Tommy, who podiumed the first 450 moto here last year, was retired, but he’s been training some rides back home in Texas and felt good enough to go racing. He’ll race Southwick and Red Bud before heading home again. He’ll have the adrenaline flowing and might be a sleeper pick for a holeshot. Holding on for 30 plus two in the sand might be a different story, but either way, it will be cool to see him out there two more times. – Jason Weigandt