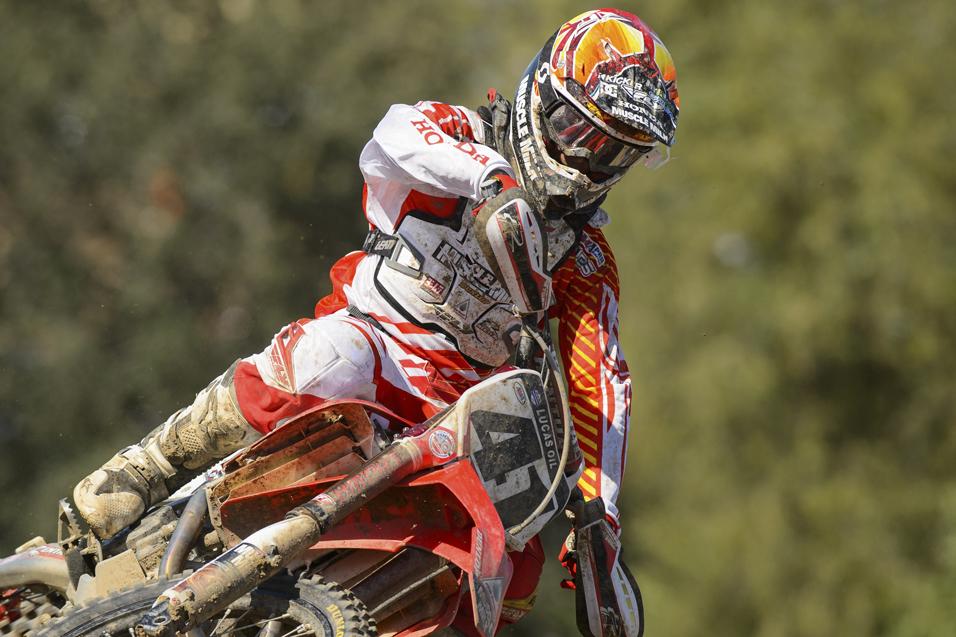 At first glance, the results of the 450 Class at the Red Bull Hangtown Classic were not exceptional. In fact, the moto scores for the first round were identical up to a point: Ryan Villopoto (1-1), Ryan Dungey (2-2), James Stewart (3-3), Trey Canard (4-4), Justin Barcia (5-5). Nothing really out of the ordinary there, as those were basically the five men most assumed would be at the sharp end of the pack.

But upon closer inspection, there was more to some of those rides. For instance, Saturday marked Villopoto's first national in a year and a half, the Monster Energy Kawasaki rider having missed all of last summer with knee surgery. Of course he returned for supercross and took another title there, but he showed no signs whatsoever of any lack of speed or spirit for the outdoors (and the Hangtown track prepared by the Dirt Diggers was downright rough for a first test).

Dungey was also impressive, even though he saw a career-best ten-race winning streak end in Lucas Oil Pro Motocross. But he wore that #1 plate well—the first #1 plate to race on the front of a KTM in the history of AMA Motocross. 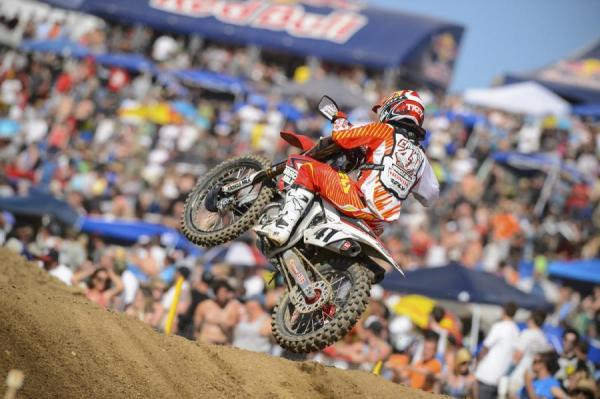 Stewart showed signs of his old speed but seemed to follow a strategy of just staying off the ground and finding his form, rather than risk another costly crash early in a series. The former champion started out fast on the Yoshimura Suzuki and finished strong, but he was a click off the lap times of the faster Ryans.

Canard, like Villopoto, was making a comeback from a long time away—out of the outdoors since July '11 when he has that horrific Washougal crash. And like Stewart, he seemed to favor a brisk but comfortable pace rather than charging after it and overdoing it in the first round. I expect both to be faster this weekend in Colorado.

As for Barcia, he was the one guy in the top five who might have had the most work to do this week. He was fast, but he seemed to be caught between the levels of the elite ahead of him and those behind him.

Of course Chad Reed was just plain not feeling good in his own comeback, and he will likely be a different rider this weekend.

Below them, new TLD Honda rider Malcolm Stewart was very fast in the first moto and seemed to have sixth place on lockdown before his bike let go after running out of coolant; his second moto saw him pass twenty-one riders for fifteenth, good for a share of the RC Hard Charger Award for passes made. Mike Alessi probably expected to be up there with those top five guys after dropping out of supercross early, but a crash in the first moto knocked him back to twelfth. Tyla Rattray and Dean Wilson did not get off to great summers on the new Monster Energy/Pro Circuit Kawasaki team, nor did JGR Yamaha's Justin Brayton and Josh Grant, who were both outpointed in the overall tally by Travis Preston, back for just a day. And good on Ryan Sipes, out for much of supercross but now riding a 450 for Rockstar Racing. And Weston Peick was once again the top privateer, his work ethic and sheer talent become more and more obvious every weekend. 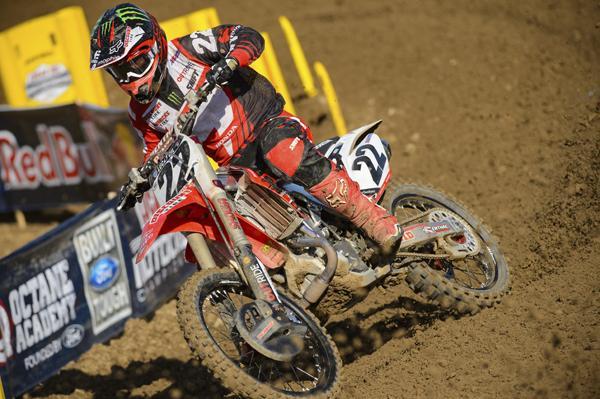 For the top five, they all know they couldn’t win the title at Hangtown but could very easily lose it with a big early mistake. Expect the pace to pick up a little with all of these guys (though that seems almost impossible for Villopoto if you watch his GoPro footage). And they will all have a little extra to prove this weekend, as the series is joined by the very fast and capable Rockstar Suzuki riders Clement Desalle and Kevin Strijbos of Grand Prix fame. The Rockwell Watches Thunder Valley National is going to be just like starting over for everyone, and a lot of guys outside that top five could use the do-over.