Torrance, CA: American Honda proudly announces Dan Betley as the new Honda Muscle Milk team manager beginning with the opening round of the 2013 Motocross season at the Hangtown Classic in Sacramento, CA. Betley successfully filled the role during the 2013 Supercross season as he led the team to two victories and six additional podiums.

Since he began his career with Honda in 1989, Betley has held multiple positions within the race team, including his most recent as Engine Development and R&D specialist. He has worked with many high profile motocross champions such as Jeff Stanton, Jeremy McGrath and Ricky Carmichael, making him highly qualified for the role as team manager. 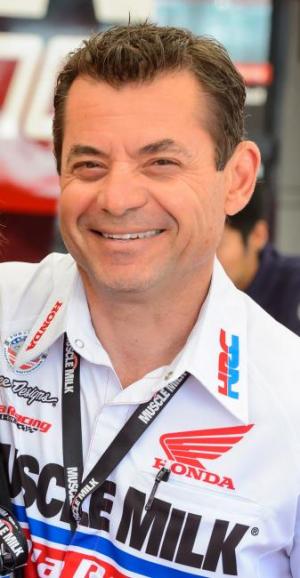 “Dan has been with Team Honda for many years and has played an important role in the team’s success,” explained Honda Race Team Director Ray Conway. “It seems natural for him to move up to Team Manager and he has done a great job filling in during the 2013 Supercross season.”

“I’m looking forward to transitioning into my new role,” explained Betley. “It’s a challenging job but I got a good feel for what it entails while filling in during the 2013 Supercross season and I’m grateful Honda chose me to continue as team manager. We have two extremely talented riders in Trey Canard and Justin Barcia and a great team behind them, so I am looking forward to a successful Motocross season.”