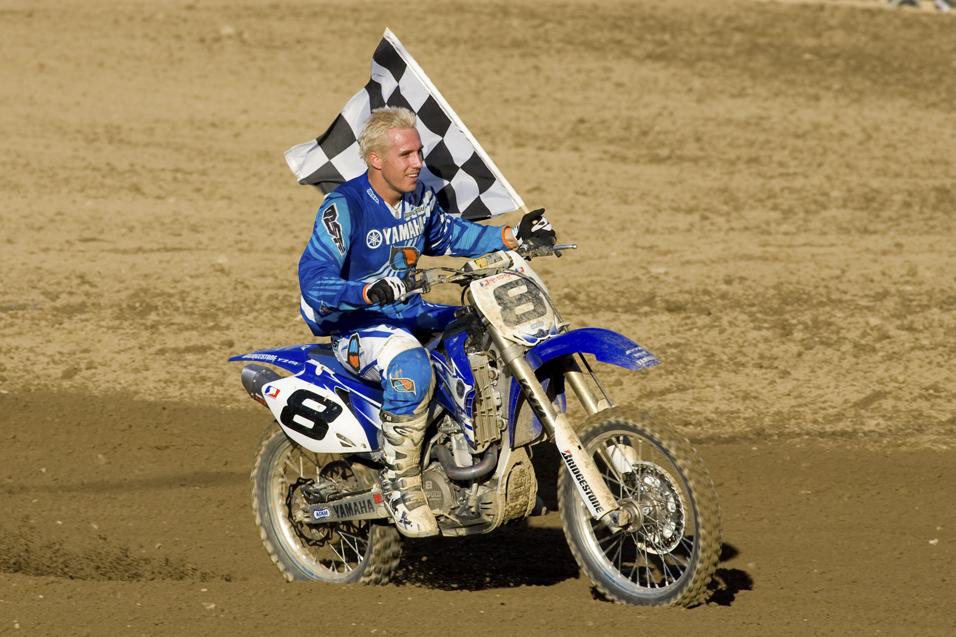 When Grant Langston landed in America in 2001, he was already a 125cc world champion. KTM had shipped the charismatic South African across the Atlantic Ocean in hopes that he would help them claim their first major motocross title in America. He nearly did it in his first year, overcoming an early separated shoulder, only to have his back wheel collapse on him two laps from the finish at the final round.

Two years later, GL's karma was much better. He became the recipient of some good luck when defending 125cc National Champion James Stewart was forced to miss the first four rounds with his own shoulder injury. That left Langston battling with his Red Bull KTM teammate Ryan Hughes all the way to the last round, only to see the race at Kenworthys canceled due to flooding. At the time of the flood, Langston held a seven-point lead over Hughes, even though he had yet to win a race. He was crowned the 2003 125cc National Champion.

Grant Langston came to America in 2001 and almost won a title in his rookie year.
Simon Cudby photo

Langston would eventually leave KTM for the Monster Energy/Pro Circuit Kawasaki team, for whom he would win four 250 Nationals in 2005, although injuries and inconsistency prevented him from getting the title. He then went to Team Yamaha, where he once again found himself in the right place at the right time for a championship.

Ricky Carmichael had chosen 2007 as the year he would transition out of being a full-time racer. He won all six rounds he entered, then took his leave at the Spring Creek National. That left James Stewart in the driver's seat for the title, but then he suffered a season-ending knee injury at Washougal. The championship was thrown wide open to the likes of Mike Alessi, Tim Ferry, Andrew Short, and Langston. Grant put in a fantastic sprint to the finish, sweeping the last three rounds of the series to claim the 2007 AMA 450cc Motocross Championship. He always seemed at his best in high-pressure moments.

Unfortunately, Langston would never get to run that #1 plate due the development of a cancerous tumor in his eye that robbed him of enough vision and focus to bring about the premature end to his racing career. Surely, he had many more great races in him, but that 2007 season ended up being his only full year in the 450 class.

Langston won his only 450 title in 2007.
Andrew Fredrickson photo

But when you add up his twelve national wins and two motocross titles between 2001 and 2007, Grant Langston ranks as our 29th greatest rider in the history of Lucas Oil Pro Motocross.