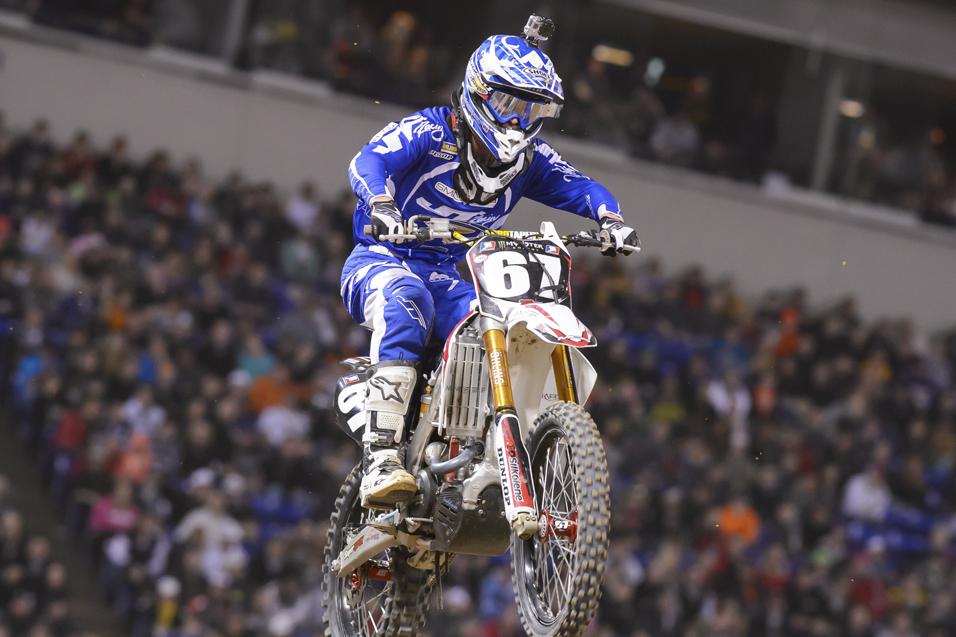 - Rockstar Energy Racing’s Davi Millsaps continues to deal with a nagging knee injury. While he says it doesn’t hinder his endurance, his off the bike training has suffered. “I can’t really do anything off the bike that much, so that kind of hinders me. But I can do bicycle rides; I just pedal with one leg. But as far as working out and stuff like that goes it hinders me a lot during that.” Millsaps hasn’t actually tried to find out what the knee injury is, because he’s in the middle of the supercross points battle and knows he’ll have to race every weekend no matter what. But he says he’ll have the knee checked after Las Vegas to try to set up a plan of attack for the Nationals.

- No word from the Stewart camp yet on the results of his wrist injury sustained in Minneapolis that led to the Yoshimura Suzuki rider pulling out of the main. Stewart was scheduled to have the wrist examined today. We will provide an update as soon as more is known.

- Ryan Villopoto is once again locked in a title battle that could push to Vegas. The Monster Energy Kawasaki rider dealt with the same scenario in 2011, and the supercross focus took significant time away from his outdoor prep. An illness didn’t help, either, and RV ended up in a points hole through the first few 450 National rounds. His trainer Aldon Baker says they learned a lot from that year and have made the proper adjustments to have Ryan running strong come Hangtown. 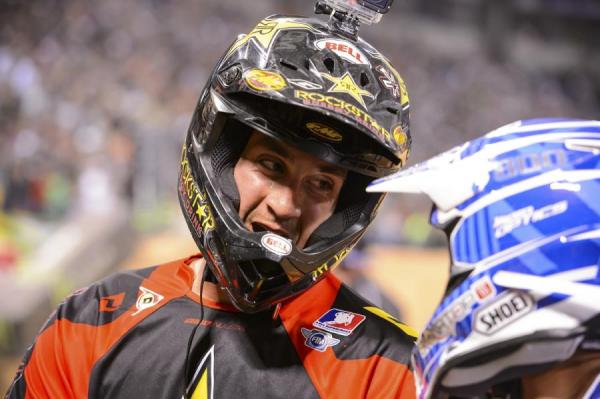 Millsaps will have his knee checked out after the supercross season.
Simon Cudby photo

- Speaking of Hangtown, according to the team, Dean Wilson is expected to be on the gate come May 18, which is good news for the injury stricken Monster Energy/Pro Circuit Kawasaki squad. If all goes according to plan, Wilson will make his 450MX debut at Hangtown. Tyla Rattray will join Wilson on a Pro Circuit 450 for the Nationals, although he will still race a 250 through the final rounds of 250 West Supercross.

- Although he’s yet to reach the podium since a third in Daytona, Honda Muscle Milk’s Justin Barica is still having a solid 450SX rookie year. Following a second-consecutive fourth in Minneapolis, Barcia has now recorded seven-straight top five finishes.

- BTOSports KTM’s Andrew Short is beginning to gel on the KTM, recording his best finish since Anaheim III with a sixth in Minneapolis. Les Smith, who pits under the BTO tent for Team Witt’s End Racing, had a big crash in the main and was seen begin carted off by the Asterisk medical team. We hear Les suspected broken ribs but they checked out okay. We’ll follow up in this week’s Recharge: Injury Report in a few days.

- N-Fab/TiLUBE Yamaha’s Phil Nicoletti, whose been solid following an early season slump, was seeking his first career 450SX top ten before crashing after the whoops. Nicoletti would fail to finish the race. “I really wanted to finish strong this weekend,” said Nicoletti. “Unfortunately I got a little sideways in the whoops and went down. It wouldn’t have been so bad but the rider behind me wasn’t able to avoid my motorcycle and just smashed it. Still, my confidence is good and I know I can earn a top 10 finish in a main before the end of the year.” 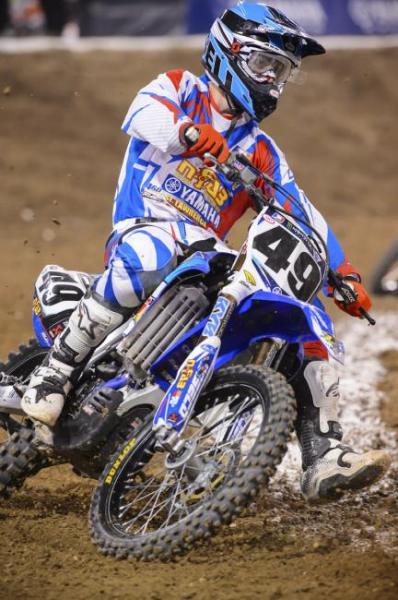 - Arguably the most overlooked rider all season has been privateer Weston Peick. The brawny former high school football player recorded his second top ten of the season in Minneapolis and currently sits 14th in points.

- Motoconcepts’ Gavin Faith continues to shine down the stretch. A week after a career high fifth in Houston, Faith used the Blake Wharton/Tyler Bowers incident to his advantage and held onto a fourth in Minneapolis—besting his previous career high.

- Following a first turn crash in his heat race, Munn Racing KTM’s Lance Vincent bounced back to dominate the LCQ. Vincent caped the night with a career high sixth place finish in the main.

- Steven Clarke continues to ride under the radar. In his first year back in the States, following stints in Australia and Europe, Clarke has recorded back-to-back top tens, including a season high ninth in Minneapolis.

- Rock River Yamaha’s Ben Lamay was an impressive eighth-fastest overall in 450 practice and made his fifth main event of the year, finishing 17th.

- Ryan Dungey’s historic win in Minneapolis stole the headlines, but it wasn’t the only homecoming. Rookies Mitchell Oldenburg and Zach Williams are also from Minnesota. Oldenburg, who now calls Texas home, has been battling a cracked collarbone, but gutted out an eleventh-place finish. Williams would finish the night in nineteenth. 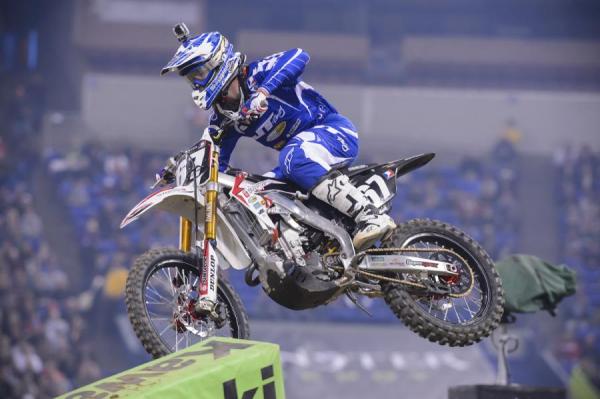 - Vince Friese and Cole Thompson found each other late in the race for a second time this season—remember their bizarre finish in Toronto? Friese came from way back following a bad start to catch and pass Thompson for sixth. But Thompson would run Friese high moments later following the first rhythm section, sending both riders to the ground. Thompson would later apologize via Twitter for the incident. Friese finished seventh, while Thompson held on for tenth.

- NINE: Number of three digit riders that made the 250SX main in Minneapolis.

- Eleven10 Mods troubles continued in Minneapolis. The team was unable to make it to Minneapolis in time for tech inspection due to problems with their box van, according to the team. That meant both PJ Larsen and Brady Kiesel were unable to compete in practice and missed the main.

- Fresh off his first career top ten finish, privateer Daniel Herrlein was in position to post a career high (eighth) when he went down hard in the whoops. Herrlein would finish the night thirteenth.

- Congrats to Maxx Malatia, Ozzy Barbaree, and Landen Powell on making their first 250SX East Region main events of the season in Minneapolis.