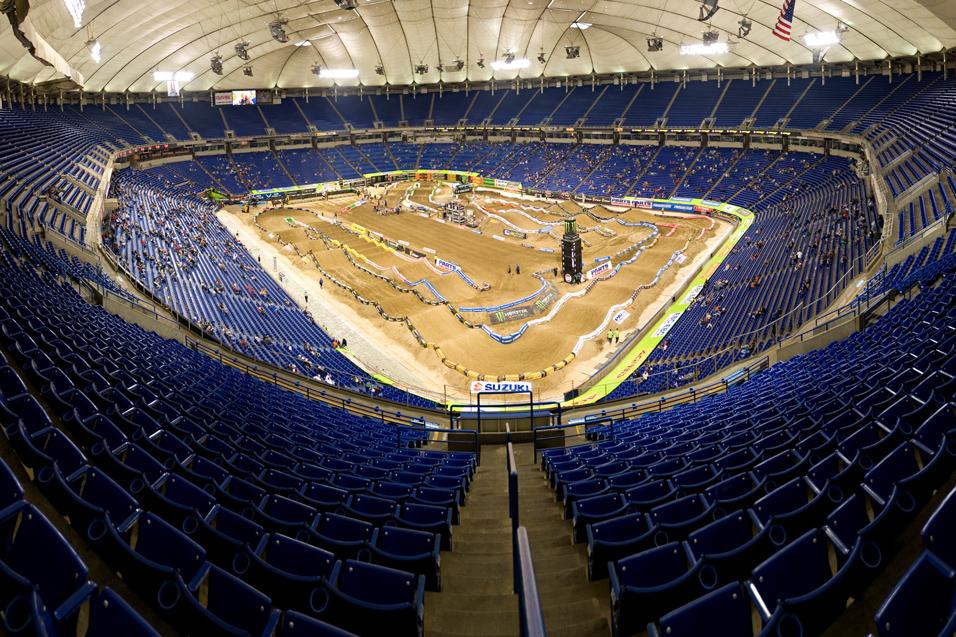 Hello, everyone, and welcome to the Rev Up. For round 14 of 2013, Monster Energy Supercross heads to one of the most underrated cities in America. Known as “The City of Lakes” and “The Twin Cities”, Minneapolis/St. Paul is a culture rich hotbed, with a good time around every corner, especially at the Mall of America located in nearby Bloomington, MN. That noted, the best time to be had this Saturday night will be inside the Metrodome. The Supercross world will be anxious to see if Monster Energy Kawasaki’s Ryan Villopoto can make it six in a row, and how the next-to-last round of the 250 East Region is going to play out.

Villopoto’s dominance and the tight points battle in the 250 class are the headliners, but there is a seething amount of energy beyond that. The bad blood following Houston has been documented and with the indoor season winding down in a hurry, I wouldn’t be looking for cooler heads to prevail. Things get kooky down the stretch as tension, desperation and championship pressure could manifest some Minnesota madness. Let’s take a gander at the two championship divisions preparing to fire off.

450
The aforementioned Villopoto is doing the best SX riding of his career. He has controlled the five previous main events from either the drop of the gate or the first couple corners, and until someone gets in the middle of that, he will rock on. Home state hero and Red Bull KTM pilot Ryan Dungey is close on speed, and he’s been steady. The 2010 SX Champion has finally almost caught Rockstar Energy Racing’s Davi Millsaps in points but he needs a miracle to have a chance at Villopoto come Las Vegas. His long-time personal endorsement sponsor Target also calls Minnesota home and he’ll have more than a little extra to race for. I’m looking at Yoshimura Suzuki’s James Stewart to be particularly strong this time around. Speaking of a little extra to race for, one of James’ musical preferences is Minneapolis born pop icon, Prince. I want to see The #7 roll out for opening ceremonies to Purple Rain, with that big wig on that he ran a few years ago. Then I'd like to see him start ahead of RV. Maybe he can hang on and shake things up. 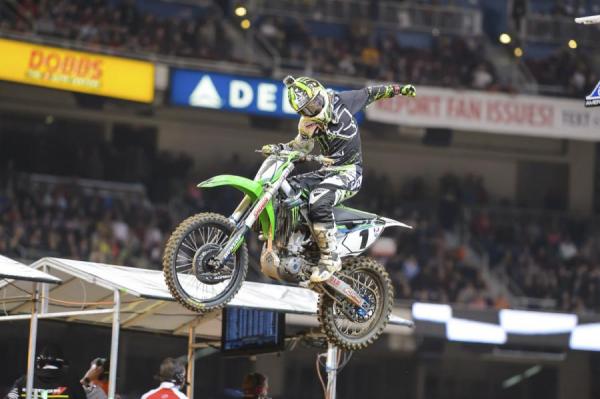 RV goes for six in a row in Minneapolis on Saturday.
Simon Cudby photo

Beyond those four, Muscle Milk Honda’s Trey Canard has begun to show stronger form, and so has Dodge/Sycuan RCH’s Josh Hill. Hill actually won this event in 2008, and it would be a hell of a story if he could land his team their first podium of 2013. Then it will be interesting to watch Hill’s teammate Broc Tickle and BTOsports.com KTM’s Andrew Short and their rilvary. While exciting, there isn’t much merit in taking each other out for eighth position and I hope both decide to race to the front instead. Meanwhile, Canard’s teammate Justin Barcia has been relatively quiet in “Bam Bam” terms, and he is another rider who can affect the current 21-point series lead.

Only four main events remain and while Millsaps hasn’t won since the series left California, he is still second in points, and you just never know. If RV goes through a crash, a mistake or a freak mechanical, I guarantee you the first thing he'll look for is where the #18 (and now #5) are running on the track. That glass slipper still has a chance to fit. 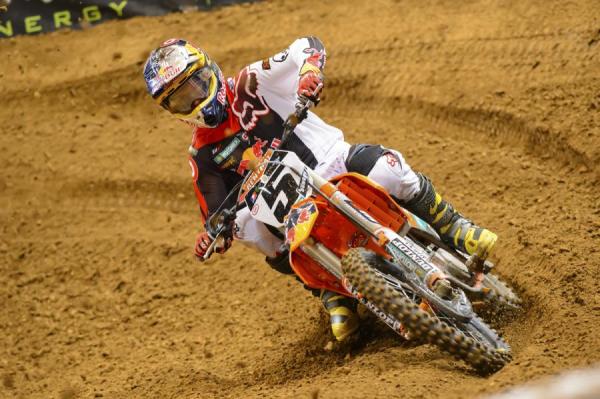 250
These kids have been exciting all series long. GEICO Honda’s Wil Hahn was able to extinguish the three-race win streak of Red Bull KTM’s Marvin Musquin and build his point lead, but failing to win last week could prove costly. Not to take anything away from Rockstar Energy Racing’s Blake Wharton, who was the fastest and most aggressive rider in Houston, but Hahn really needed to win that race. This trio only have the 15 laps this Saturday night, and the crucible of pressure at the finale to decide who will be champ. The only thing that’s for certain here is that no more riders need to get injured. Let’s hope the racing gods are merciful from here on out and this #1 plate goes to the best man. It’s going to be tense. Especially if Tyler Bowers gets into the middle. He very likely can!

In closing I want to reiterate how cool the Minneapolis SX is. The cold temperatures (still snowing up there) and having so much to do has rarely kept this city from producing a massive and enthusiastic crowd. Jeremy “Showtime” McGrath always said he loved this venue, and the fans up there really, really loved him. His six-consecutive wins inside the Metrodome from 94-99 cement that. Villopoto is on a six-race streak of his own in 2013 and he can already see the light at the end of the tunnel. He has more than proven he deserves to win his third consecutive title, and just has to finish the game. There are 80 laps of the most unforgiving sport in the world in his way and there is still some worry. If he is able to win his sixth in a row this weekend he’ll put himself in a position to scratch the Las Vegas Supercross off said worry list. 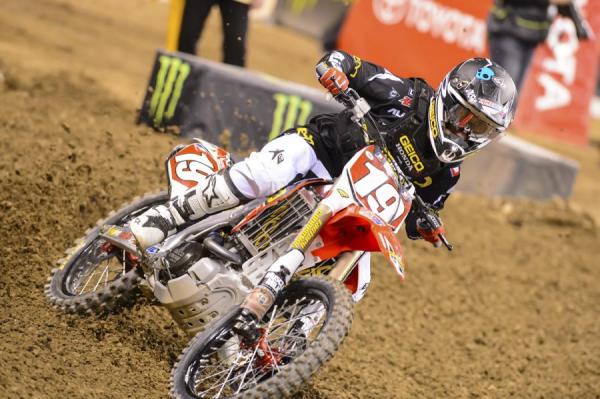 What kind of a weekend is it going to be? Can Ryan Dungey have a huge weekend in front of his hometown fans? Will the SX artist formally known as Bubba nail another one down? Where are the Barcia, Canard, and Millsaps fans at? Supercross is on the board again, folks! Four to go!