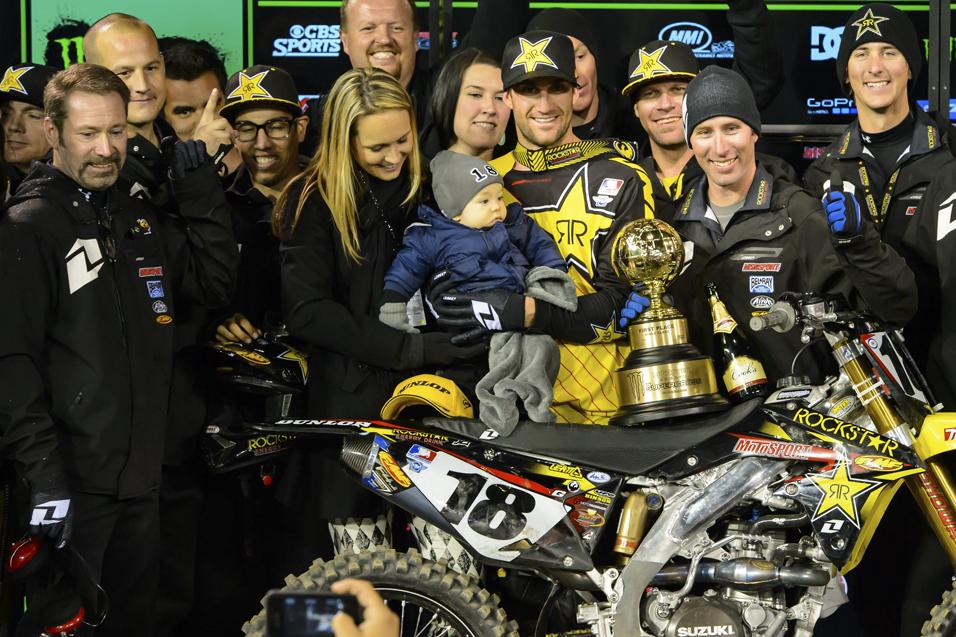 April 10, 2013 3:30pm
by: Aaron Hansel
Metrodome Minneapolis, MN Minneapolis Monster Energy AMA Supercross Championship
No matter where the riders of the Rockstar Energy Racing team end up in the standings this year, the squad has already pulled off something truly special by winning races in each class. Currently, Davi Millsaps has a pair of 450SX wins to his credit and sits second in the points, while his teammate Blake Wharton has a single win (but can we just say he’s got 1.5 wins after throwing away a sure in Indianapolis with less than a lap remaining?). Davi sits second in 450 points, while Wharton sits third in the 250 East points. And had Blake not tossed it away in Indy, he’d be in second place, just eight points back of leader Wil Hahn! That’s remarkable for any team these days, but even more incredible is that the Rockstar Energy Racing team is not a factory effort. When was the last time a non-factory team was able to win races in both classes in the same year? We hit the record books to find out for this week’s Bench Racing Ammo.

In 2010 the GEICO Honda Factory Connection team actually took wins in the premier class and both regional classes. Windham won in Seattle and Salt Lake City (the final two supercross wins of his career), Canard took top honors in Anaheim and San Francisco and Barcia won in St. Louis. Yes, we know what you’re thinking, so before you start burning holes in your keyboard for the comments section below this story, we’re going to beat you to the punch by saying the Factory Connection team does indeed receive help from Honda, and the 250 effort is considered Honda’s official factory team in that class. Rockstar Energy Racing doesn’t get that level of support. However, we’re still talking about direct factory teams verses satellites, and even those with factory support have had scant success in both classes in the same year. Objection overruled! 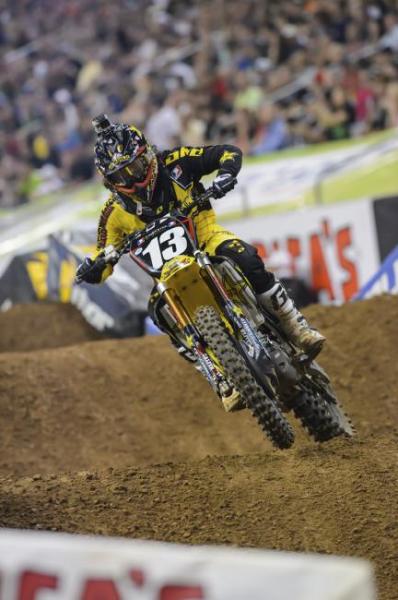 The Factory Connection team does it again with Windham taking wins in Houston, Daytona, St. Louis, and Seattle, Weimer in Phoenix and Canard in Atlanta, Indianapolis, Daytona, and St. Louis.

A double dose of Factory Connection with Windham winning a muddy opener in Anaheim and Billy Laninovich taking the first and last win of his career a few weeks later in San Francisco.

This is beginning to sound like a broken record with Factory Connection coming through once again. LaRocco pulled off the win in Anaheim and Preston took the checkers in Anaheim and Dallas. Preston also won the 2002 125 West Championship. LaRocco? He got an introduction to the Nitro Circus when Travis Pastrana landed on his arm, breaking it and his 250 title chances. 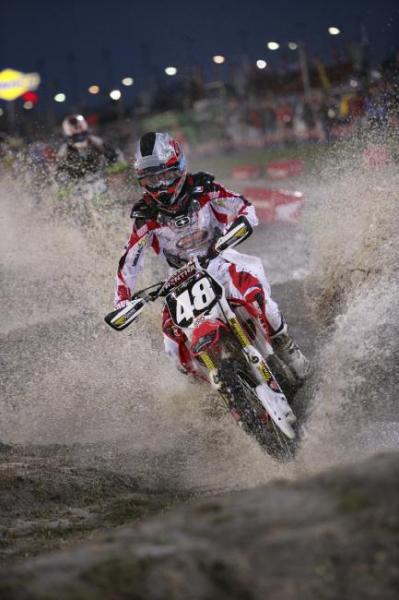 In 2004, even though they didn’t win any 125 races, the Factory Connection squad did manage to take wins in the premier class with two different riders. Windham won in Phoenix, Anaheim, Minneapolis, Salt Lake City, and Las Vegas, while LaRocco took what would be the final win of his career in front of his hometown fans in Indianapolis.

If you go back into the 1990s, satellite teams were just beginning to get traction in the industry, and the traditional factory teams dominated most classes, especially the big-bike division, each weekend. Credit to teams like Pro Circuit and Honda of Troy for their success in the small bores, and Chaparral Yamaha for grabbing 250 supercross wins and titles with Jeremy McGrath. But success in both divisions? Rare for anything but a factory team, and remember, Factory Connection indeed has a factory connection. Rockstar Energy Racing is changing the game, and in many ways, in a league of its own.