MORGANTOWN, W. Va. - With only two rounds of the 2013 AMSOIL Grand National Cross Country Series complete, the championship battle is already taking form. Never before has there been such a deep field of talent-from the most seasoned veterans to the rising stars of the sport-all fighting for the championship title. Teammates Kailub Russell and Charlie Mullins will each head into Round 3 wearing the reverse number plate combo with red numbers and a white background, indicating that both riders currently share the points lead.

In fact, the last time two XC1 riders were tied in points was in 2012 when Russell and defending champ Paul Whibley entered Round 7 co-leading the series point standings. One thing remains consistent, though, and that's Russell's involvement in the title chase-although Mullins, Whibley and even 2010 champ Josh Strang, may have the upper hand as they've all secured a GNCC title at least once before. 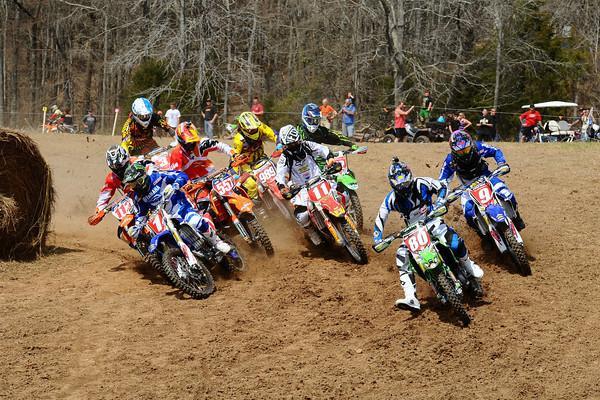 The XC1 field is stacked this season.

Things haven't gone smoothly for AmPro Yamaha's Whibley in the first two rounds as the 2012 champ currently sits fifth place in the overall standings. Whibley hasn't finished off the podium two consecutive times since Rounds 3 and 4 in 2011, further proving a less-than-ordinary start to the season for the New Zealand native. Whibley is known for his persistent attitude and hard work ethic both on and off the racetrack, which can only mean positive things for the remainder of the season.

This weekend, the series heads to Morganton, N.C. for the FMF Steele Creek GNCC, where the XC1 Pro Class could potentially see a third unique race winner for 2013. Rocky Mountain ATV/MC's Josh Strang has swept the last two Steele Creek events he's entered (2010 and 2011) while he didn't compete in 2012, making him a heavy favorite this weekend.

Factory FMF/KTM's Russell claimed the 2012 Steele Creek victory over Whibley, while Mullins was nowhere to be found at the end of three hours. However, this year's stacked field of competition provides an open slate for a race win.

Shenandoah Honda/USWE-Sports.com's Thad DuVall sits only two points behind Strang in fourth place after grabbing a podium finish at the last round. DuVall is coming off one of his most consistent seasons in 2012 where he secured his first XC1 win at the end of the season. DuVall will be yet another contender for a race win this weekend at Steele Creek. 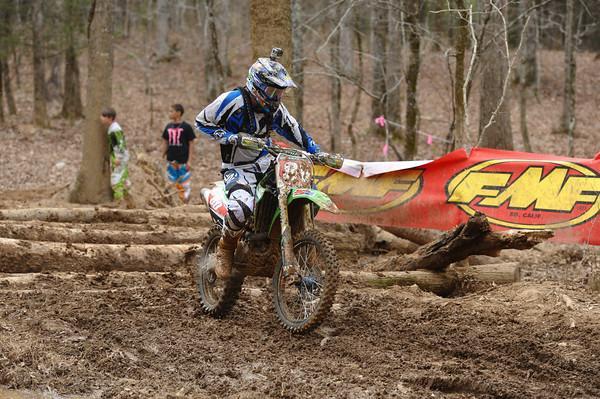 Strang has won the last two Steele Creek events he has entered.

F.A.R Husqvarna's Andrew DeLong has swept the first two rounds in the XC2 Pro Lites division, while also inching his way to the top of the overall finish after time adjustment. DeLong has already secured a fifth and seventh overall finish and the Pennsylvania boy is expected to continue mixing it up with the top XC1 riders this season. Another rider to watch is KTM supported Grant Baylor, who grabbed his first XC2 podium finish at the last round. Fifteen-year-old Baylor is among one of the youngest riders to achieve a podium finish in a GNCC Pro class and has a good chance of landing a spot in the middle before the season is over. DirtWise Schools/KTM-Parts.com/Maxxis rider Jason Thomas has experienced a few blunders of his own, but the defending champ is currently tied for third overall in the class standings.

Four-wheeled ATVs will compete throughout the day on Saturday, April 6 and dirt bikes will race on Sunday, April 7. Local riders are invited to race the event as well, as GNCC racing offers classes for riders of all skill and experience levels. The amateur racer entry fee is $40 and riders can sign up at the track. 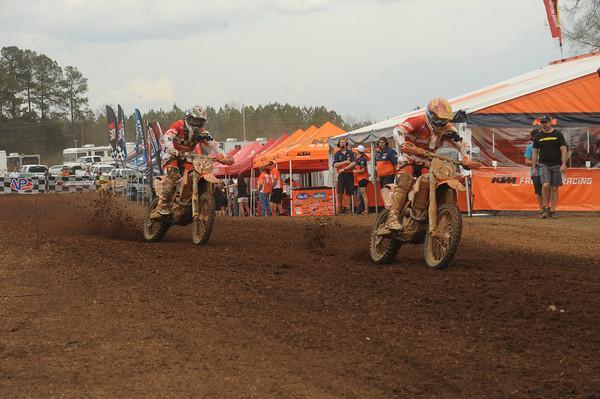 Russell and Mullins are tied heading into round three.

Spectator passes run $15 for the full weekend, with pro pit access and pro autographs at no additional charge. On both Saturday and Sunday, youth riders race at 8 a.m., amateurs race at 10 a.m., and top amateurs and pros race at 1 p.m. Round 2 of the 50cc Micro Series will take place Saturday at 4:30 p.m.

The track is located at the Steele Creek campground. From Interstate 40 West, take Exit 105 to Highway 181 North 13 Miles. For more information, please visit the official series website at www.GNCCRacing.com.

Tune in Sunday at 1 p.m. EST for the GNCC LIVE webcast from Steele Creek, providing audio and video coverage of the Pro Bike race. Stay up-to-date with exclusive content from the 2013 AMSOIL GNCC Series by following the series Facebook, Twitter and Instagram.