Caselli had trouble starting his bike at the start of the race which put him near the end of the pack off the start. Once sorted, he began to pick through the riders. He spent the first loop coming up through the pack and was able to move into fifth place by the end of the loop approximately one minute behind the lead rider.

The two-time National Hare & Hound Champion turned up the heat on the second loop and was able to make impressive passes to move into the lead. Caselli was first to cross the checkers to take home his first win of the season. 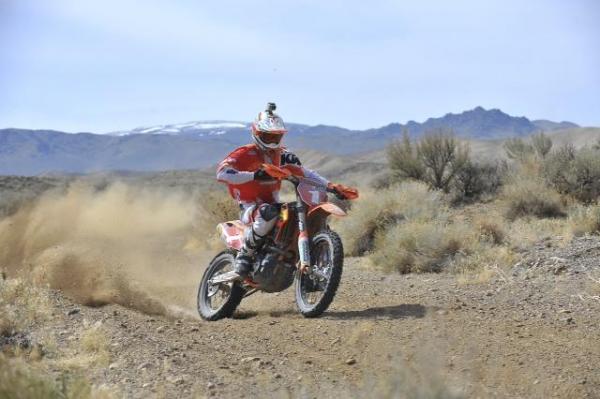 “It was a tight race today,” commented Caselli. “I had my work cut out for me after having a bad start. Once I saw them in my sights on the second loop I just set to work to reel them in and was thankful I was able to get around them and collect my first win.”

Caselli’s teammate, Ivan Ramirez, used this round of the series to test the new fuel-injected 450 XC-F. “We have plans to begin racing the fuel-injected bike in desert racing and are testing it for any possible issues,” remarked Factory FMF/KTM Team Manager Antti Kallonen. “We feel the Hare & Hound Series is good testing ground for the other desert races we will enter in the future.”

Ramirez had a few struggles throughout the day but was able to finish fifteenth overall on the new machine.