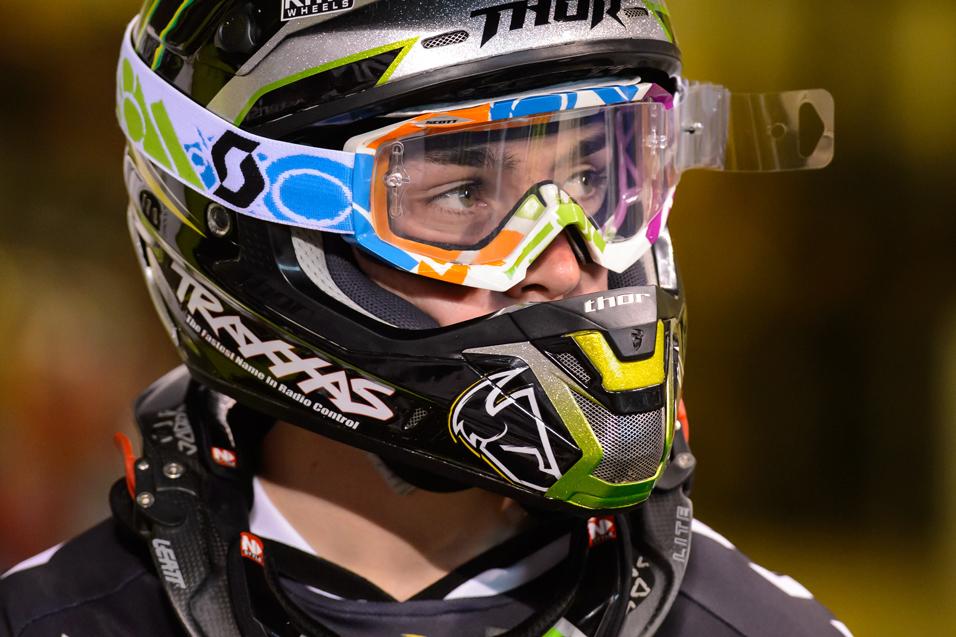 Breakdown Not All On Dean

Advertisement | Advertise with Us
Lucas Oil Stadium Indianapolis, IN Indianapolis Monster Energy AMA Supercross Championship
With one mistake, Dean Wilson ended his 2013 supercross season and changed the face of the championship. In effect, the battle for the East went from a focus on Wilson and Wil Hahn to a hard-charging Marvin Musquin as the new contender. After the crash, I overheard numerous people theorizing that Deano was impatient and made a foolish mistake. I have a different opinion on the situation.

Every weekend, the riders get to sort out the track early during their practices, checking for new lines, ruts, and any changes that the track crew may have made. After a lap or two, everyone picks up the intensity and goes full speed. For the main event, the riders are given a sight lap to scope out the track and prepare for battle. This is where I feel the difference lies, because in the heat races, the riders are not allowed to see the track before the race. After practice, the track gets completely rebuilt from top to bottom, and it's literally impossible to recreate every jump angle to be exactly the same as it once was. As a rider, I was always nervous during that first lap of the heat, wondering how rhythm sections would be reworked and how the whoops would be shaped. Oftentimes, I would run up into the stands to try to get a better idea of what to expect. That only helps a little, though. With no way to really see some sections before the heat, you are relying on faith that the crew built it exactly the same way—and when you’re dealing with a track made of dirt, that’s a lot to expect.

In practice, I saw dozens of guys hit the line Wilson crashed on without incident. This time, however, the line had been redone and the lip was nowhere near the same. The result was an unexpected veer to the right, and Dean came up way short. While this isn't anyone's fault, it is unfortunate that Dean didn't have a chance to see that the line would be slightly different. In Europe, we would always wander out onto the track before the night show and see what had been rebuilt and how to approach the heat race ahead. It may not be practical for eighty riders to roam through pyrotechnic equipment before the race, so it makes me wonder if we should add a parade lap to the first heat race of the night. It would take the human track-builder element out of the equation, since the riders could make their own judgements. The riders in the following heats would at least see what the first heat riders were encountering. 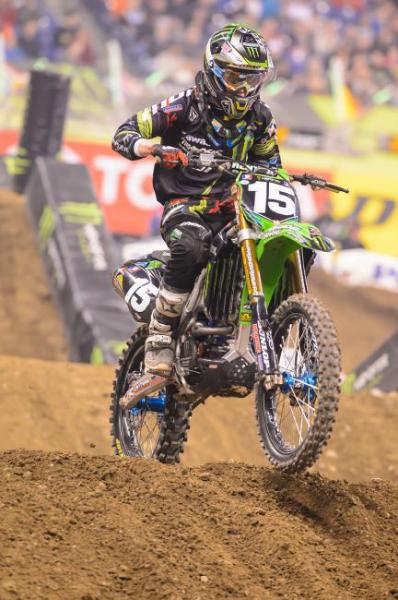 Wilson had to be taken to the hospital after a hard crash in his heat race.
Simon Cudby photo

Another example of this was in Orlando 2005. There was a very difficult triple out of the first turn, and on a 250F, it took every bit of power the bike had plus a seat bounce to clear it. Grant Langston had been doing the jump all day, and on the first lap of his heat, he approached it as he had every other attempt. Big problem. Unknowingly to GL, the takeoff had been lowered by about a foot. By the time he realized that, he was headed for disaster; he and the bike cartwheeled a few times. Luckily, Grant was uninjured, but he had some choice words for the track builders. With no access to see the track and no parade lap, he was not aware of the change. While crashing on a triple is a more extreme example than what befell the #15 bike on Saturday night, the idea is the same.

It’s worth noting that such incidents rarely happen. It’s a credit to the track builders that this year’s tracks have been designed with more rider safety in mind, and the injury rate has been much lower than last year. While ultimately the mistake lay with Dean, I think this situation may be avoidable with a policy change. First-lap crashes are always going to happen, but when it's due to an unexpected track variation, that seems to warrant a closer look. While it may be impossible to prove that Dean's crash was 100 percent due to not previewing the track, I feel that in this case it definitely played a role.