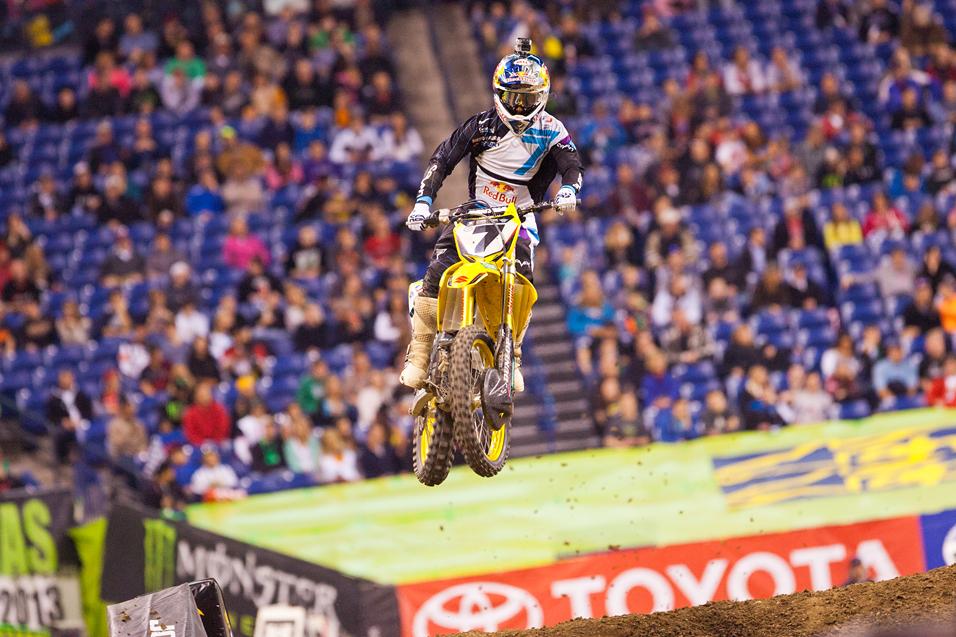 Monster Energy Supercross has embarked on Indianapolis for round 11 of the championship. Ryan Villopoto, winner of the last three of four races, has the points lead for the first time in 2013, with Davi Millsaps now two back of the two-time defending SX champion. The dirt is tacky, but as always in Indy, has a chance to become drier throughout the night. The whoops are very short, but for what they lack in length they make up for in toughness. Guys have struggled throughout the day making adjustments in the section. The inside line in the off-camber turn has become the popular choice amongst the riders with guys going double, triple, double, double out of the turn. The sand section has proven treacherous, snagging multiple riders throughout the day.

After a rough weekend in Daytona, Monster Energy/Pro Circuit Kawasaki’s Dean Wilson looks to be back on track setting the fastest lap in 250SX with a 51.265. Last week’s winner, Red Bull KTM’s Marvin Musquin, was in fine form in practice—just missing out on the top time. Points leader GEICO Honda’s Wil Hahn looked buttery smooth all day, setting the third fast lap of the day with a 52.371. MyPlash/Metal Mulisha Star Racing Yamaha’s Jeremy Martin, fresh of a first career podium in Daytona was fourth fastest (52.574) with Slaton/TUF Racing Honda’s Vince Friese (52.843) rounding out the top five. 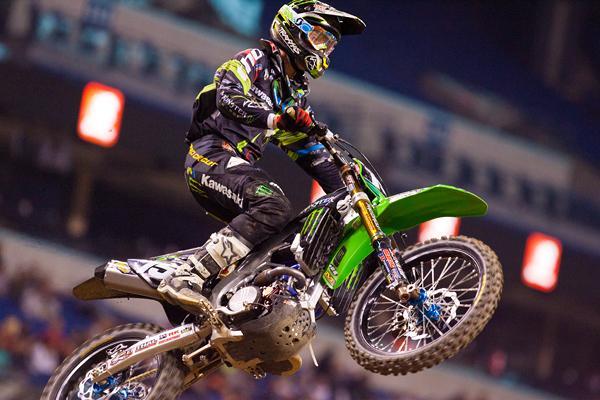 It was the James Stewart show in 450SX, as the Yoshimura Suzuki rider laid down a blazing 50.675 (the only rider in the 50s) to take the top spot. Honda Muscle Milk’s Trey Canard, who’s had a few off nights recently, was fast all day taking second with a 51.087. Monster Energy Kawasaki’s Jake Weimer looks to be back to his early season form following a rib injury. He would take the third spot with a 51.321. Justin Barcia (51.334) and Davi Millsaps (51.362) would round out the top five. Points leader Ryan Villopoto would finish eighth with a 51.669.

Be sure to tune into Speed at 7:30 Eastern to catch live coverage of round 11 from Indianapolis.