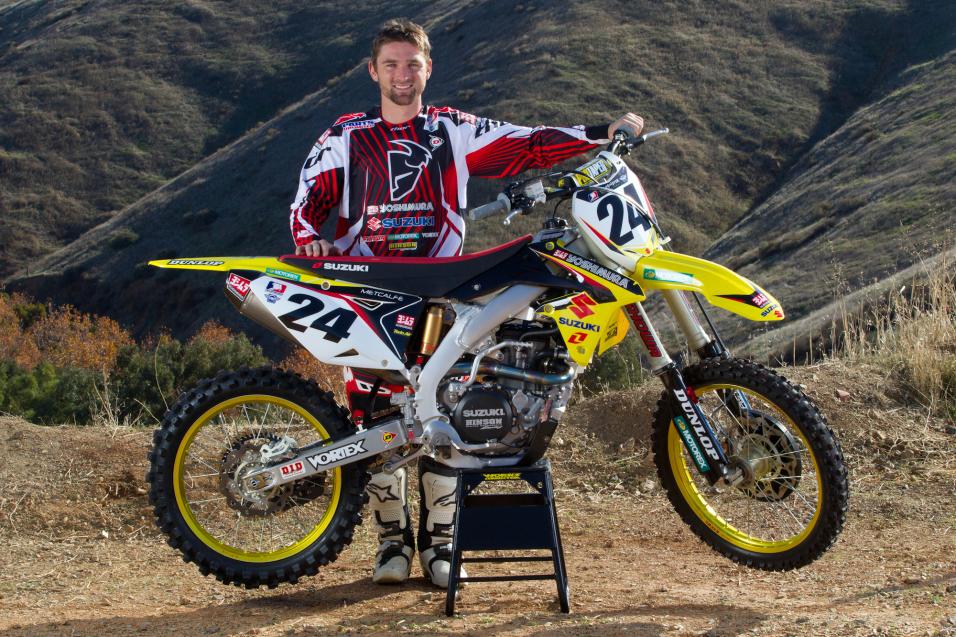 Steve Matthes:
As a proud Canadian, I’m torn about this news that Brett Metcalfe is heading north to ride for Leading Edge Kawasaki in the Canadian Nationals. It’s like trying to choose your favorite Toronto Maple Leaf player (Wendel Clark or Mats Sundin)-- it’s a Sophie’s Choice sort of dilemma.

I’m happy for the Canadian series in the fact they’re getting a top notch rider up there that is the odds on favorite to win the MX1 title, but I’m sad in the sense that of wondering why a national winner just two years ago can’t get a ride to race the Lucas Oli Pro Motocross Championships? What’s wrong with the teams in this sport? Yeah, he’s coming off some serious injuries, but in Brett Metcalfe you get a hard worker, a great ambassador for your team and your sponsors and on top of that, he’s very fast. It’s unbelievable that there isn’t a team in the U.S. that wants to pay Brett enough money to ride the twelve rounds of Lucas Oil Pro Motocross.

Ok, soapbox ranting done. As I said, good for Metty to find a ride (and it’s a nice money deal as well for him and his family) and to me, he is the favorite to capture the crown, but it’s not going to be easy. As I’ve seen time and time again, the Canadian series takes some adapting to. The tracks aren’t as well prepped as down here and generally they don’t get as rough and rutty which keeps the riders closer together. The established stars of Canadian moto like Colton Facciotti, Bobby Kiniry (yes, he’s American but he’s a vet of racing up there), Tyler Medaglia and Teddy Maier (another American) know the tracks, know the routine and many a rider has done better in their second year up there as opposed to their first just by knowing the tracks and the riders better. So there will be that for Metcalfe to deal with but he’s a great sand rider (as we’ve seen time and time again down here) and there are three pure sand tracks on the schedule.

Good luck to Brett, and you U.S. teams that need a rider for the Nationals, you really missed out.

Hearing that Brett Metcalfe is heading north to Canada for the summer is something of a surprise, given that just two years ago he won a 450 National here in the states. But then again, that's what happened a couple of years ago to Matt Goerke, who coincidentally captured the same race as Metcalfe -- Southwick '09 -- for his one and only win on the U.S. circuit. In the cases of both Metty and Matt, it's not necessarily their talent that sent them away from the AMA circuit, but rather the economic times that have trimmed back racing budgets everywhere over the last four years. If this were 2008, the friendly and popular Metcalfe would be preparing for Hangtown. Instead, it's off to The Wasteland (not Canada, which is a great country, but the actual Wasteland track in Nanaimo, BC, where the Canadian Nationals start in June).

Brett has had a tough couple of years since that Southwick win in '11, injuries hampering the veteran ever since. But he's also had trouble making it to the front in Monster Energy Supercross, which is a huge part of the puzzle here in America. When teams trimmed down, he was left without a ride because younger riders like Justin Barcia and Jake Weimer are on their way up, and they have SX success to their credit. Metcalfe was also more of an outdoor rider, just like Mike Alessi, who is not a factory rider anymore either, though his MotoConcepts gig is a pretty good one. And teams in America need a man to be capable of winning both indoors and outdoors.

But back to Matt Goerke for a minute. He too had to go north to find work, and he has some success in Canada and got his career turned around. Now he's back with the factory-supported BTOSports.com KTM squad and doing well in the talent-packed 450 SX class (and he's sure to move up even more come summer). Metcalfe will be on a good team in Canada, and on a good bike. With a solid summer (though as Matthes mentioned, it's harder up there than people think) the Australian could be back on the job here come 2014.

Canada is probably not where the Metcalfes expected to spend their summer, but it's a good series with decent tracks, and he will find a lot of competition in people eager to do their country and their circuit well. He will also get a warm reception from fans, just as folks like Damon Huffman and Paul Carpenter and Bobby Kiniry and more have in the past. Metcalfe may be the immediate favorite right now, but he'll have some work and tough races ahead of him if he wants to hoist the CMRC #1 plate at Walton in August. Then he can see what the market looks like again here in the USA.