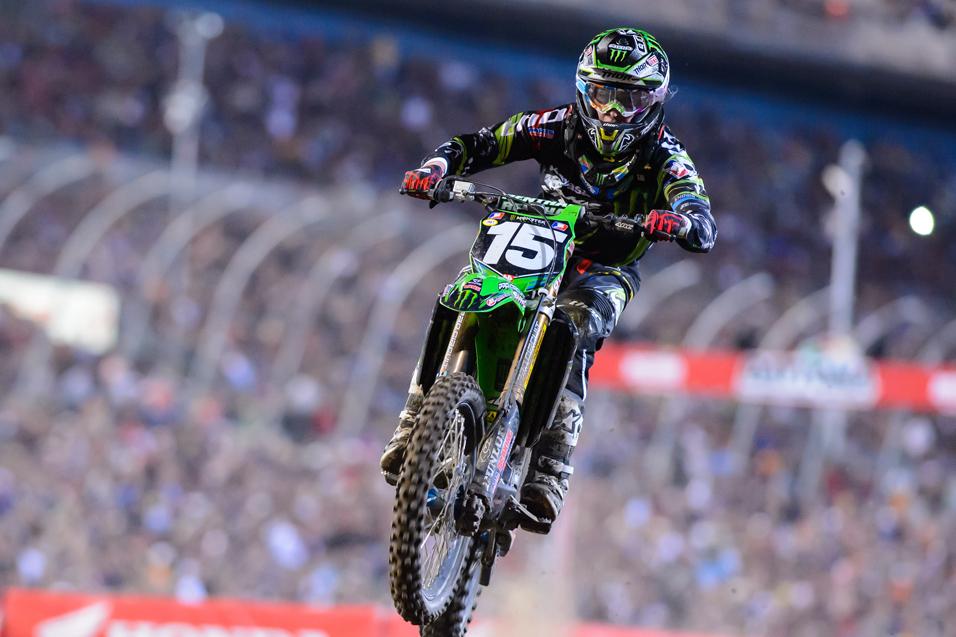 Going into the 250SX East Region series, most people figured it was Dean Wilson’s title to lose. The Monster Energy/Pro Circuit Kawasaki rider had by far the most career wins of anyone in the class, and he’d narrowly missed out on the title last year. All in all, if this were Vegas, Wilson would be the heavy favorite.

But as Chris Berman says, “This is why you actually have to play the games.” We’re four races into this series and it’s mystifying to see Wilson struggling right now. He won the opener easily and got second behind GEICO’s Wil Hahn at the next two races, but Daytona was not good for the #15. Early on he was challenging Marvin Musquin for the lead and looking good to take the win. The track was more outdoor-ish than usual, and Dean being a past outdoor champion, he was the fastest rider in practice. He also looked to the fastest guy out there on Saturday. Daytona, shoulda, coulda, woulda been his. 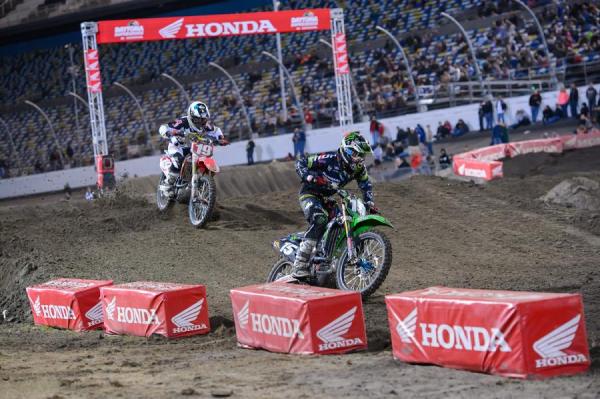 But a funny thing happened: Wilson dropped back off Musquin, then allowed himself to be caught by Hahn and then rookie Jeremy Martin. His fourth-place was not a good look for him or his team. Afterward, according to his team, he admitted he got tight and had no real excuses for the disaster. Points leader Hahn, meanwhile, was able to put four more on Wilson.

Despite all this, Wilson is still very much in the mix. Just five points down with five races to go, this thing is far from over. But make no mistake about it: four rounds down, the favorite has taken some shots and is staggering. Can he regroup and start making up ground?