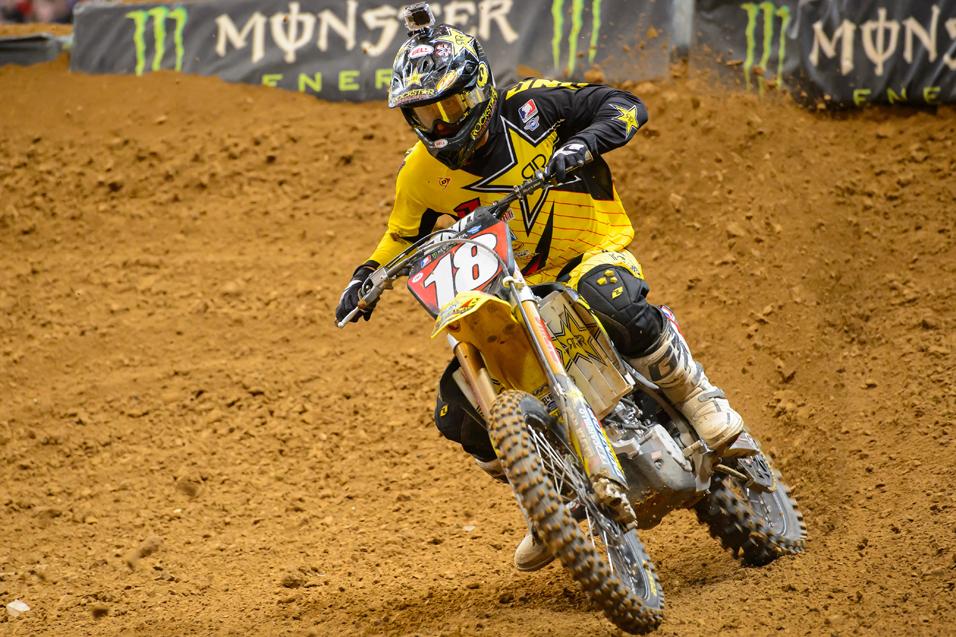 Double Life
Daytona is the supercross track that rides like a motocross track. Or is it a motocross track that’s been converted into a supercross track? It depends on who you ask (and what era they’re from), but one thing that we can all agree on is that Daytona is absolutely unlike any other track on the circuit. It gets incredibly rough, wet weather often adds to the chaos, and thanks to a huge amount of room, lap times are roughly twenty to thirty seconds longer at this venue. Not surprisingly, proper setup and fitness are especially important here. Will Daytona’s extreme conditions present yet another new winner? - Hansel

Fork Off
Air forks that is, if your name is Chad Reed. After struggling to find a setting he liked with his new air forks through the first half of 2013, Reed ditched the newer, spring-less design in favor of his former suspenders, which translated into a podium (third) finish for the Australian in St. Louis. With the series heading to Daytona, a track where Reed has been victorious in the past, will his new-old setup put him on the box for the third time this season? - Hansel 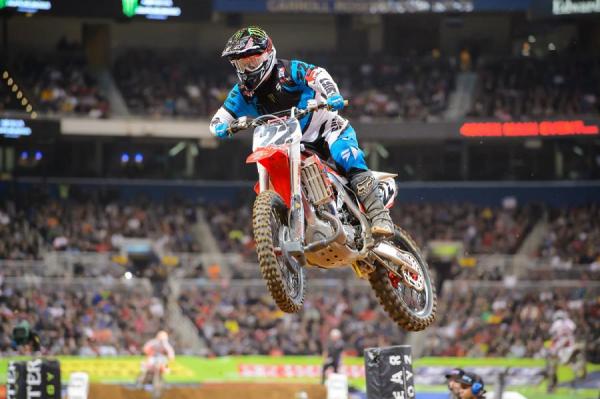 Live Coverage
Remember just a few short years ago when next day coverage of racing was pretty awesome? Only half a day separated race fans from watching the action unfold on television from the comfort of their own couches. Well, things have come a long way in recent years, and thanks to Feld Motor Sports, the promoter of Monster Energy Supercross, we’re enjoying more hours of live racing than we’ve ever seen before, which, in terms of exposure, is a big benefit for the riders as well. This weekend, live coverage resumes, and even though Daytona isn’t promoted by Feld, they deserve a tip of the hat (as do the organizers of Daytona) for spending the money to bring an unprecedented amount of live coverage into the homes of race fans across the country. - Hansel

Out of the Way?
Davi Millsaps’ competitors have been waiting half the season for the points leader to have a bad race, and you could make an argument that it finally came in St. Louis, where Millsaps took sixth. Sure, sixth is still pretty good, especially considering the fact that Millsaps had a run-in with Canard and was dealing with arm pain for most of the race, but it’s also his worst finish of the year. So, while the result itself is good, it’s not so great from Millsaps’ perspective. Does Millsaps have another off-night in him, or will he get back on the box in Daytona? - Hansel

Final Lap Freestyle
If you’ve been watching the LCQs this season you’ve witnessed some fantastic, knock-down drag-out battles unfold. And thanks to guys like Trey Canard and Jimmy Albertson, you’ve also seen some hilarious midair celebrations in the form of the Boner Air, aka, air wheelie, which the two have been performing over the finish line jump every time they win an LCQ. In St. Louis, GEICO Powersport’s Zach Bell became the newest member of the BA club when he went vertical after winning his LCQ, following it up with a harmless crash in the following berm. Hats off to the riders who remember to have fun and provide an added degree of entertainment in a sport where things are usually taken very seriously. - Hansel 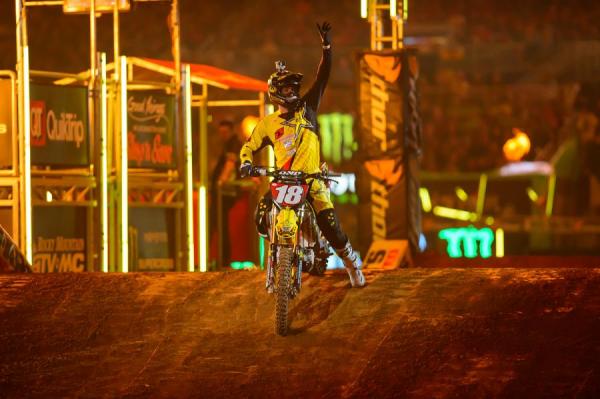 Can Millsaps get back on the podium in Daytona?
Simon Cudby photo

Depth Added
It’s not as if the 450SX class needed more talent added to any already loaded field, but that’s what it will get when Western Regional 250SX points leader Ken Roczen jumps up to the 450 ranks in Daytona aboard a 350 SX-F. Roczen is well-versed in the class – having ridden multiple races there in 2011 and 2012, and even challenging for a win against an injury depleted field in Seattle a year ago. Will Roczen shine under the bright lights of Daytona and consume valuable points in a hotly contested title chase? – Stallo

Finding His Groove
Roczen’s 250SX title contending counterpart, Eli Tomac, hasn’t exactly set the world ablaze in the two 450SX races he’s competed in. Tomac, whose starts were a hindrance out west, has continued to struggle off the gate and is finding it much more difficult to recover in a very talented field. The defending Western Regional 250SX Champion’s speed is not in question, but his starts are. Will Tomac make the proper adjustments and make a run toward the top five? – Stallo

Rivalry Brewing?
Wil Hahn and Dean Wilson have occupied the top step of the podium through the opening three rounds of the Eastern Regional 250SX series. With one point separating the two headed into Daytona, the midpoint of the series, will the brewing rivalry begin to boil over? – Stallo 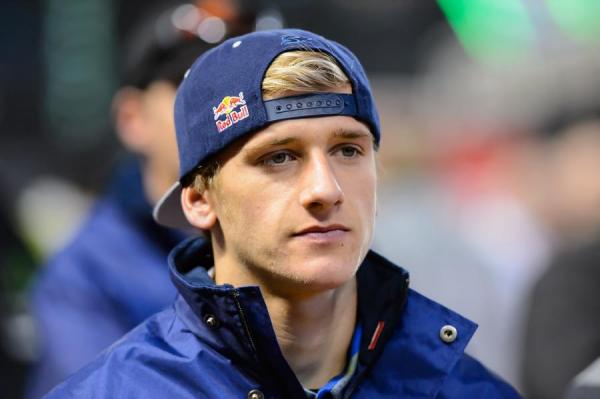 Marvin Needs to Move
Two-time MX2 world champion Marvin Musquin was considered to be a major threat to favorite Dean Wilson during the pre-season. After a tough start in Dallas, Musquin has shown flashes of speed (third and fourth in Atlanta and St. Louis, respectively), but has yet to challenge for a win. With the rounds ticking away in a short season for the 250 guys (nine races) and already seventeen points back of Hahn, the chase for the championship begins this weekend for Musquin. – Stallo

On the Verge
Since a disastrous 250SX debut in Dallas (failed to qualify) MyPlash/Metal Mulisha Star Racing Yamaha’s Jeremy Martin has lived up to the pre-season billing with back-to-back fifth place finishes. The question that now remains, is when will Martin challenge for his first career podium? Will Daytona prove to be his coming out party? - Stallo