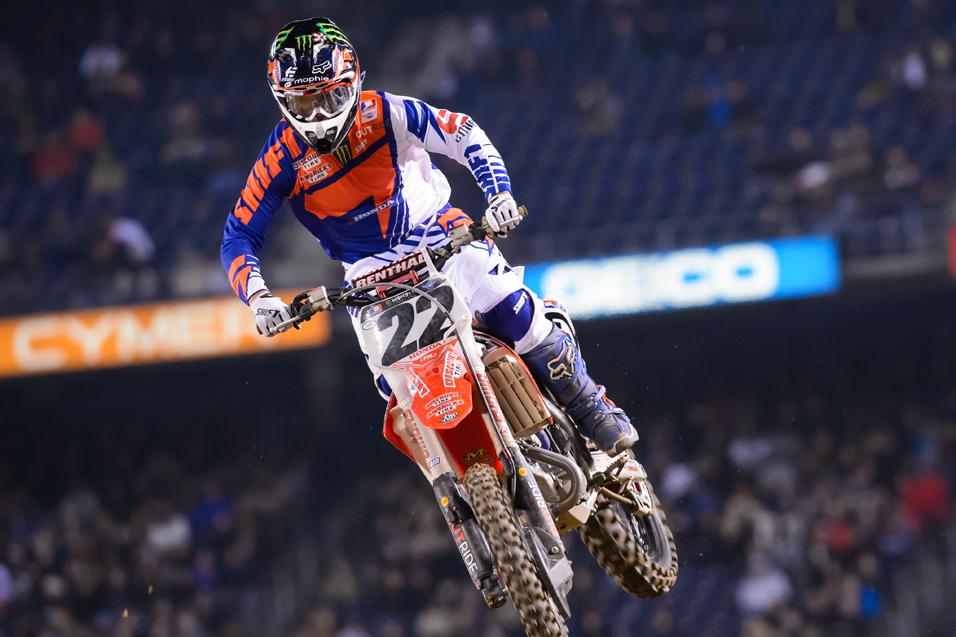 - While San Diego is one of the bigger stadiums raced in all year, the short, quick, track gave way to the fastest times of the season. Only six of twenty riders posted an average time over 50-seconds.

- Muscle Milk Honda’s Justin Barcia was the only rider in the field to post three laps under 47-seconds. The only other 450 riders to post a lap(s) under 47-seconds were Ryan Villopoto (2) and Chad Reed (1).

Rockstar Energy Racing’s Davi Millsaps controlled the race early in San Diego. But for the better part of the first nine laps, everything looked to be in place for Chad Reed to challenge for his record seventh win in San Diego. As we all know, Reed would wash the front end at the mid-way point and finish fifth. Let’s dig into the first eight laps—there are a few surprises on the horizon.


As you can see, it was actually Justin Barcia that was the fastest rider during the first eight laps—helped in part by throwing down three of four laps (laps 3-6) in the 46-second range. Reed proved to be just a few tenths off Barcia’s pace, with Millsaps not very far behind.

So we know Barcia was setting the hot laps early, but who was consistent down the stretch?

Mr. Consistency so far in 2013, Millsaps was about to feel some heat from Barcia, but logged five of seven laps (laps 10-16) under 58-seconds to prevent the young gun from making up any time on him down the stretch. Millsaps had enough of a lead to where the race was pretty much decided by the time the white flag came out, and Barcia ran a 49.236 (his slowest lap of the night) on lap 20. 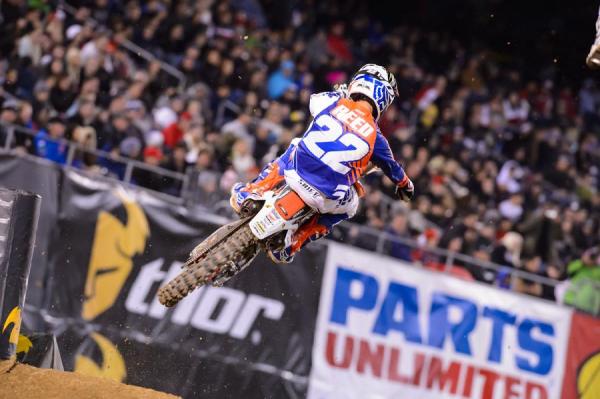 - Ken Roczen was the only 250 rider to set all of his laps under the 49-second mark.

-  J-Star JDR KTM’s Malcolm Stewart set 7 of his first 9 laps under 49-seconds before crashing in the whoops, resulting in a DNF.

- What a night for Star Racing Yamaha’s Kyle Cunningham. After a heat race win, Cunningham began the main dead last after a first turn crash, only to charge back to fifth—helped by a stretch (laps 3-13) where he set 10 of 11 laps under 49-seconds.

- After back-to-back career-highs of eighth in Oakland and Anaheim 3, respectively,  HRT Honda’s Austin Politelli went even faster in San Diego and eclipsed his previous best of eight with a fourth. His quick start to the race—first 8 of 9 laps under 49-seconds—was a key factor.

- Interesting Stat: The racing in the 250 class was tight in San Diego. But it was also quick. Fourteen of twenty riders set their fastest lap of the night under 49-seconds.

- Only five of twenty riders had an average of 50-seconds, which was better than the six in 450SX.

It was a special night for Rockstar Energy Racing. Davi Millsaps picked up his second win of the season and retained the points lead for another week, while Jason Anderson was able to secure his second 250SX podium of the year earlier in the night. But it could have been a night of epic proportions if Anderson, who had the early lead, could have broken through and made it a clean sweep for Rockstar Energy Racing. Let’s take a look at the opening six laps to see where Anderson lost time to Roczen and Tomac.

Eli Tomac was on another planet in the opening laps—setting four of six laps under 48-seconds, including back-to-back laps in the 46-second range. Jason Anderson tried to hold serve, but the top two players in the class (Tomac and Roczen) were on a completely different pace. 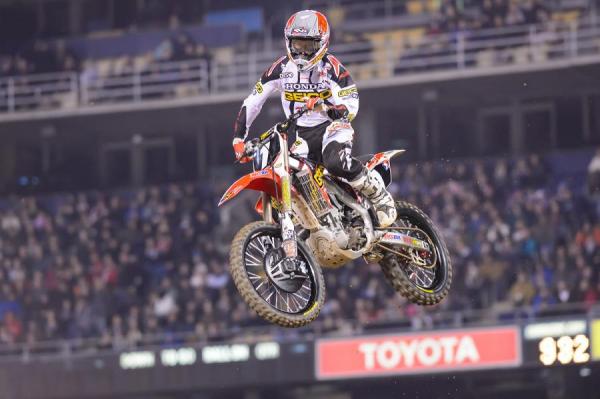 Although Eli Tomac was able to bounce back from two disappointing finishes in Oakland and A3, respectively, a lot was made of Roczen’s closing speed down the stretch—cutting Tomac’s big lead to mere tenths by the end of the race.

The chart says it all. Roczen was flying on the final four laps. The German set all of his laps under 48-seconds and set his fastest lap of the night (47.031) on the final lap, picking up a little over two seconds on Tomac, who was dealing with lapped traffic.
Read Now
November 2020 Issue Now Available