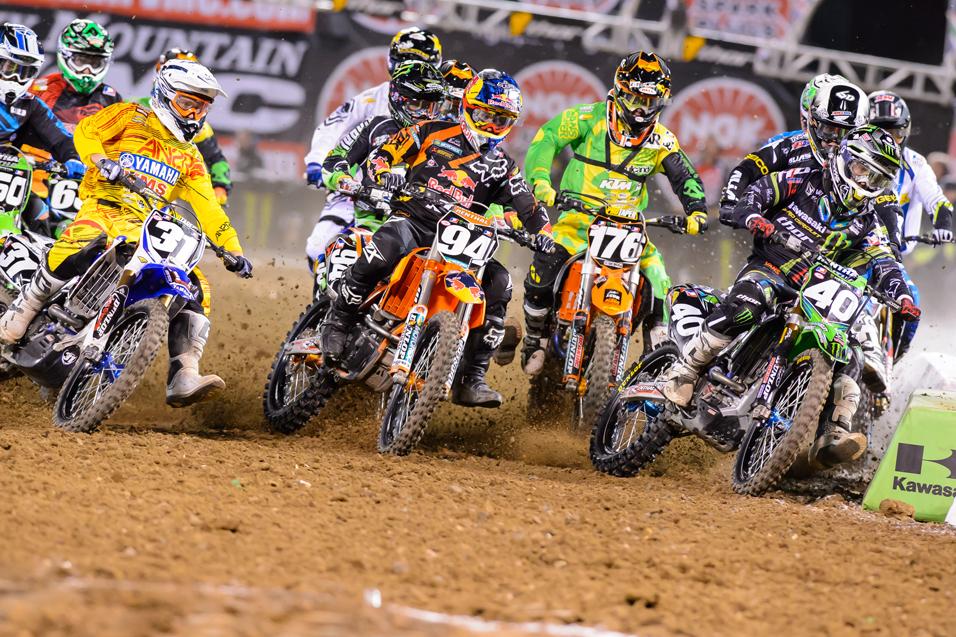 - Dungey set 19 of his 20 laps under the 58-second mark—the most of any rider. And remember, he was in traffic most of the race. This kind of consistency is much more consistent with the Ryan Dungey we’re used to seeing.

- Ryan Villopoto had the most consecutive laps under 58-seconds with seventeen straight to begin the race.

- After the second turn melee that claimed a number of riders, Chad Reed set five of his next seven laps under 58-seconds. 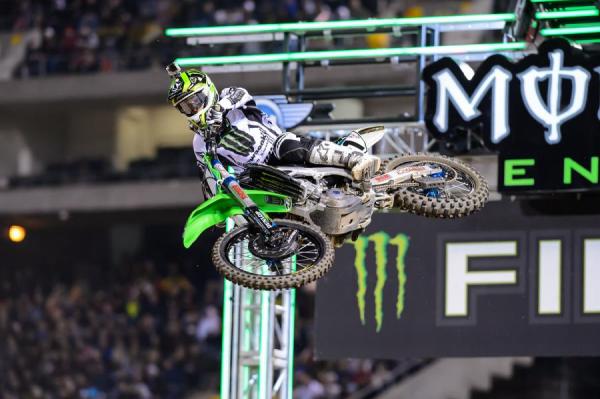 Villopoto was the only rider with a lap in the 54-second range.
Simon Cudby photo

- For the first time all season, someone not named Eli Tomac would set the fastest lap in 250SX. Ken Roczen would claim the top spot with a 55.453 on lap 5.

- Roczen and Cole Seely joined Ryan Villopoto as the only riders in the field to have laps times under 56-seconds.

- Seely began the race with nine consecutive laps under 57-seconds.

- Another from the track is tough department: Five riders (Killy Rusk, Chris Plouffe, Josh Cachia, Kade Mosig and Jean Carlos Ramos) had average laps times over the one-minute mark—the most all season.

- And another: For the first time all season, two riders (Rusk and Mosig) would set every lap over the one-minute mark.

- Before going out of the race after a crash in the whoops, Eli Tomac laid down three straight laps under 58-seconds and two straight (2-3) under 57-seconds.

Lucas Oil/Troy Lee Designs Honda’s Cole Seely set the pace early in Oakland, leading the first eleven laps before Red Bull KTM’s Ken Roczen made a late charge en route to his first victory in 2013. Let’s dig a little deeper and look at laps 8-11 to see where Roczen made up the most ground.

Roczen began to cut into Seely's lead on lap 8 and bested the TLD rider in lap times on three of the next four laps before taking the lead for good on lap 12 (the first full lap Roczen was registered as the leader). Roczen was knocking off tenths of seconds before lap 11 when he picked up nearly a full second--setting a 56.824 to Seely's 57.571. 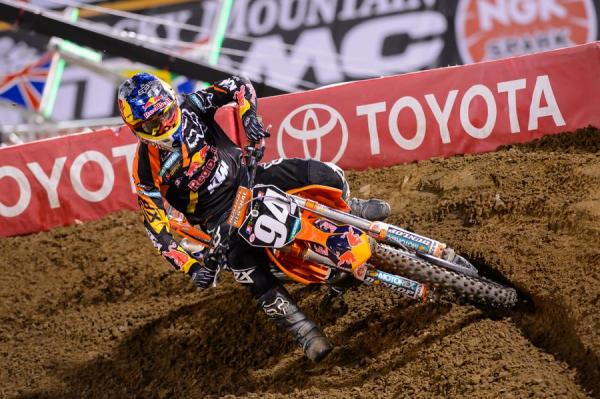 Ken Roczen became the first rider other than Eli Tomac to set the fastest lap in 250SX.
Simon Cudby photo

At first glance, Cole Seely’s performances at Anaheim 2 and Oakland match up quite similarly. He led a ton of lap at both (10 at A2 and 11 at Oakland), but was passed for the lead late in the race and seemed to have lost stream down the stretch. Let’s look at his laps from the last two races closely to see what happened.

Similarly, in Oakland his lap times were in the 56-second range for the first 10 laps—and he even hit a 55 on lap eight. But again on lap 11, he lost steam, jumping into the 57s on the 11th lap, and then compounding that with times ranging in the 57-59 range through the finish.

After the race, Seely told Racer X’s Aaron Hansel that he has been “trying to ride smart races,” and would “rather take a second than go down and end up in last.” So maybe Seely was making the smart decision to back it down a touch, or maybe he just lost stream down the stretch—he is only four races back from a long injury. Maybe he just lost momentum once he lost the lead. Either way, at both races, Seely’s first ten laps were great, but his last five weren’t as strong.