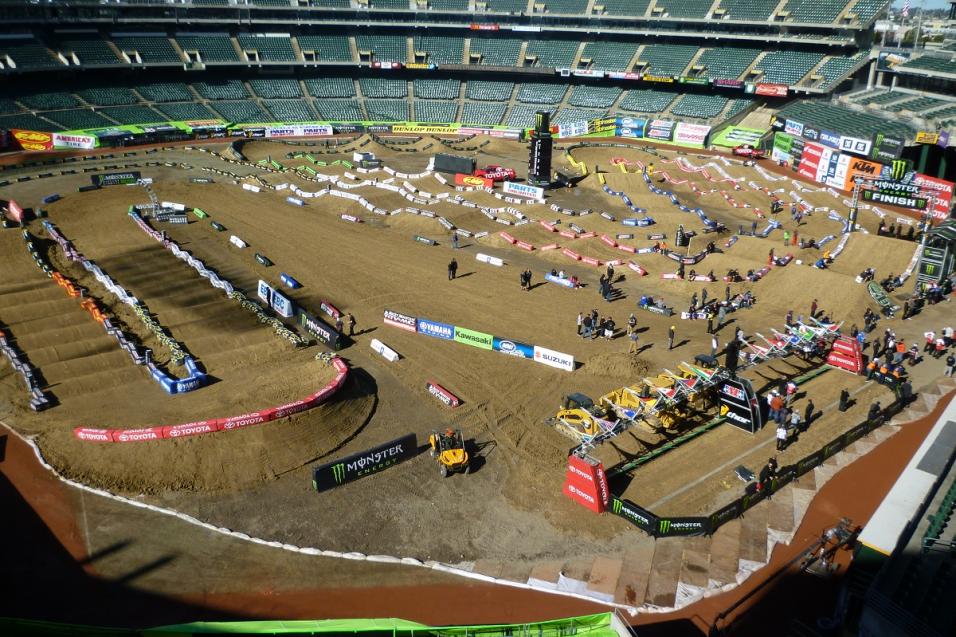 Round four of Monster Energy Supercross is upon us here in Oakland, California, but with all of the action that’s already taken place this season, on and off the track, it seems like we’re already halfway through the year. Three riders have won in as many races in the 450SX class, and with names like Trey Canard, Chad Reed, James Stewart and Ryan Dungey still winless, the streak of new winners just might stay alive tonight. In the 250SX ranks, Eli Tomac continues to dominate the field, coming into Oakland sporting the red number plate and a perfect record.

Fans of Andrew Short will be happy to know that after the announcement of the closing of the Chaparral Honda team, the #29 bike has been spotted in the pits here in Oakland with the old L & M racing rig, which is the same rig Josh Hansen was pitting out of earlier in the year. Rumors continue to swirl regarding Hansen’s status. Some have him out sick, some have him out of the series altogether. In the Red Bull KTM pits, the air shock has once again been removed from Ryan Dungey’s bike. If you’re keeping score, that’s every other race so far that the team has gone back and forth between the air and traditional coil shock. Justin Barcia is here, and although it looks like he just emerged from a bareknuckle boxing match, he will be racing tonight after a badly cased triple forced him to pull out last week at A2. 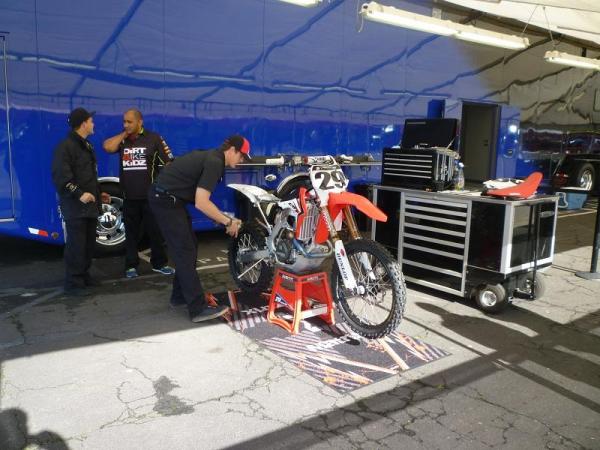 The track is interesting. Word is that the dirt is exactly the same as last year, but it sure seems different. Instead of the somewhat soft and sandy composition of the past, it’s hard, sticky and clay-like, and should develop plenty of ruts. There are two whoop sections. The first one is right after a flat 180 degree left-hander and consists of eleven whoops. A right-hand 180 degree berm follows before the riders launch into the second set of whoops, which is nine long. The whoops look hard and compact, but they're going to get rutted. The sand section, which could be described as a gentle right-hand turn that sharpens up at the end, has an inside section which is separated from the outside by a small berm. The inside line is clearly shorter, and it’s unlikely many riders will opt to go outside.

Timed practice will be happening soon here in Oakland, so be sure to check back here often and follow us on Twitter, @racerxonline, for updates on the action from the fourth round of Monster Energy Supercross. 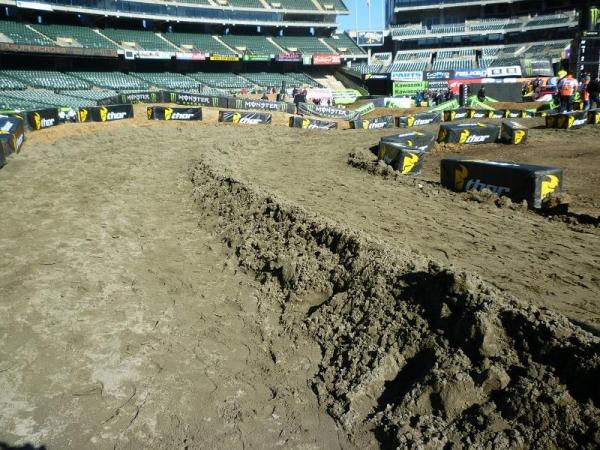 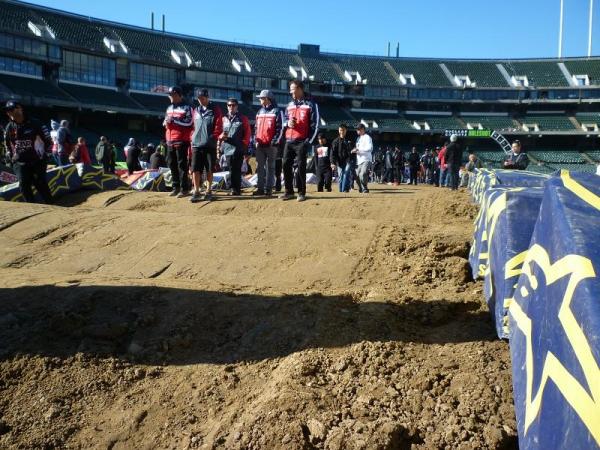