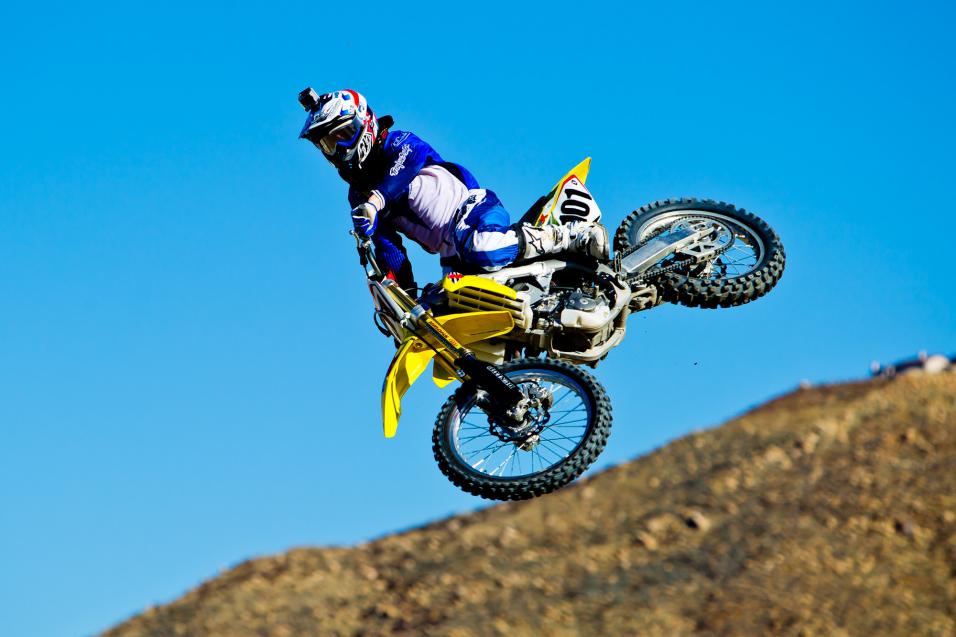 What are your thoughts on the L&Mc team folding up shop three races into this season? For that matter, JDR/KTM and Jeff Ward Racing? Teams are disappearing fast!

We knew about this before the season started so it shouldn’t be a complete shock. Some people want to blast Larry Brooks for this since he has been involved with several teams that have gone under. I don’t know enough about the specifics to blame anybody but I have a point of view on race teams. I basically put teams into one of two categories: There are teams run by companies who are promoting a product and teams run by those who aren’t. Teams that have longevity are those who use the team as a marketing tool to help promote and sell their products. Teams like Factory Connection/Honda, Pro Circuit/Kawasaki and TLD/Honda have products they are selling. They can move marketing budgets around and make the bottom line right by doing so. The money they are spending is justified as promotion.

Teams like Jeff Ward Racing, JDR/KTM and L&Mc Racing don’t have a product to sell to consumers. They are run by an enthusiast who wants to run a race team and be involved in the sport and they rely completely on outside sponsorship dollars for funding. While that is commendable it can end badly if the team loses money year after year. Very few wealthy people will continue to lose money over and over. I hope all the riders, mechanics and crew from these teams find good homes. There are some talented people who will be out of work and we can only hope they land somewhere.

You’ve made a few funnies on Twitter about James Stewart’s knee but I wonder if he will really ride the whole season out with a torn ACL? You think he can? Man, it sucks seeing him ride around at 80% out there.

First of all, the jokes I made were before he came out and said he tore his ACL. Injuries like that aren’t funny and I was just having some fun with the fact that he wouldn’t tell the media what was going on. I’ve blown some knees out and all I can tell you is that I couldn’t ride without them. There are some guys who rode their whole careers without that ligament but every time I stuck my leg out in a turn it felt like I was holding up a folding lawn chair with a bad locking mechanism. I learned the best thing I could do was get it fixed right away before it shifted around and damaged the meniscus even more. Even if James can deal with the pain and discomfort of having an unstable joint I doubt he’ll be content to ride around in eighth place all year. I don’t see him going all the way to Vegas like this. The sad part is that if he waits a few more weeks and then gets it fixed he will be out for the summer too. Maybe we’ll get another season of Bubba’s World?

After watching Anaheim 2 and reading up on Kevin Windham’s retirement, it seemed like a common theme centered not only upon deciding when it is appropriate to hang up the boots, but also what future awaits a post-race career. Talk ranged from his involvement with Planet Fitness to even possibly joining in with television race commentary.

And then it hit me. Isn't it true that we fans love him not only for his riding but also his personality? Friendly, honest, approachable.

Enter Kevin Windham's People Skills School for the Professional Racer. Not only would the fans benefit as we would have more likable racers and better interviews, but the riders would benefit in the long term as well. Boring Villopoto interview? Boom! Interesting interview. Brilliant, huh?

While we will certainly miss Kevin on the track I don’t think there is going to be a problem for him to find work within this industry. He has built friendships in this sport by being genuine, honest and friendly with everyone in the paddock. He’s the same way with the fans, for that matter. I think the bigger question, and one that will be more difficult to answer is…what does he want to do? Once he figures that out he’ll be just fine. Kevin Windham’s People Skills School for Dirt Bikers? Sound good to me.