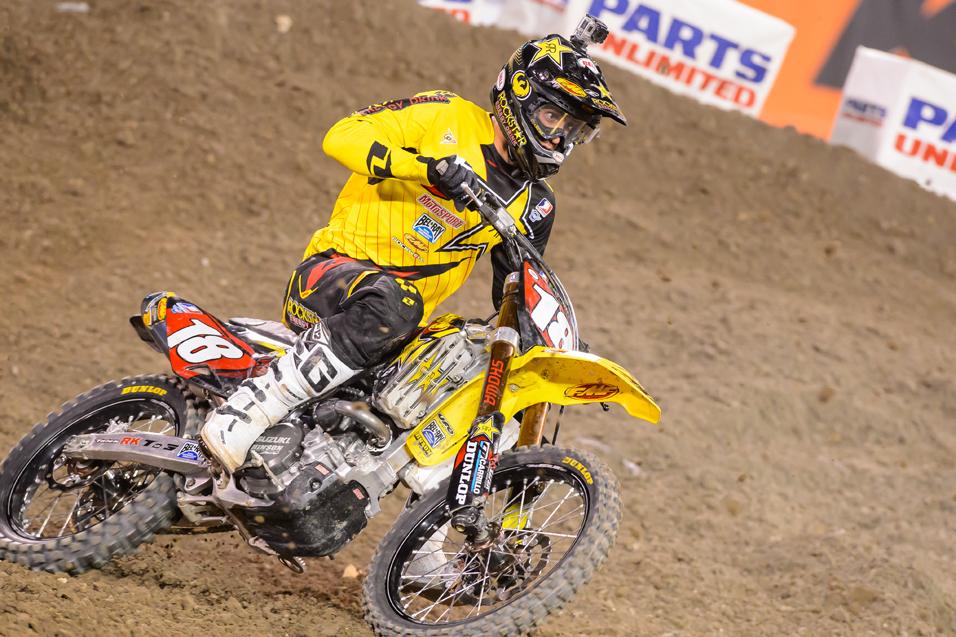 Note: The AMA had problems with the 450SX lap data from Anaheim 2 and the average lap times are not available. We were able to acquire the fastest lap times from each rider, though. 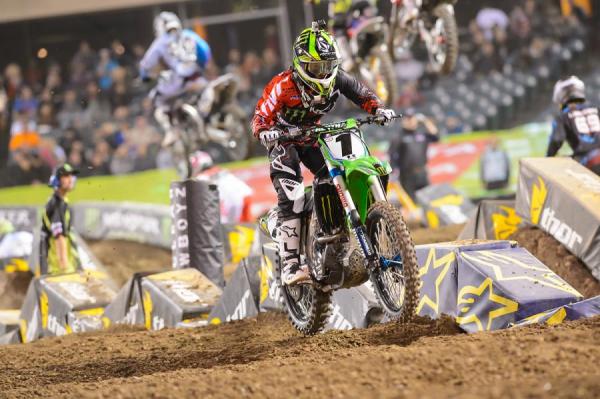 Villopoto was the only rider with a lap in the 52-second range.
Simon Cudby photo

- For the third consecutive week, Eli Tomac set the fastest lap in 250SX with a 54.031. He’s fastest lap of the night was also the latest fastest lap set.

- Tomac and Ken Roczen both set all of their laps under the 56-second mark. The only two riders in the field to achieve the feat.

- After a 1:03.804 on the opening lap, Jason Anderson reeled off 11 of 12 laps under 56-seconds, helping him climb back from fourteenth after lap 1 to finish seventh.

- Seven of fourteen riders, or half the field, that completed laps set a lap over the one-minute mark.

- Graduating from six-lap heats to 15-lap mains dept: Dillan Epstein, who made his first career main at Anaheim 2, had seven laps over the one-minute mark, including six straight to end the race. Coincidently, Scott Champion, who was also making his first main event appearance of 2013, had seven laps over one-minute, and like Epstein, six straight to end the race.

The stars finally aligned in 250SX at Anaheim 2. The top three contenders—Tomac, Roczen and Seely—opened an early gap in the main event and engaged in a full on donnybrook for a majority of the race. Tomac, winner of three straight, took over the lead on lap 11—the first full lap he recorded as leader. But let’s see how they got there.

Tomac began his assault on lap 2 by dropping four consecutive laps under 55-seconds. But both Roczen and Seely answered, as Roczen nailed five-straight laps under 55-second, and Seely went sub-55 for five of seven laps. It looked like they might have had the stuff to hold the current points leader back, but, Tomac was able to ratchet up another charge on laps 9 and 10, dropping back down into low 54-second range. This time around Roczen and Seely were unable to match the pace and subsequently lost contact with Tomac—who set a scorching pace down the home stretch. 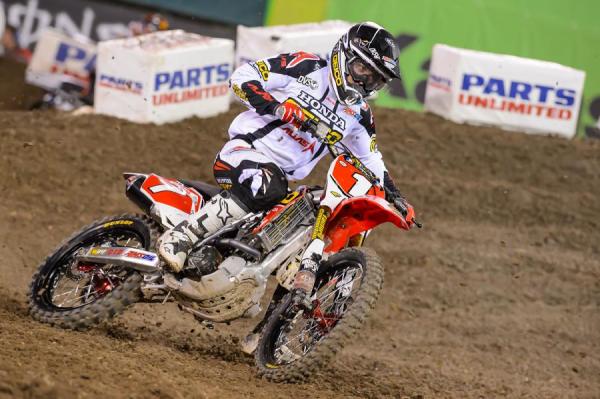