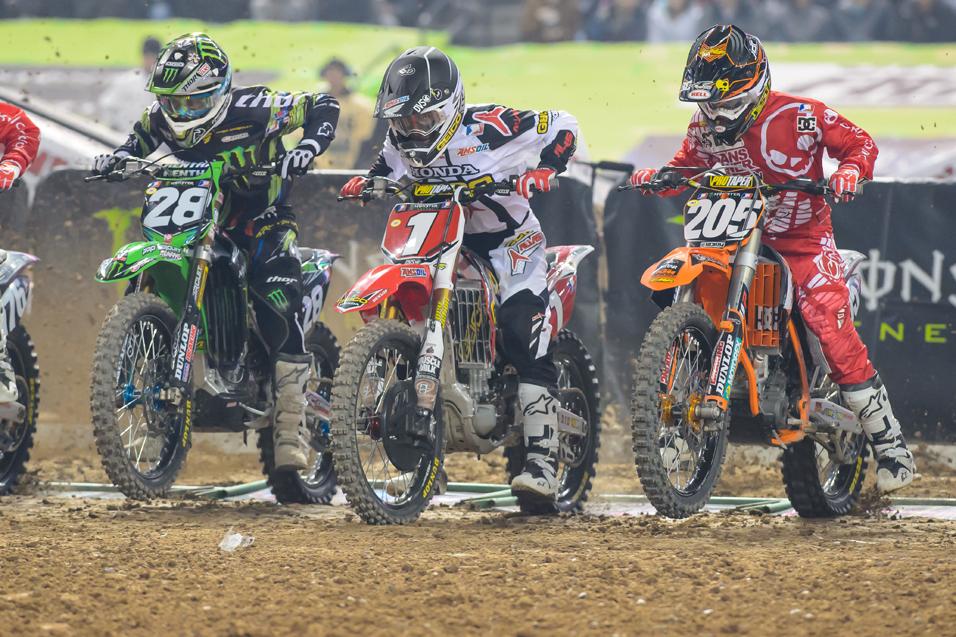 - Villopoto lead the field with seven laps 51-seconds or lower. Justin Barcia (6) and Trey Canard (3) were the only other riders to have laps under 52-seconds.

- Only four riders achieved the feat of NOT having a single lap over the 54-second mark: James Stewart, Davi Millsaps, Chad Reed and Justin Barcia.

- Lap times, on average, were quicker in Phoenix than at the season opener in Anaheim. Davi Millsaps’ average lap time was 56.812 en route to winning last week. This week, Justin Barcia’s averaged a 52.424.

A last lap blunder by Trey Canard cost the Honda rider the points lead, and his second consecutive second place finish to start the season. Ryan Villopoto was there to pick up the scraps, but the hunt for second had begun laps earlier. RV moved into third on lap 16 (first full lap in that position) and put in a charge, but Canard responded with a fast pace of his own. Villopoto was only able to shave tenths of a second off Canard’s lead until the final lap. Let’s take a look at a side-by-side comparison of how each rider fared down the stretch. 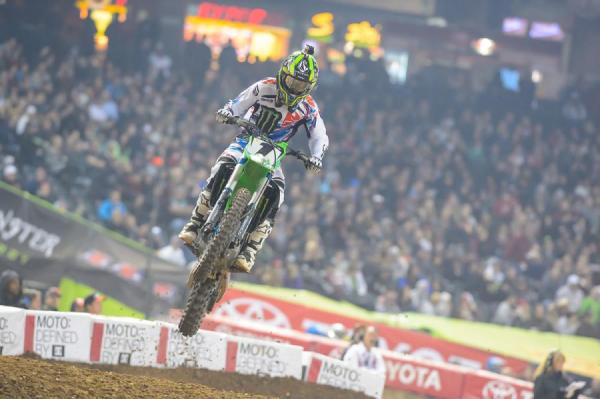 Villopoto was the only rider with a lap in the 50-second range.
Simon Cudby photo

- For the second consecutive week the fastest lap in 250SX belonged to Eli Tomac with a 51.845. This was only 51-second lap time set in the class.

- A poor start relegated Kyle Cunningham to an eight place finish, but the Star Yamaha rider sliced through the field after a 15th place (after lap one) start. How did he make up so much ground on the field? In laps 5-13, seven of Cunningham’s lap times were in the 53-second range.

- No rider was able to keep ALL of their laps under the 55-second mark. Tomac was the closest with 14 of 15 laps under 55-seconds. His 55.307 on the last lap broke the streak—but he was no doubt cruising at that point. 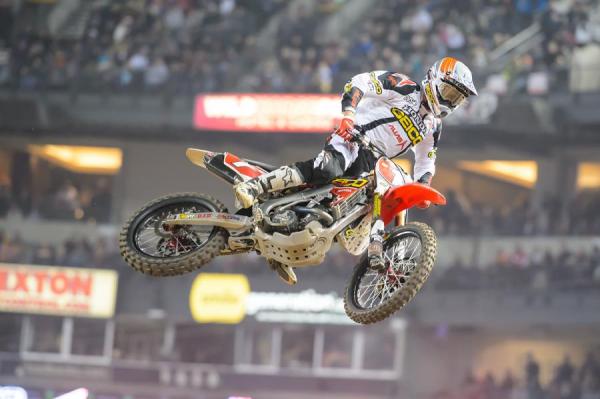