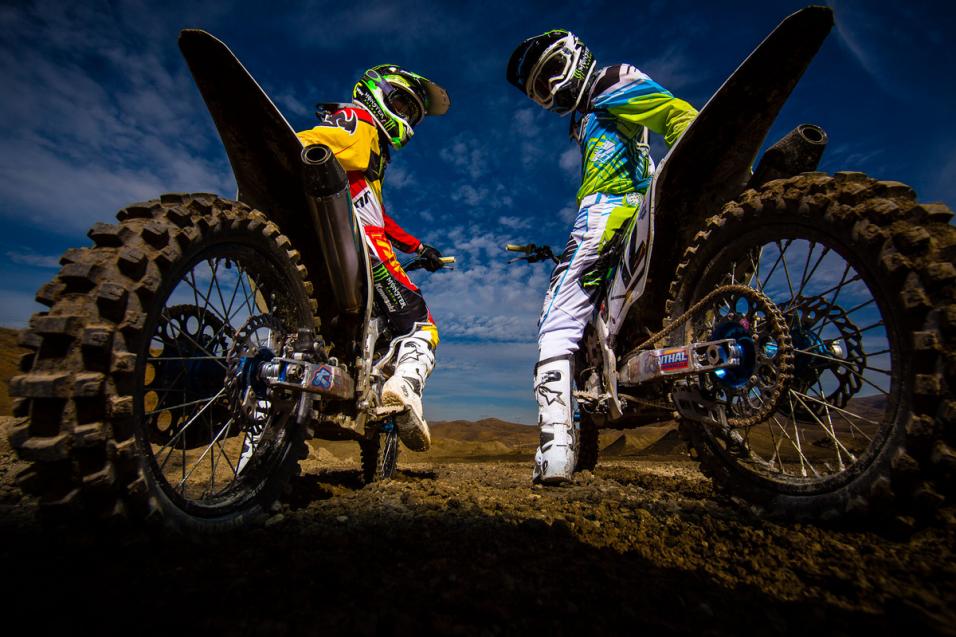 Back from Injury
You can't assess supercross 2013 without talking about Chad Reed and Trey Canard. Both exited early last year with injury, but prior to that, both were on the short list of riders that could win on any given night. How will the two of them fair at A1? Will they immediately reassert themselves as title threats, or will they take several rounds to reacquire the speed necessary to win in Monster Energy Supercross? Will they find their old speed at all? Stay tuned.

The Rookie
You don't need to see his name to know that this entry is going to be about Justin Barcia. He’s not just a rookie, he’s the rookie. He isn't intimidated by anyone, as proven by his performance at the Monster Energy Cup. Don't expect this to be a work in progress, expect to see the best of Barcia from the drop of the gate tomorrow. Will Bam Bam live up to his moniker? No matter what happens, it’s safe bet that just about everyone will be paying attention to what Barcia does this Saturday night in Anaheim.

The Book of Eli
Eli Tomac is packing the 250SX West number-one plate, as well as a heaping helping of momentum based on a race win against the big boys on a 450 at the MEC. Is he set for a dominant last run on a 250, or can someone challenge him? 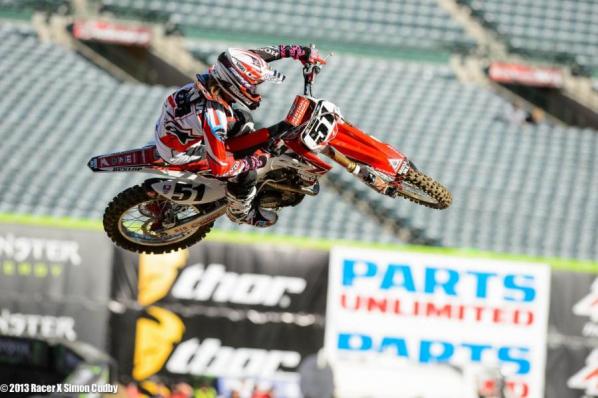 High Standards
Red Bull KTM’s Ken Roczen is used to the spotlight. He rose to prominence at a young age—becoming the youngest winner in FIM World Championship Motocross history at the tender age of 15—and has since captured an MX2 World Championship, multiple 250SX wins, and recently lead Germany to its first ever Chamberlain Trophy. He's raced Monster Energy Supercross since 2011, and expectations for Roczen have elevated. The German will have to contend with defending 250SX West Region champion Eli Tomac, multi-time 250SX winner Cole Seely, reigning 250MX champion Blake Baggett and a host of others as he looks to capture his first career 250SX title. In a short season (nine races in 250SX) Anaheim 1 plays a pivotal role. Will Roczen fire out of the gate, or will Tomac and company reign supreme?

Risky Business
Many were critical of Mitch Payton’s off-season signing of veteran Martin Davalos. After all, Davalos has toiled in the 250SX class for the better part of the last decade without a win and has yet to show he’s a legitimate title contender. There’s no question of Davalos’ speed—his multiple heat wins attest to the fact—but he’s never been able to put it all together. While one race isn’t typically a prelude to an entire season, a quick start from Davalos would help quite the critics.

The Polarizer
James Stewart. Whether or not his name is mentioned in an article, it’s bound to show up in the comment section below, most often in raging debate. All argument aside, we can say for certain that Stewart is going set the fastest times in practice on a regular basis, and he’s probably going to win some races this year. He’s had a quiet off-season, has been testing out west a bunch and says he’s been riding the same basic motorcycle since October, as opposed to last year when he switched forks two weeks before the season, and his team didn't receive race tires until a week before the first race. Will Stewart’s new home at Yoshimura Suzuki usher in the kind of results he was searching for last year? 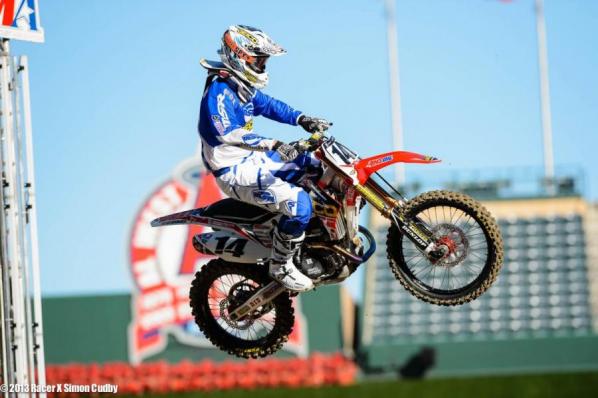 Arenacross
Angel Stadium won’t be the only venue hosting a major racing debut this Saturday night, as the first round of AMSOIL Arenacross will be going off in the DCU Center in Worcester, Massachusetts. With a host of big new rule changes, which can be read about here, the Arenacross season opener not only carries the excitement of a fresh season, but will help decide if the new format is as good in practice as it is in theory. It will also be broadcast live on Speed immediately preceding the airing of the opening round of supercross, so be sure to either check it out live or set the timers on your DVRs.

Hill Climb
After missing the entire 2011 season due to severe injuries suffered while trying to do a backflip, Josh Hill tried to return to the pro scene at A1 last year. Unfortunately a heat race incident resulted in a broken leg, and yet another season on the sidelines. But all that’s behind him now, and Hill, who will be on factory Suzuki equipment with Dodge/Sycuan RCH racing, will begin rebuilding the foundation that saw him vie for the points lead early in 2010. Carmichael says his rider needs to just ride through the first eight rounds, rebuild confidence, and then hit the charge button in the second half. Will he hit the ground running, or will he just plain hit the ground? 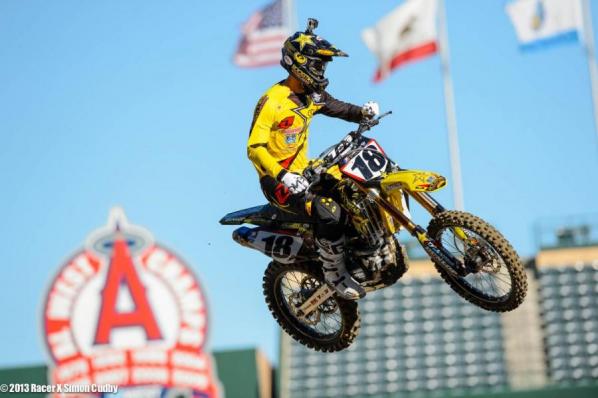 19 and Counting
When the gate drops at Anaheim 1, GEICO Honda’s Kevin Windham will embark on his 19th professional season. The ageless one, who has over 200 career starts, is no longer the title contender of yesteryear, but his passion for racing has yet to waver. “I hear so many stories and most people can’t imagine being a professional motorcycle racer. Me, I can’t imagine being anything but a racer,” Windham said in a recent statement. As Windham’s career begins to wind down, this may be one of the last times we see one of the most popular riders in history line up for a season opener. Soak it in, folks.

Breaking Rank
Depth certainly won't be a concern in the 450SX class, as ten former race winners will line the gate (Ryan Dugney, Ryan Villopoto, James Stewart, Chad Reed, Kevin Windham, Trey Canard, Josh Grant, Josh Hill, Davi Millsaps and Andrew Short). But therein lies the problem for many. With the likes of Villopoto, Dungey, Stewart, Reed, Canard and newcomer Justin Barcia expected to hold down the top spots, many stars are looking to find their spot in the food chain. Will any of the aforementioned race winners, or current stars Justin Brayton, Jake Weimer, Mike Alessi and the like find a way to crack the code to a podium position at the opener?