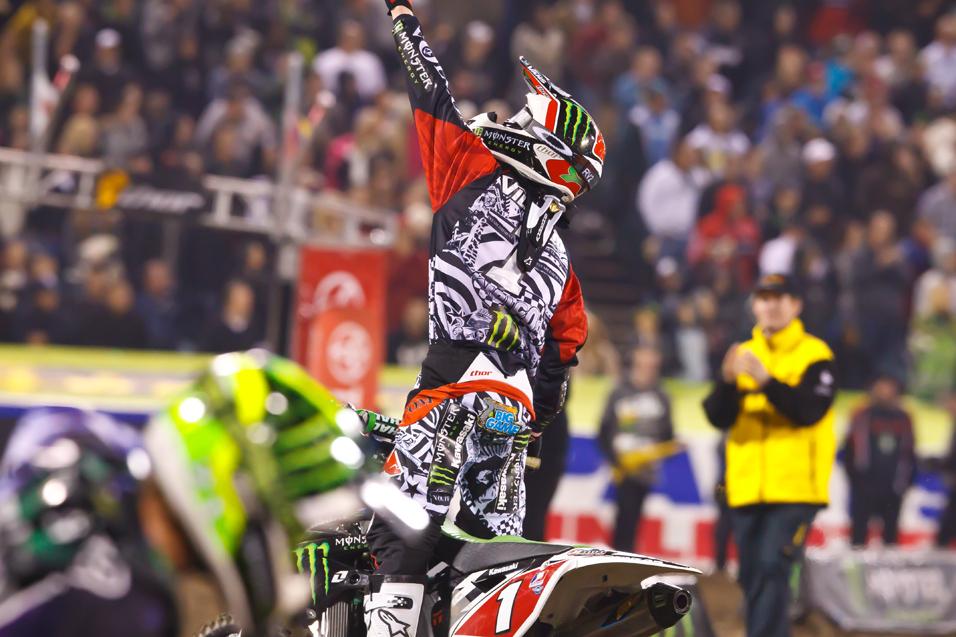 January 2, 2013 2:25pm
by: Aaron Hansel
Angel Stadium Anaheim, CA Anaheim 1 (A1) Monster Energy AMA Supercross Championship
Winning three-straight supercross championships is very, very tough, so tough that only three riders have ever have even done it. But a look at the record book shows winning three-straight season openers is even tougher. Jeremy McGrath is the only rider in history to actually accomplish the feat, doing in from 1994-1996. But that could all change this Saturday, as Ryan Villopoto could join McGrath in that (very) exclusive club with three-straight opening wins.

But that’s not the only interesting stat we can pull from the list of opening round winners below.

With five wins at the opener, Jeremy McGrath has won the first round more times than anyone else.

Interestingly enough, McGrath started his run of three-straight season-openers in 1994. Heading into that race, Mike LaRocco had won the previous two season openers (1992 and 1993). In that 1994 race, LaRocco finished a close second to McGrath. 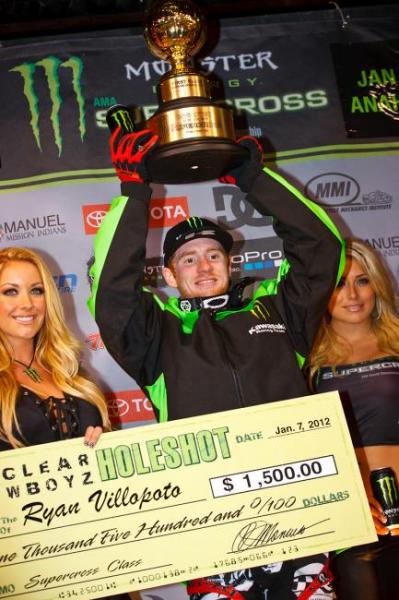 A surprising and conspicuous absence on this list is Ricky Carmichael, who was never able to take home a win at the season opener.

Honda is the first manufacturer to win three straight, as Johnny O’Mara won the opener in 1984 to follow up Donnie Hansen and David Bailey. O’Mara would win again the following year, followed by Bailey in 1986 to give Honda five consecutive years of opening round victories.

The only other manufacturer to win five opening races in a row is Yamaha. They did it in 2000 through 2004 with McGrath, David Vuillemin and Chad Reed.

Take a look at the list above. What other interesting notes and stats do you see? (And don't steal “How often does the opening round winner go on to take the title?” You know we're going to be crunching the data on that next week!)