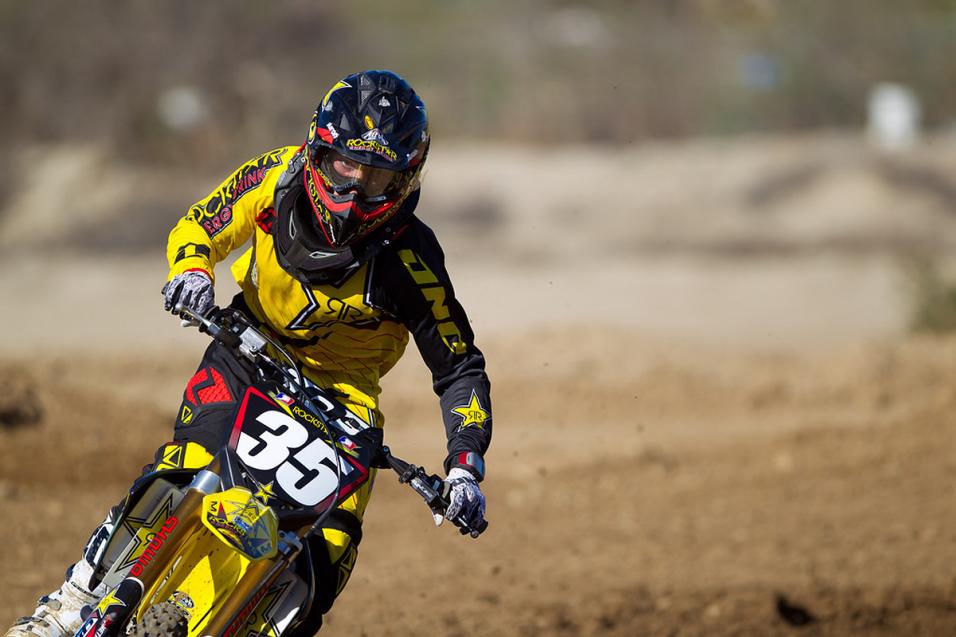 Testing is a fickle undertaking.  For the factories, it is a scheduled, highly systematic method of improving the motorcycle over a series of trials.  For most privateer riders and teams, it is a disasterous conglomeration of parts, settings and guesses.  I know every rider’s favorite thing to blame after a bad performance is the bike.  Teams hate to hear it and the fans probably scratch their heads as to what really could be wrong with such a highly tuned machine compared to their near-stock bike at home.  Let’s take a look at what goes on from when that new 2013 arrives at the team shop until it’s race ready at A1.

The biggest challenges come when either A) the manufacturer revolutionizes the current model B) you are switching manufacturers and starting from scratch C) you are switching sponsors to a different modification company.  If you are lucky enough to not fall into any of those categories, testing can be an easy task.  You already have an idea of what you like and don’t like, which is a huge bonus.  The majority of my career, I was in one of those three situations at the end of the year so let’s go with that. 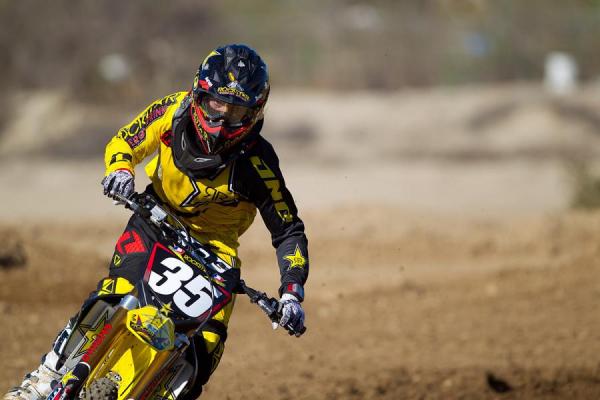 Ryan Sipes (pictured above) is making the switch from Yamaha to Suzuki for 2013.
Carlos Agurrie photo

Minus a few minor changes (handlebars, gearing, exhaust), most riders first feel out the new bikes as they come from the assembly line.  A few days of outdoor riding seems to be the norm before any testing is put on a new model.  After putting it through the paces and getting a feel for it, out come the parts to try.  The engine has endless possible combinations of cylinder heads, pistons, cams, valve trains, exhaust configurations, ECU mapping, flywheels, fuels, etc.  You can try so many different things that you can’t remember where you started (done this many times).  Being very organized and having a game plan is crucial or it ends up being a giant mess of engine parts and impossible to know what piston worked best with what head or what fuel detonated with what fuel map.  I have seen it go very smoothly and professionally and I have also seen train wrecks of biblical proportions.  In the end, you just hope to have something lightning fast and also reliable.  Unfortunately for privateers that priority changes to somewhat fast, somewhat reliable and and extremely affordable.

Suspension is a whole different ballgame.  Finding top level supercross suspension, in my opinion, is difficult.  With thousands of hop-up shops out there, most would think you can just run down to your local shim shop and come out ready to do battle.  In my experience, however, finding any suspension technician with real supercross credentials and knowledge is essential.  Supercross setup is far different than your run of the mill customer setting.  Finding the setting that will deliver a stiff initial setup for the whoops but will also be plush enough to handle braking bumps while still flex enough to turn on a flat Anaheim 180 degree turn is no easy bill.  Most of all testing time is spent on suspension and chassis.  These two components work together and one small change can affect the whole package.  Stiffening the forks can lessen traction in the rear, as raising the sag for turning will also incline the forks to dive a bit in the whoops.  It is all connected and takes a true talent to maximize this puzzle.  Anytime you see a rider talking with his team after a practice, it is almost always concerning suspension and chassis setup.  Finding a comfortable setup is key to success at any race, anywhere. 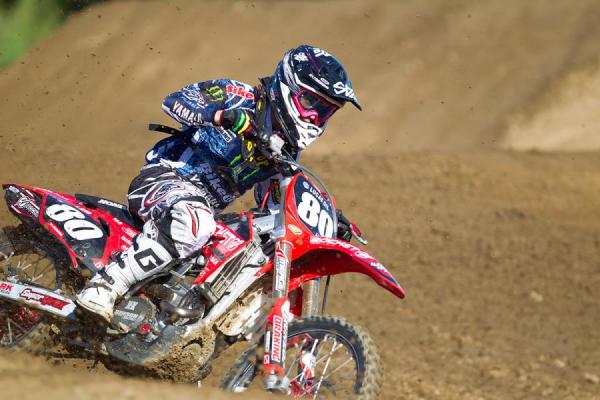 Testing is a little different for privateers like Michael Leib.
Carlos Aguirre photo

I always seemed to find myself in some aspect of change from year to year.  Whether it be a different brand or different sponsor, I felt like I didn’t often have any continuity in my program.  One team I was on, I ran out of gas five moto’s in a row and in the sixth my crankshaft decided it too had seen enough.  If that wasn’t enough, the swingarms were shoddy that year and I went through a seemingly impossible 27 swingarms between my practice bike and race bike. Yes, 27! In 2005, I felt like I had the best setup of my career to date.  My bike handled better than I could ask for and my engine was comparable to any factory setup on the track.  This bike setup is actually the reason that Tim Ferry chose to ride a Honda for Moto XXX in 2006.  It was that good.  Lo and behold, Honda decided to make a “small” change to the frame geometry.  They felt that tilting the motor forward would improve turning without adversely affecting handling.  Wrong. My supercross setup went from incredible to horrid with one small change from the manufacturer.  That geometry change may have been small in theory, but it was massive in feel.  The front end of the bike went from near perfect to absolutely horrible.  If you ever watch the first 450 heat race of the year from Anaheim 2006, you will see this change at work.  Ferry grabs the holeshot and promptly goes over the bars in the first whoop section.  This is not what he had in mind when he rode my 2005 setup a few months earlier. It took days and hours of testing by yours truly and also Ferry to find a comparable setting.  Regardless of how many things we tried, we couldn’t replicate that 2005 stability.

All in all, testing is a learning experience for everyone.  The rider learns what he likes, the technicians learn from the feedback the rider is giving and everyone learns from visually watching how the bike responds to change.  Even on a generally unchanged bike, hours and hours are spent trying to improve upon what is already considered the best setup.  No setup is perfect and where you start the season can often times be far from where you end it.  It is a continually evolving process, evident in the progression from mono shocks and air cooled bikes to the fuel injected fire breathers of today.  Having been a part of many test sessions myself, it is a cool thing to see how much a bike can improve with subtle changes that are unseen by the naked eye.  It makes one wonder, what is really inside these “production” bikes.  From what I have seen, the sky is the limit.