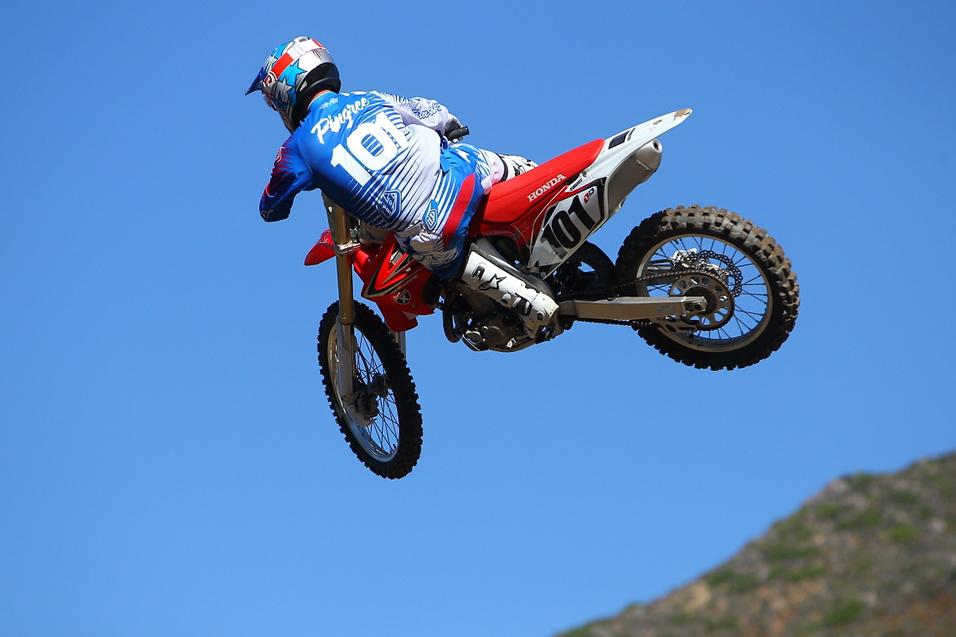 I just saw the national numbers list for 2013 and I have a question.  Why has permanent #6 gone unpicked for so many years? Is there some kind of hex on that one like #13 that I am not aware of?  The last person I can remember running the #6 was Lamson back in the day.

Motocross racers are a superstitious bunch. This is coming from a guy who still ALWAYS puts his left sock and knee brace on before his right. I also used to have some special underwear when I was racing. Not those magical drawers that Mormon’s have but just a nice set of chonies that I always thought brought me a little bit of extra luck. I know that all seems stupid but think about it … we race motorized bikes around a circular track against other guys in brightly colored clothes. It’s all stupid.

The number 666, my curious friend, is the number of the beast as indicated in the Bible’s book of Revelations. It is a mark that will be taken by those who follow Satan. Since there are three number plates on a bike that would mean you have three sixes on your ride, not exactly the holiest of digits. I remember Mike Larocco had the number one year when he was riding for Suzuki and he actually added an extra six underneath his rear fender so there were four of the numbers. Do I think God will reach down and smite someone for having that number on their bike at a supercross race? No. But when you are taking as many risks as these guys do every day there’s no need to tempt fate.

What’s with the kids, mostly in amateurs, over-revving in the air? It’s not a panic rev or anything it’s just a half way through the air PIN IT! Type of thing. I work at the Elsinore track (the 2013 crf250 showing was great by the way) and that’s almost all I hear. I was just wondering if there was a purpose or secret to doing so?

The obnoxious stutter of an engine bouncing wildly off the rev limiter serves no functional purpose. These little turds think they sound faster and more “gnarly” if they rev their bike up so everyone within a thirty-mile radius looks to see what the racket is all about. You know what is gnarly? Winning races. And being wide open while you are in the air doesn’t help you do that. I hope all you booger-eating tween-agers consider that back at your truck while you are struggling to pull on your skinny jeans and stuffing your ears up into your hat.