CORONA, Calif. – Mere hours before the gate drops on the 2012 Monster Energy Cup in Las Vegas, Australian superstar and motocross veteran Chad Reed was introduced as the newest member of the Monster Army at the pre-race press conference from Sam Boyd Stadium.

After earning a pair of Monster Energy Supercross titles in 2004 and 2008, an AMA Motocross Championship in 2009, 57 career AMA victories, and the most podium finishes in the history of the sport, Reed holds the distinction of being the most successful international rider of all time. With 11 years of competition under his belt, Reed has competed against the sport’s legends of past and present like Jeremy McGrath, Ricky Carmichael, Kevin Windham, James Stewart, Ryan Villopoto, and Ryan Dungey, defeating each one of them in amassing his impressive racing résumé.

“To sign a rider of Chad’s caliber is an incredible addition to Monster Energy’s motocross team,” said Bruce Stjernstrom, Vice President of Sports Marketing for Monster Energy. “He is one of the sport’s most influential riders who’s accomplishments speak for themselves. Along with Ryan Villopoto, Dean Wilson, Jake Weimer, and the entire Pro Circuit Kawasaki team, Chad embodies what Monster Energy is all about, proven winners who pave their own path.” 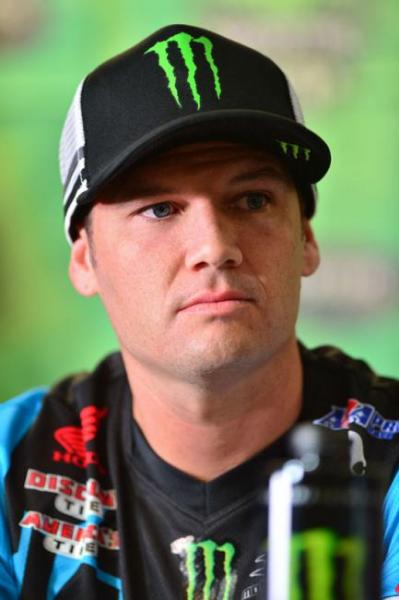 Reed is making his long-awaited return to competition tomorrow night at the Monster Energy Cup following a lengthy recovery process from season-ending injuries suffered during the 2012 Monster Energy Supercross season. In his continued preparations for full slate of 2013 title runs in Monster Energy Supercross and AMA Motocross Championship, Reed will return to his home country of Australia to compete in the final three rounds of the Australian Supercross Championship, beginning next weekend in Phillip Island in conjunction with the MotoGP event.