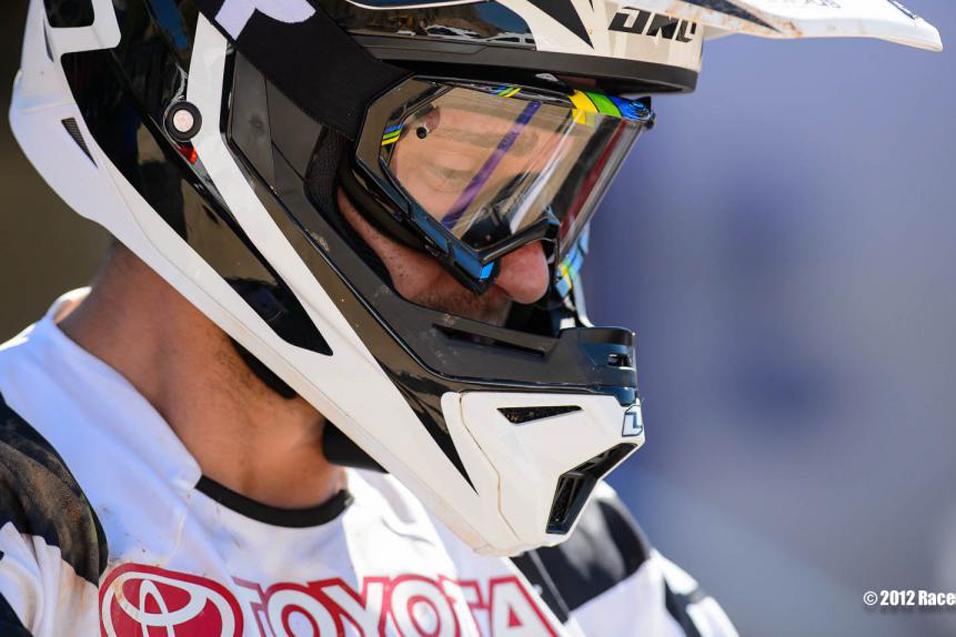 Want to know the real reason why the 250 Class is always so deep in Lucas Oil Pro Motocross? Because every top team needs two riders to race each region of Monster Energy Supercross Lites, which creates four-rider teams when everyone comes together outdoors. Four-rider teams are standard fare in the 250s, while no 450 teams ever employ that many riders.

Well, Star is going with just a single rider for each SX coast--presumably Kyle Cunningham will race one side and Jeremy Martin will race another. Cooper Webb won't be on board as a pro until Hangtown. The team is taking a huge risk, because one little supercross injury will essentially grind the team to a halt, or, send them scrambling for replacements. Considering the odds of two riders making it through supercross unharmed, don't be surprised if Bobby Regan and co. have to pull out the Rolodex (or, their contact list in their phone. Does anyone have a Rolodex anymore?)

As for JGR, last year's Stewart signing was supposed to be the future, the path to the next level and potential championships. It didn't work, and now they've gone back to the past. But I think last year's season made the whole team appreciate what they had a little more--and that goes for both the team and the riders. Both Justin Brayton and Josh Grant realized they really liked being there, and the team realized how much they liked having them. Do they enter 2013 as a genuine title threat? Nope. But everyone is happy the be there, everyone is having fun, and the pressure and stress of 2012 is long gone. Considering this is a team that races because it wants to, not because it has to, having fun again is an important ingredient.

Yamaha’s announcement of their 2013 teams shows some promise and some restraint. It’s no secret that the blue crew has been pulling back from pro racing the last few years but I was hoping that with the announcement of a revamped privateer contingency plan for supercross and motocross, we’d see more effort put into supporting some pro teams or maybe a return by the factory team. But as it is, the JGR Yamaha team has announced a couple of badly kept secrets in the form of riders Justin Brayton and Josh Grant and the Star team announcement probably was met with yawns but stay with me here, this could be a good thing.

But first, what’s old is new again for the NASCAR guys and although it’s not a traditional way of going about business in our sport, I like both the hires. Brayton’s as solid as they come on and off the track and it’s great to see that he’s fully embraced the North Carolina life which will make Coy Gibbs happy. Brayton’s going to stay in California in the winter but then go back to NC and that way the team can test and try to improve the bike. Grant had a nice comeback season last year and although things ended kind of badly between JGR and Josh the first go-around, he and the team are in a different place these days. Both guys will log some fine finishes for Yamaha and JGR this year.

Looks like the Star Yamaha guys have pulled back a bit for 2013 and that might be a good thing. The team last year merged with Valli Motorsports and by all accounts, it was probably too much to handle for the both parties. Riders came and went week in and week out and everyone’s performance suffered. Kyle Cunningham had a great 2011 season for the team and a forgettable 2012 so let’s hope he can get back to his old level. Jeremy Martin showed that he’s pretty good and Cooper Webb, well I’ve heard a lot about this kid and I’m sure, like all amateur fast guys, he’ll be just fine. Paring everything down, bringing it in-house and focusing on just a few guys could prove to be the remedy to a team that struggled last year.

The Eleven10 Mod guys are also getting some help from Yamaha this year (not in the official PR though) and will have Alex Martin and another guy that owner Chad Sanner is saying will be a great addition once everything is officially signed. He’s looking forward to creating a little blue powerhouse in a black box van.

Well it isn’t the splash JGR/Toyota Yamaha made last year with the signing of James Stewart. Nope, ESPN and the entire motocross media didn’t flock to North Carolina to cover a big press conference that a year ago fueled a must-win scenario for JGR heading into 2012. One year after the Stewart debacle, JGR has gone back to their roots … circa 2010. They’ve brought back Justin Brayton and Josh Grant to form a formidable lineup that could challenge for podiums, but don’t expect any title aspirations coming out of Charlotte for 2013.


And what a difference a year makes for Star Racing, who last year teamed up with Valli Yamaha to roll out a small army of seven riders that has now dwindled to three (Cooper Webb will likely join the team outdoors). Star has begun to make a small dent in the Pro Circuit Kawasaki, GEICO Honda stranglehold on the amateur ranks with the signings of two of the brightest stars to come out of the 2012 class in Webb and Jeremy Martin. But as has been the MAJOR hole in the Star program in the past; is will they actually hold on to these budding stars? Names like Matt Lemoine, Wil Hahn, Darryn Durham have all rolled through the Star team, only to roll out the following year, and now, more recently, Gannon Audette, Nico Izzi and Kyle Peters (who was the number two rated prospect behind Justin Bogle in 2011.) This is where Star has dropped the ball in comparison to Pro Circuit and GEICO. They have continuously failed to let these teenagers develop into the stars they can become. If they let Martin and Webb develop, they could challenge for a title down the road. But if it’s another round of one-and-done, it could affect the team not only this year but down the road as amateur prospects may become weary to join a team that has a history of one year and out.
Read Now
November 2020 Issue Now Available