“Justin is humble and wholesome, but he is a fierce competitor and up for any challenge,” says Victor Sheldon, SPY motocross marketing manager. “SPY was founded on a passion for moto, and Justin has the same spark as guys like [Jeremy] McGrath, [Kevin] Windham and [Tony] Cairoli. We’ve already seen what he can do, and we know he’s just getting started.”

Sweeping the AMA East Coast Lites title two years in a row, Barcia’s recent wave of Supercross wins and downright fierce style will continue to catapult him forward as the future in this sport. Beginning in early 2013, Barcia will embark on his tour of the AMA 450 Supercross class and the AMA 450 Motocross Championship for Team Honda Muscle Milk while rocking SPY’s Happy Lens™ technology, launching February 2012, and his signature SPY Omen MX goggles, dropping May 2013. 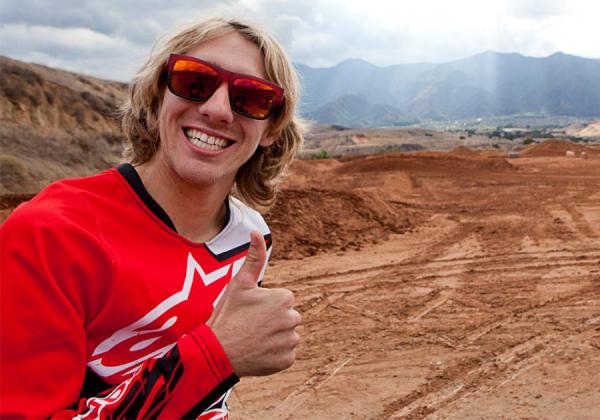 “Joining the SPY team is unreal,” says Barcia. “Guys like McGrath and Windham have given so much to moto, and SPY has had their backs the whole time. I’m excited to see what we can do together, and to finally sport some sick looking frames.”