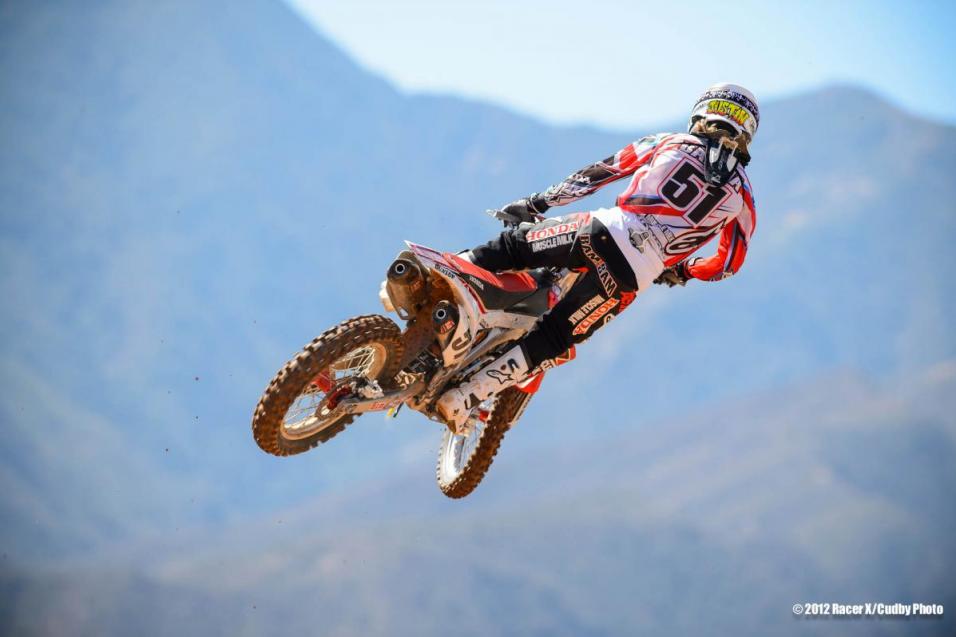 With the 2012 Monster Energy Cup coming up this weekend right here in Las Vegas, a promise of an upset win by a Lites rider is not looking very strong. The format of the MEC is run-what-ya-brung which means that some of the sport's top 250 teams are coming up to see what they got. The dearly departed U.S. Open also had this format during the last few years of its existence, and one time, GEICO Honda’s Jake Weimer won the second night going away on his Honda CRF250, while a big first turn crash collected some of the bigger names.

So it’s been done and I suppose, out of all the racers racing 250s this weekend, new 250 Motocross Champion Blake Baggett has the best shot at perhaps breaking into the top three, or maybe with some luck, get onto the top spot. The Monster Energy/Pro Circuit Kawasaki racer is one of the only known racers lining up this weekend on a 250 (the PC team confirmed to us yesterday that Baggett will be on a 250). But perhaps even more intriguing is GEICO Honda’s Eli Tomac is not racing a 250, but a Honda 450 (Tomac raced a 450 at this race last year, too, and was quietly effective). And  Justin Barcia is also on a 450, but now for the factory Honda Muscle Milk team. 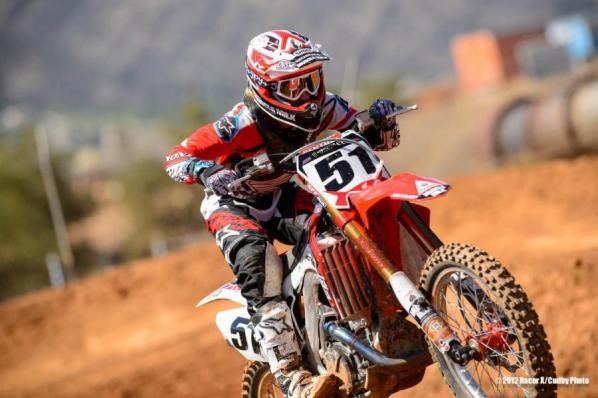 We reached out to the Rockstar Suzuki team and they’re not having any of their 250 guys line up, and it’s unknown what the Star Yamaha guys are doing at this point. The Red Bull KTM stars of Ken Roczen and Marvin Musquin are sitting this one out as well, both using their off-season to get surgery and heal up from injuries suffered earlier this year (broken arm for Roczen, broken hand for Musquin). That leaves Baggett as the 250 classes’ best hope this Saturday night.

The cool thing about the MEC is the three main events are relatively short, so Baggett could potentially pull off some great finishes. The split start doesn’t favor the bigger 450 motors as much (although Blake is not known as a holeshot artist anyway), the shorter laps mean less chances for him to lose time if he does get up front, and also something to think about is Blake’s been in the training/practicing mode a lot longer than many of his competitors because of his inclusion on the MXoN team.

The incredible battle for the 2012 250 Lucas Oil Pro Motocross title is still fresh in our minds, and three of the main players are set for the weekend. Stay tuned to see if Baggett, or one of the other 250 guys, can pull off the impossible and battle the 450s--and to see if Barcia and Tomac can prove they truly belong up front on the big bikes.