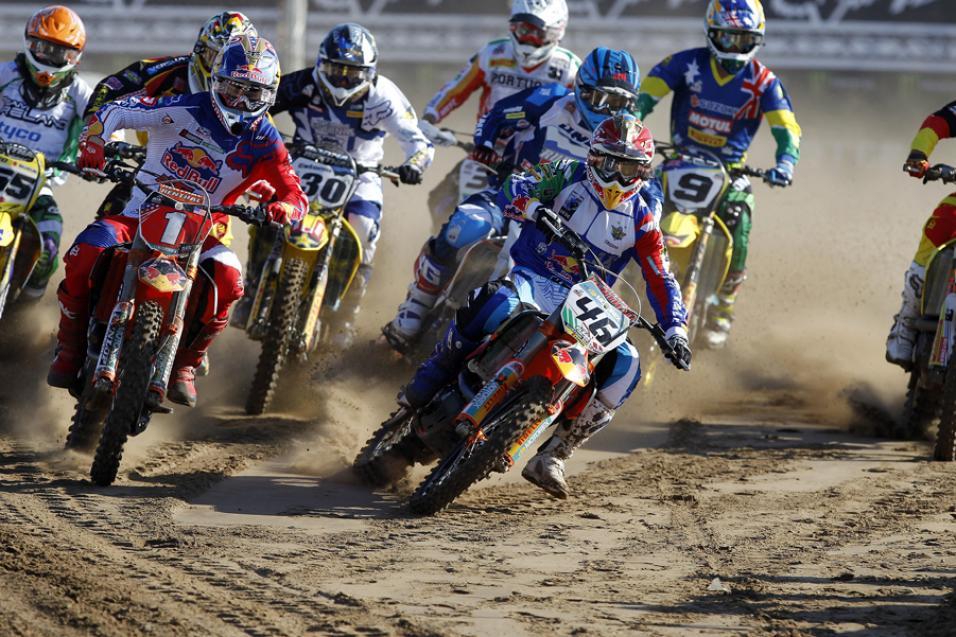 It had to happen eventually, and with the 66th Motocross of Nations occurring in the rippling mass of sand that is Lommel in Belgium Team USA saw the second longest streak of their peerless Chamberlain trophy ownership come to an end. On this heavy battlefield of ruts and bumps it was Germany who recorded their first triumph only two years after they made the top three for the first time in the history of the contest at Thunder Valley. The trio of Ken Roczen (the best MX2 rider for the third year in a row), Max Nagl (in his farewell as a factory KTM rider after almost a decade in orange) and Marcus Schiffer (the 2012 German MX1 Champion) defeated Belgium on home turf and the defending champs in a typically fraught and dramatic programme.

Lommel was packed with fans, different languages and colours and thankfully the Belgian sunshine was particularly generous. After qualification on Saturday the fast layout was clearly a happy domain for FIM World Champions Tony Cairoli (Italy) and Jeffrey Herlings (eighteen years old and undefeated on Dutch sand in three years of GP racing) with lap-times three-four seconds quicker and it would be clear that Team USA would need a solid card of results and then have to look to race incidents to try and make the difference over the Belgians and Germans that boasted perhaps the only set of trios that could make the same consistency as Dungey, Barcia and Baggett. 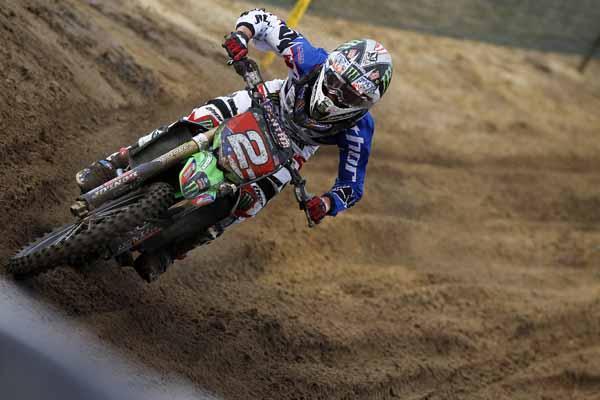 The moto victories were convincing and predictable. Cairoli took two of the races to end 2012 as the fastest and best racer this side of the Atlantic, and Herlings lapped up to sixth position in the second moto. The anticipated duel between the Red Bull KTM pair didn’t really materialise in the final MX1 and MX Open match-up as Herlings tumbled in the first section and had to demonstrate his prowess in the sand by returning from the rear of the pack to second place and then hack into an eighteen second lead by the Sicilian. He almost made it to the rear wheel of the ‘46’ machine but ran out of puff in the last four laps and Cairoli had enough in reserve to keep a small cushion.

So with Italy and Holland posting enough points to skirt the fringes of the podium it was left to the three protagonist countries to organise themselves in positions of honour.

All three of Team USA’s riders got a closer look at the sand than they would have preferred. Ryan Dungey swapped-off the KTM exiting the waves at the end of the first moto and was lucky to escape unscathed. An off-track excursion in the second race created his 7-9 results. Baggett was perhaps the rider who adapted best to the smooth rhythm demanded by the terrain by the second half of both of his motos and his sixth at the second attempt was far better than the fourteenth he originally posted. The AMA champ was still lapped by Herlings. It was left to Barcia to provide extra exhilaration. On the CRF450R the Nations rookie clashed with Belgium’s Ken De Dycker in his first moto and to his credit completed the rest of the distance with broken wheel spokes until the front end finally locked on the last lap and he luckily slid his way into the pit-lane. The quick remedy to get the SX champ back on the sand kept the U.S. in the hunt and saved 16 points from what could have been a DNF. Barcia’s third place in the final sprint was the best of the day for Team USA who were effectively handed an education in the sand at Lommel and almost admitted as much afterwards. 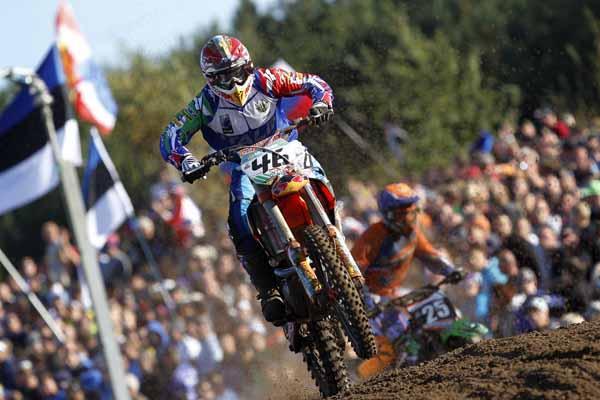 Holland saw their chances of champagne ebb away as Marc de Reuver crashed in the second moto in the same incident as Herlings and the Dutch had already used their ‘joker’ with Glen Coldenhoff’s DNF due to a broken clutch lever. Belgium also had to trash a mechanical failure as Jeremy Van Horebeek’s KTM expired and he joined fellow MX2 rider and brand-mate Great Britain’s Jake Nicholls on the sidelines. Italy’s Alex Lupino broke a thumb ligament in the pre-event karting race on Friday night and only six more positions up from his 25th in the second moto would have elevated the team onto the box as Davide Guarneri’s fine 5-13 played an apt understudy to Cairoli. “I’m really happy to win the overall and both races but I’m also really disappointed about the result with Italy,” said the MX1 Champion. “I thought we could finish on the podium but unfortunately with the injury to Lupino we could not make it again. I’ve ridden the Nations a lot of times but never been that close.”

France relied on Gautier Paulin to provide their firepower and the Kawasaki rider continues to shine on the Nations stage (victories in 2009 and 2011) by taking a fine second to Cairoli in the first moto. Paulin suffered a hefty crash in his second try but it was Musquin’s 11th place in Moto2 and Xavier Boog’s haul of 16-19 that pushed them to the second page of the results sheets in sixth. 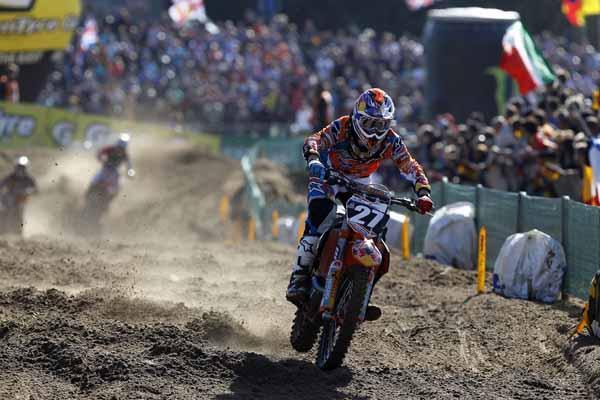 Jeffrey Herlings' moto win wasn't enough to get the Netherlands on the podium.
Ray Archer photo

Props to Estonia’s Tanel Leok with a 4-2 representing perhaps his most profitable outing on the factory Rockstar Suzuki in 2012 and pushed his country to seventh ahead of Great Britain with Max Anstie’s climb from outside the top twenty to ninth spot in Moto2 the highlight for the trio that included an effective but distant Searle and Nicholls delivering a best of 16th in MX2.

Lommel was a milestone for Germany almost a year before the 2013 edition will travel to the undulations of the Teutschenthal hard-pack and home ground next September. With Roczen and co. wearing the red number plates and the 1-2-3 digits it will be another bumper spectacle in a zone of Europe that is currently experiencing a hot flush with the sport. For Team USA Belgium was hard, educational and ultimately beneficial. There is nothing to replenish motivation and refuel desire than three bronze medals after so many golds. 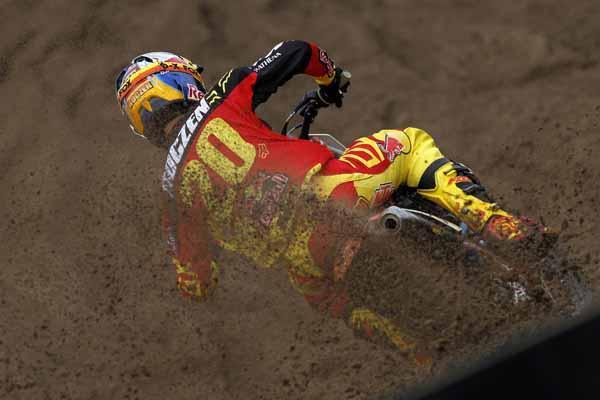 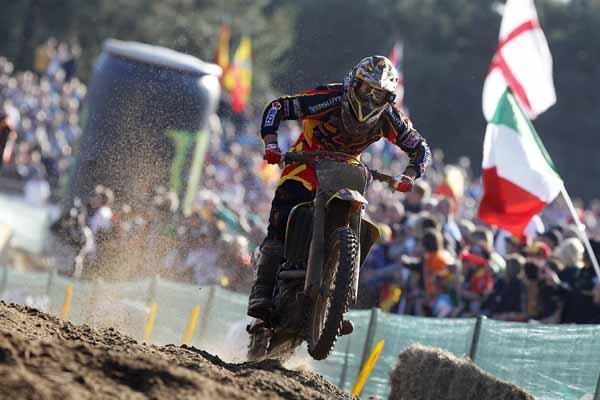 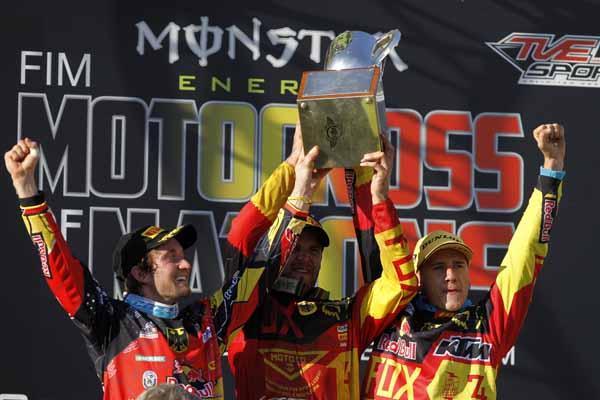 Full results have not been posted