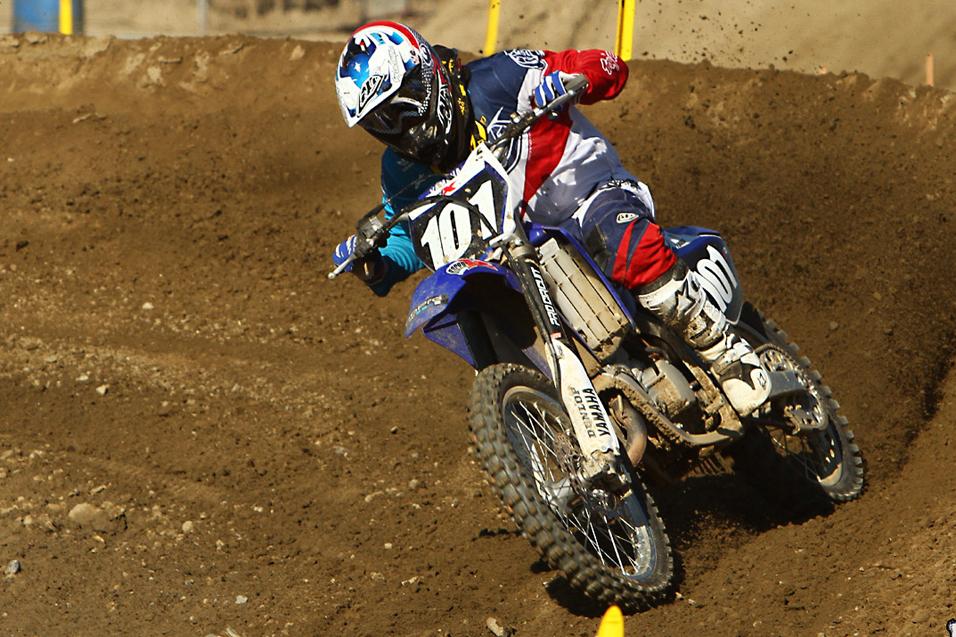 After careers are over, do professional racers get discounted/free bikes from the manufacturers of the last bike they raced on?  The GOAT is on a Suzuki, Fro is on a Kawi and Jeremy on his Honda. Do you guys just go with what you feel is the right bike or just an allegiance with a brand? Is there a contractual obligation in some instances? Same question applies to gear, boots, helmets, etc.

The free bike thing is something that has diminished significantly since the economy tanked. The standard used to be that if a rider won a championship with a brand or had a longstanding relationship with them he got a free bike to use for the year as long as he was still actively riding. Some of that is/was just based upon relationships the rider built over the years. In some cases, riders still have contracts with manufacturers. McGrath still does testing for Honda, RC has some sort of ambassador/development agreement with Suzuki and Emig still does some PR work for Kawasaki. Some guys who used to get bikes have since been cut off [Greg Albertyn with Suzuki and Grant Langston with Yamaha—though Grant now gets bikes from KTM since he owns a dealership].

As far as gear goes it is usually relationship-based. Carmichael and Emig have been Shift/Fox guys forever so they maintain that friendship. Jeremy is a DC athlete so he probably has some type of business arrangement to help them launch that product. Again, it usually comes down to the way you treated people when you were racing. Jason Lawrence is probably not still getting free bikes from Yamaha is my guess.

First off, my girlfriend is a cover-up… I love you. Seriously though, I was just reading through Dan Truman's chart of projected national numbers for 2013 and it got me to thinking… I cannot find anywhere in AMA rules that says you are not allowed to run the number 0 or 00 (unless I really overlooked something) so why does nobody run these? I was 00 in high-school basketball so in the event that I would wake up tomorrow and have an AMA championship to my name, I would like to be able to keep my career number, I'm sure you can appreciate that.

My more important question is, can just a run-of the mill college grad ever have a job in the motocross industry? Specifically in journalism? I have ridden and raced quads for 13 years and currently am a junior in college and I would work for free [possibly pay Coombs] to write for Racer X, or any motocross publication for that matter. However, I feel like I am at a bit of a disadvantage because most of the columns I read seem to be written by current or former racers, guys who have been a big part of the MX industry for a long time, or Weigandt, who knows all things. I am a motocross nerd to the maximum imaginable level, soon will have a bachelor's degree, have watched Motocross 101 about 751 times (roughly) and, in addition to my ATV racing, have about 30 hours riding experience on an 87 XR250R. Think I've got a shot?

Thanks for your assistance, your column rocks and so does Racer X,

This question hit me like a slap in the face. Why doesn’t anybody use that number? Why don’t I use that number? It reeks of self-deprivation, hockey fan jerseys and bad football place kickers but I’ve never, ever seen it run in the motocross world. There are NASCAR teams that use the double zero, Celtic’s icon Robert Parish wore the number and Clark W. Griswold was a fan. So, why not in moto? I contacted the AMA to get an official response and they said… nothing. They never got back to me. But I will find the answer to this; you have my word. The real question is: Do any of the riders eligible to pick a permanent number have the balls to run the double zeros if it is legal?

Regarding your request to work in the motocross industry as an editor I don’t think it looks good for you. You actually had me feeling all warm and fuzzy with some flattery, the number issue and college education. But then you dropped the quad bomb on me and I went from midnight to six faster than Neil Patrick Harris at the Playboy mansion. I was even willing to overlook the fact that you are currently riding a 1987 XR250R, your thirteen-year history of racing quads is a major black eye for your resume. My suggestion: Change your name, sell the quad and never speak of it again, send in a resume explaining your willingness to work for free and put about 30 more hours on that XR of yours. You’ll be editing The Racing Paper in no time.

I enjoy your weekly column and, against my better judgement, I value your opinion.  My pre-teen son is on his 7th year of racing and we have made many friends along this journey.  Within the last couple of years MX training facilities are sprouting up in the southeast faster than James Stewart face plants in the dirt.  We have a large number of friends who are sending their 12+ year olds off to live at these compounds for weeks at a time.  Some parents are staying there with the kid, some are leaving them and travel back every week or so for quality parent/child time. Without considering the cost, what are your thoughts on this?  Is this the next evolution of the sport?

There is definitely an upside for those willing/able to spend time in a group setting like that. Getting to ride with faster kids, riding good tracks and having all the training equipment and support in one location is a big plus and kids can make huge leaps in speed and skill in a short period of time by attending one of these camps. However, be careful not to turn your kid completely loose with a bunch of other kids. My dad had a saying when I wanted to do something like that: “Son, I’ll give you just enough rope to hang yourself.” I knew that if I screwed up that I would be paying for it for a long time and he made sure he followed through. He once sold my bikes and trailer because I brought home a D on a mid-term report card in algebra class. I didn’t touch a motorcycle for almost an entire year. After that I never let my grades slip again and I really appreciated my bikes and the effort my family put into my racing. I would suggest staying there with your child or at least visiting regularly because even your precious, little angel will end up blowing up chickens with M-80’s and lighting things on fire if left parentless with a group of other boys. True story.

Good luck with that.