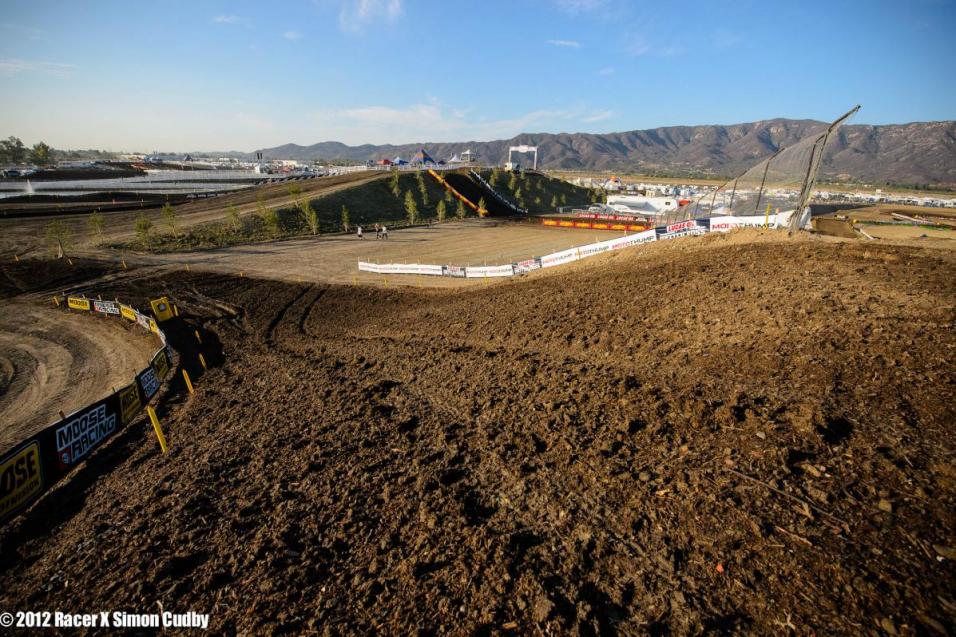 A revamped Lake Elsinore plays host for the final round of the 2012 Lucas Oil Pro Motocross Championship. Although Red Bull KTM’s Ryan Dungey and MotoConcepts’ Mike Alessi have already clinched the top two spots in the series, plenty was still on the line at the final round. For privateers Austin Politelli and Weston Peick, among others, who’ve had limited opportunities to impress the industry, one last chance to leave a lasting impression is on the line. Also up for grabs is third in points, with Chaparral Honda’s Andrew Short leading Monster Kawasaki’s Jake Weimer by six heading into the final round.

Alessi would grab another one of his patented holeshots in the first moto with Tyla Rattray, Derek Anderson and Ryan Dungey in tow. A first turn pileup would collect last week’s podium finisher Josh Grant and the aforementioned Weimer, among others. Alessi dashed to the early lead, but would come under pressure from Dungey down the stretch. A valiant effort from Alessi would prove futile as Dungey was too strong late in the race. Dungey cruised to the moto win, making it 17 of 19 moto wins since Thunder Valley for the 2012 450 Champion. Alessi would hold on for second with Broc Tickle rounding out the podium.

Although he was collected in the first turn pileup, Weimer pieced together a dazzling ride to charge back to 5th, gaining valuable points on Short who finished 8th. Rattray was able to outlast his teammate for 4th, with Kyle Regal, Christian Craig, Fredrik Noren and Ben LaMay rounding out the top-ten.