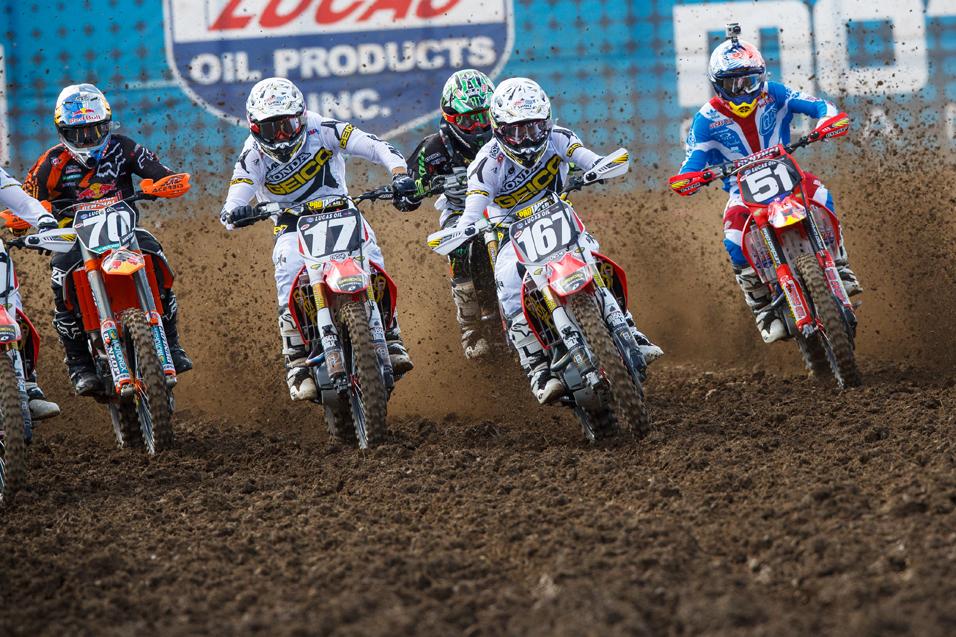 A day that began with a thick layer of fog covering historic Unadilla Valley Sports Center in New Berlin, New York, ended with one Lucas Oil Pro Motocross Championship National title in the clear, and another on the brink.

Thanks in part to a mechanical DNF from MotoConcepts’ Mike Alessi in moto one, Ryan Dungey wrapped up the first 450 National title in KTM's history. Dungey wasn’t the only orange rider stealing the show at ‘Dilla, either. Ken Roczen was finally able to overcome his late-race demons to win his first career moto in America. Joining Roczen in the KTM spotlight was his teammate, Marvin Musquin, who clawed his way to his first 250 overall win in the U.S. by way of unlikely 2-3 scores.

Let’s take a look at the lap charts to see how it all broke down.

Yoshimura Suzuki’s James Stewart had a bumpy return to action at Unadilla—one that was plagued with crashes, and ultimately spelled the end of his season after he dislocated his finger in a second moto crash. But when Stewart was on the bike, he was on fire, setting a fast lap that was nearly two seconds clear of the field in the first moto.

After heavy rains pounded Unadilla on Friday, the track pushed the best riders in the world to their limits on Saturday. The first moto produced five different leaders (Stewart, Dungey, Jake Weimer, Michael Byrne and Broc Tickle), with three of the five losing the lead due to crashes (Weimer, Byrne, Stewart), two unable to finish the moto (Weimer, Byrne) and one rider that would lose his season to a broken leg (Byrne).

With the Asterisk Medical crew working overtime, Tickle and Dungey were locked in a clash of their own. Dungey, who seems to only get stronger late in the race, was pushing the limits, while Tickle was trying to withstand the assault. Let’s dig deeper and size up the lap charts of Dungey and Tickle late in moto one.

There were two laps that spelled the demise for Tickle at the end of the moto. The first came on lap eight (not pictured in the table), when Dungey gained nearly four seconds on Tickle when he threw down a 2:18.6 compared to Tickle’s 2:23.5. The other came on lap fifteen when Dungey carved out a 2:16.7 (his second fastest of the moto) and Tickle, desperately trying to fend off Dungey, dropped down to a 2:19.4. Those two laps would ultimately decide the fate of the moto for Tickle as he finished just .9 seconds behind Dungey. 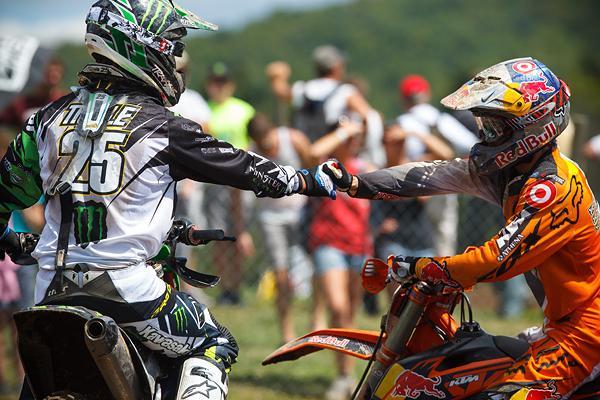 Dungey (right) and Tickle (left) battled to the end in the first moto at Unadilla.
Simon Cudby photo

Red Bull KTM stole the show and the headlines at Unadilla. Overshadowed by the Orange Brigade was the clinic Eli Tomac put on in the second moto. At times, Tomac was gaining four seconds a lap on the leader, and his teammate, Justin Barcia. Let’s examine the full lap charts of Tomac and Barcia for a better understanding of how fast Tomac was actually going.

After limping his way to a 2:20.5 in the first lap, Tomac rattled off eight straight laps that were under the 2:16 mark. To put that in perspective, thirty-five riders' fastest laps were over 2:16—including overall winner Marvin Musquin. Tomac wasn’t just on another level in the second moto, he was on another planet. 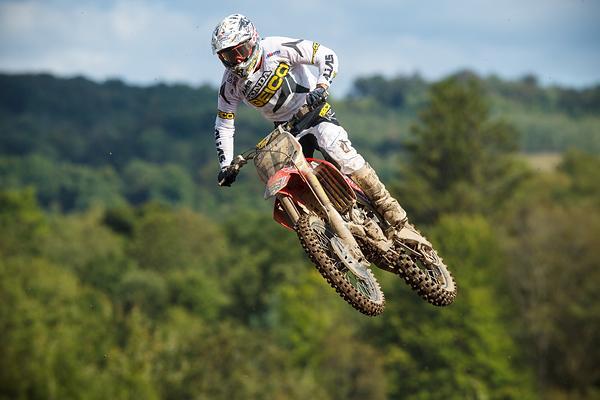