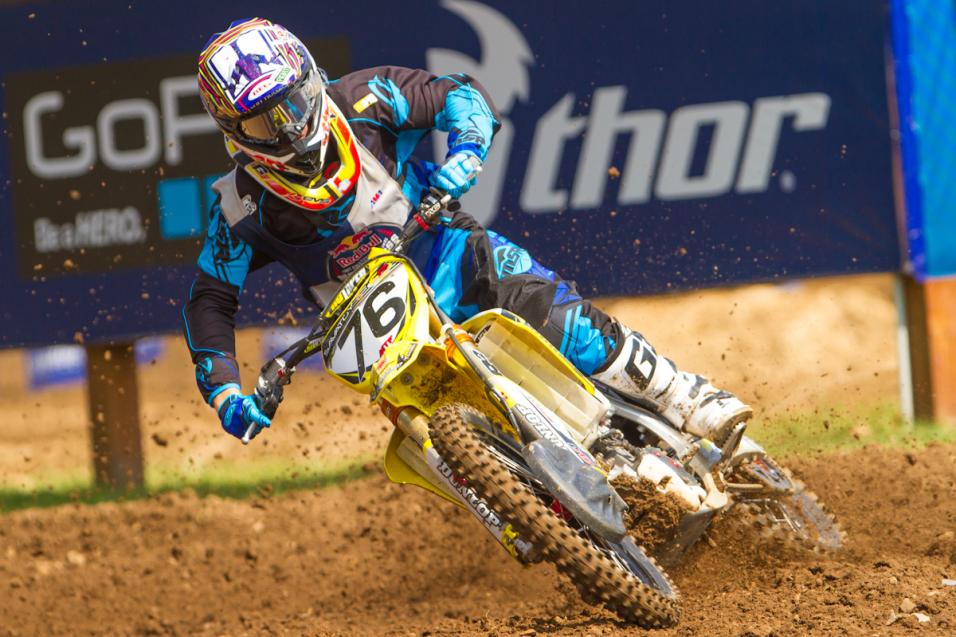 Racing has come to a close after five consecutive days of amateur motocross at the historic Loretta Lynn Ranch in Hurricane Mills, Tenn. Over the course of two days, 36 National Champions were crowned in the 31st running of the 2012 Red Bull AMA Amateur National Motocross Championship presented by Amsoil.

The final moto of the 450 A division proved to be the highlight of Saturday's racing, but this time the excitement didn't exactly come from the Moto 3 first place battle. Minnesota natives Zack Williams and Jesse Wentland put on quite a show as they battled back and forth for the second place position, but more importantly the championship title was on the line to whichever rider could secure that spot. By Moto 3 Joey Savatgy was a definite standout, winning two of the three motos. However, Savatgy had a ninth place finish in the opening moto that kept him out of the running despite his 9-1-1 moto score. Williams went on to secure the title after ending out Wentland in the final moto, while Savatgy grabbed third overall.

History is in the works for mini superstar Adam Cianciarulo as he added two more Super Mini championships to his collection-thus tying Mike Alessi and James Stewart's record of eleven total championships at Loretta Lynn's. Cianciarulo went undefeated both Super Mini 1 and Super Mini 2 to notably end his career on minis. 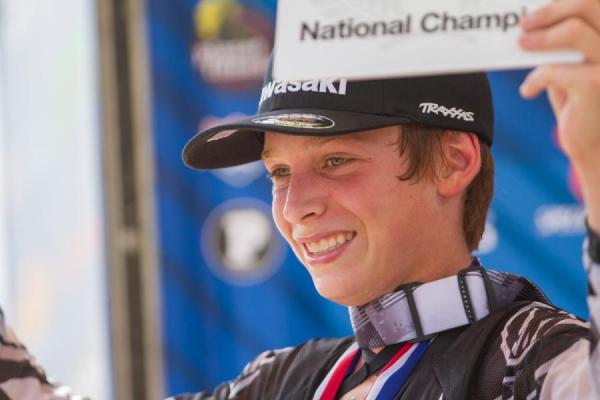 The new addition of the Two-Stroke (16+) class was a big hit in its first year at Loretta's. Perhaps the most interesting aspect of the class is the diversity of age amongst the front-runners-ranging from 17-year-old Ty Siminoe to 32-year-old class champion Mike Sleeter-it was one of the deepest fields of talent behind the starting gate. Tennessee's Sean Cunningham rounded out the podium with a 4-6-5 moto score.

California's Doug Dubach acquired his ninth National title this week after taking home four of the six motos he entered. Dubach first secured the Senior 45+ championship over Michigan's John Grewe and Florida's Earl May. Dubach then wrapped up the Senior 40+ title with a 3-1-1 moto score. Connecticut's Michael Treadwell came out strong with a win in the opening moto, ultimately finishing up with second overall. Off-road star Destry Abbott put in a solid 4-2-3 score to give him third overall in a competitive 40+ division.

Saturday evening hosted the 2012 Loretta Lynn's Awards Ceremonies where the top 10 riders from each of the 36 classes received top honors in front of friends, family and industry folks inside the Amsoil Arena. This year's recipient of the coveted AMA Horizon Award, presented to the rider showing the most promise for a professional career, was 250 A champion Zach Bell who plans to begin his professional career next weekend at the Lucas Oil Pro Motocross Championship. Adam Cianciarulo received the AMA Youth award; while Robbie Reynard took home AMA's top Vet honors. California posted the most champions this year with 11 total, giving them the 2012 State Champion Award.

That concludes the 2012 Red Bull AMA Amateur National Motocross Championship presented by Amsoil at the Loretta Lynn Ranch in Hurricane Mills, Tenn. Click HERE for all results from the 2012 National. For more information, visit the series website at www.mxsports.com. 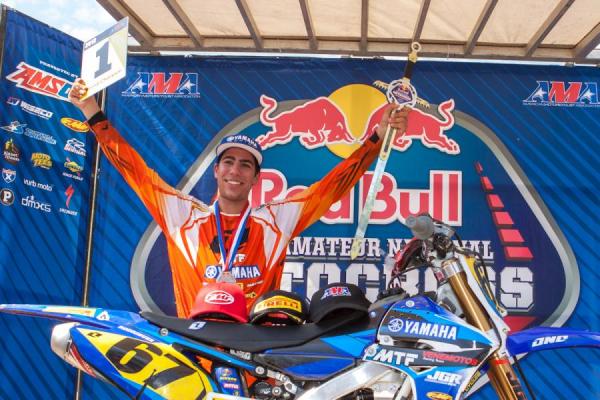 Congratulations to all 2012 National Champions!