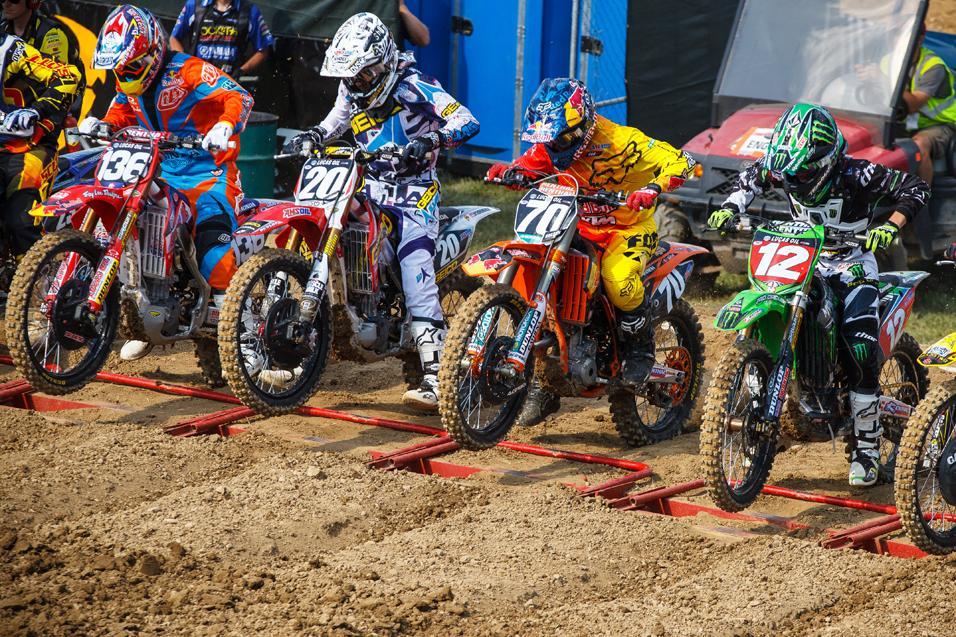 We've got two weeks off in the Lucas Oil Pro Motocross Championship. We'll have coverage of the Red Bull Amateur Nationals at Loretta Lynn Ranch coming next week, but perhaps a lack of pro riding will leave you bored, tired and scared. To help you get through it, we asked our Racer X Films boys to pick their best vids of the year so far. You've got time to catch up--so watch these.

Chad Reed at Castillo Ranch
Matt Francis hooked up with TwoTwo Motorsports’ Chad Reed at the famous Castillo Ranch to capture Chad prepping for the 2012 Monster Energy Supercross season and also having some fun in the hills. It was an impressive way to kick off 2012 for Racer X Films.

Comp Edge MX Practice
During the heart of Monster Energy Supercross, Francis headed out to Competitive Edge and caught some of the best riders in the world prepping for the 2012 Lucas Oil Pro Motocross Championship season.

Racer X Remastered, Freestone
The motocross industry was a buzz as the Lucas Oil Pro Motocross Championship headed to Freestone County Raceway just one week after James Stewart made a triumphant return to the Nationals with a 1-1 finish at Hangtown. Francis was there, and caught arguably one of the best motos of the season as Stewart and, current points leader, Ryan Dungey dueled under the Texas sun.

Pro Practice Glen Helen
Just days after the epic duel between James Stewart and Ryan Dungey at Freestone, Simon Cudby headed up to the hills of Glen Helen and locked down this great footage of the top pros prepping for round three at Thunder Valley.

Privateer Freeride
Privateers are the backbone of motocross, no doubt about it. Relive this classic Cudby video of Billy Laninovich, Kevin Urquhart and Mike Horban throwing down some huge whips at Reche Caynon.

Roczen/Hart MX vs. MTB
This is far and away one of the more unique videos we have released in 2012. Cudby teamed up with reining MX2 World Champion Ken Roczen and Downhill Mountain Bike Champion Danny Hart as the two threw down some laps on the track and the trails.

In the Spotlight, Broc Tickle
We began our In the Spotlight installment at the season opener at Hangtown, and will continue it throughout the entire season. But one of the most captivating moments of the season thus far is when Austin White, Editor-in-Chief of InsiderMX.com, was on hand at Budds Creek to follow Broc Tickle as he captured his first career 450 podium appearance.

Spring Creek is one of the most beautiful, picturesque tracks on the circuit and always provides some of the best footage of the season. Take a look back at Austin’s edit from Millville, Minnesota.

Racer X Remastered, Budds Creek
Budds Creek marked the first film that Austin would shoot for Racer X Films. Capturing round five of the series, just outside the Nation’s Capital, Austin provided fans a glimpse of the outstanding work he has been producing over on InsiderMX.com. Check out Austin’s first-ever Racer X Film.

In The Spotlight: Ryan Dungey
In his first In the Spotlight production, DeRosa was able to follow Ryan Dungey during his 1-1 performance at High Point Raceway.