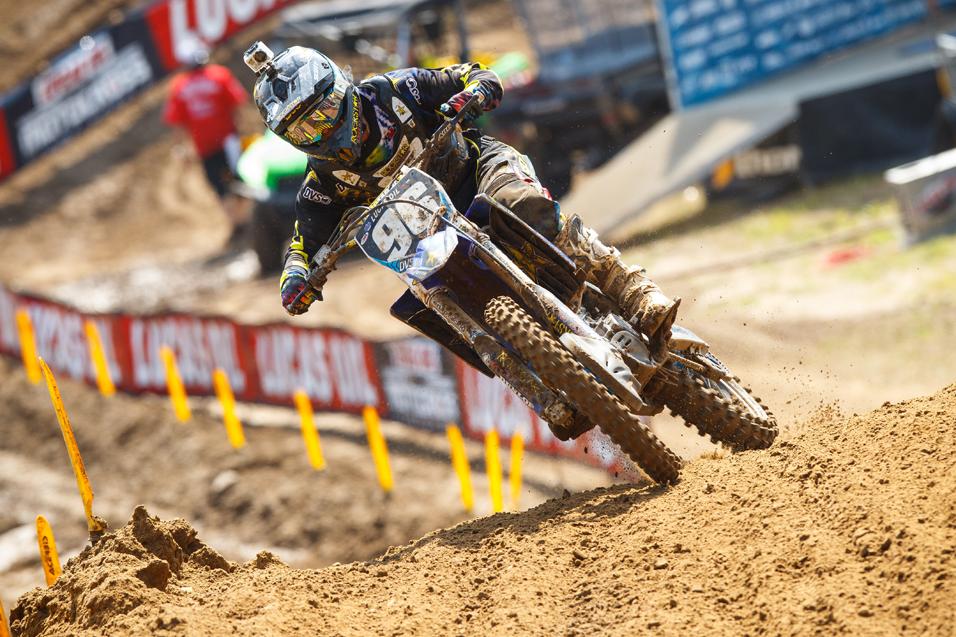 Nick Wey – Three Fractured Vertebrae, Dislocated Hip and Broken Ribs
Comment: Wey had a terrible crash at Spring Creek that sent his bike tumbling into the creek and him to the hospital. Wey’s fractured vertebrae have been fused, and he will not be racing for the rest of the year.

Gareth Swanepoel – Broken Leg
Comment: Swanepoel broke is tibia and fibula at Spring Creek. He will undergo surgery and sit the rest of the season out.

Kyle Peters – Dislocated Shoulder
Comment: Peters injured his shoulder in a mountain bike crash before RedBud. He raced through the pain at RedBud and Spring Creek, but has opted to skip Washougal.

Ivan Tedesco – Lacerated Kidney and Broken Rib
Comment: After taking some time off to heal up after a big crash at Budds Creek, Tedesco will be back in action this weekend at Washougal.

Davi Millsaps – Ankle Injury
Comment: Millsaps suffered an ankle injury while training for RedBud and will not be racing at Washougal. 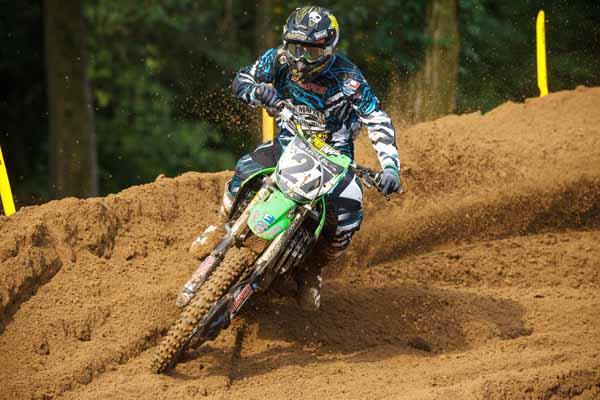 Nick Wey will miss the rest of the year after a big crash at Millville.
Simon Cudby photo

Nico Izzi – Back Pain
Comment: Izzi crashed hard in the first moto at RedBud and sat the second moto out after experiencing pain in his back. Izzi will not be racing at Washougal.

Martin Davalos – Concussion
Comment: Davalos suffered a concussion while practicing for Thunder Valley and hasn’t raced since. Davalos plans on returning to racing this weekend at Washougal.

Ryan Sipes - Cracked Hand
Comment: Sipes rebroke his hand in SLC when Jason Anderson ran into the back of him on the start of the parade lap. Sipes now has a plate and screws in his hand, and will be racing all of the outdoor rounds, despite massive swelling in his hand after every race. At Washougal, Sipes’ will be riding a 250.

Jessica Patterson – Broken Hand
Comment: Patterson broke her hand while practicing for RedBud, but still lined up to salvage a few points. Patterson underwent surgery for her injury, and will be racing this weekend at Washougal.

Matt Moss – Illness
Comment: Moss missed RedBud and Spring Creek due to severe illness. He will not be lining up at Washougal.

Brett Metcalfe – Broken Tibia and Dislocated Wrist
Comment: Metcalfe went over the bars when his bike ran out of gas in a rhythm section at Glen Helen Raceway in Southern California. Metcalfe underwent surgery for his injuries and is out for the season. 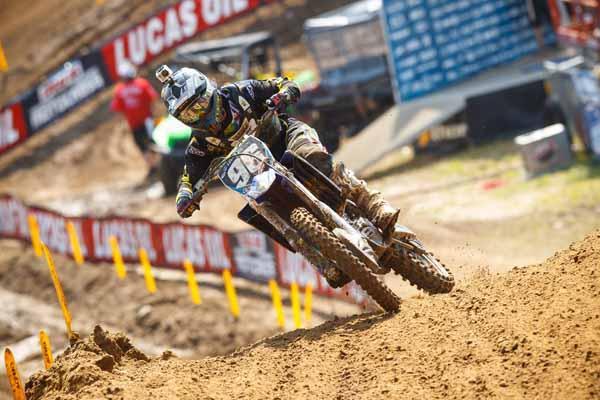 Kyle Cunningham – Injured Ankle
Comment: Cunningham did further damage to an already injured ankle when he hooked a rut with his boot at Budds Creek. Cunningham will not be racing at Washougal.

James Stewart – Hurt Wrist
Comment: Stewart injured his hand/wrist in a first-moto crash at Thunder Valley. He attempted to race at High Point, but experienced numbness in his wrist several laps into the first moto. Stewart returned at RedBud, finishing third via 6-3 moto scores, but believes that he has not made enough progress with his injury for it to make sense to compete. Stewart hopes to return to competition at Southwick.

Dillon Huddleston – Broken Scapula
Comment: Huddleston is undergoing physical therapy and hopes to be racing at The Lake Elsinore National.

Sayaka Kaneshiro - Injured Wrists and Ankle
Comment: Kaneshiro sustained injury while practicing for RedBud and is out for the season. 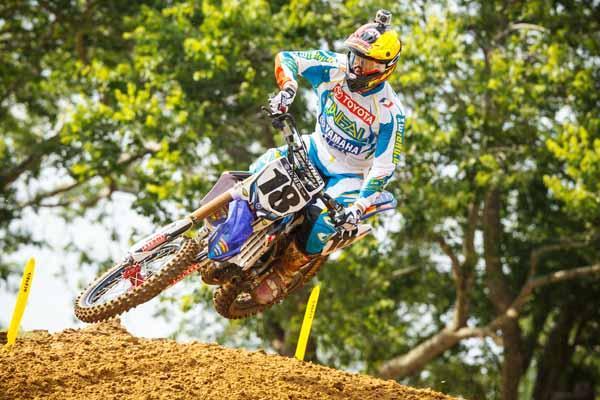 Davi Millsaps will miss Washougal due to an ankle injury.
Simon Cudby photo

Myles Tedder – Broken Foot and Labral Tear in Shoulder
Comment: Tedder crashed at Budds Creek on the last lap of the first 250 moto, breaking a bone in his right foot and tearing the labrum in his left shoulder. Tedder was looking at a three week recovery, but opted to take some additional time off to have surgery to repair a nagging problem with his shoulder. Tedder may be back for the final race at Lake Elsinore.

Jarett Pesci – Injured Knee and Calf
Comment: Pesci hopes to return to racing at some point in August.

Dean Wilson - Injured Shoulder
Comment: Wilson attempted to race Hangtown with a shoulder injury sustained in supercross, but it didn’t work out. Wilson underwent surgery, and is likely to miss the rest of the outdoor season. 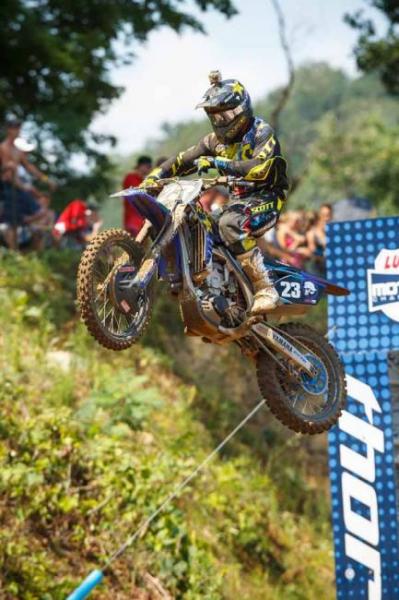 Bryce Vallee - Lacerated Liver and Kidney, Two Broken Femurs, Three Pelvic Fractures, Shattered Left Elbow with Radial Nerve Damage, Fractured Collarbone and Multiple Fractures in Lower Spine
Comment: Vallee suffered a horrible crash while leading a race at Pala Raceway. After being landed on  multiple times, he was airlifted to Palomar Hospital and underwent two surgeries, with rods inserted in both femurs and three plates and 33 screws used to repair the left elbow. After multiple surgeries, a month in the hospital and much hard work and therapy, Bryce is now walking again much to the surprise of his doctors. With the help of Eddie Casillas of Asterisk Medical and Charles Dao of ICON Sports, here is a video of Bryce walking for the first time on May 30th at the ICON facility in Murietta, less than 2 months after the crash. Donations for medical expenses can be made at www.brycevalleemx.com.

Chad Reed - Broken Tibia and Fibula, Broken Ribs, Broken T6 Vertebrae and a Torn ACL
Comment: Although Reed’s recovery is nearly complete, his injuries will likely keep him out of competition until 2013.