Millfield, Ohio - Paul Whibley is known for having an intense training program and an even tougher mental game, making the physically demanding conditions of this year's Wiseco John Penton GNCC seem effortless for the 2009 champ. Whibley powered through the nearly 100-degree temperatures to secure his third XC1 Pro Class victory and extend his lead to 6 points over Kailub Russell as the 2012 Can-Am Grand National Cross Country Series wrapped up Round 9 of the series at Sunday Creek Raceway in Millfield, Ohio.

Whibley put his AmPro Yamaha YZ-450F out front right away after taking yet another $250 Motosport.com Holeshot Award and claiming the early lead. With only a one-point margin heading into this round, Factory FMF/KTM's Kailub Russell settled in right behind Whibley on the opening lap, hoping to catch pace of the leader early on. But WMR/KTM's Rory Mead had other plans as he put himself between Whibley and Russell by Lap 2 and continued to pull a gap on Russell as the race wore on. Russell and Mead came into the motocross section of the course neck-and-neck and it was Russell who entered the woods in the second place position, putting the pass on Mead as they exited the moto-section of Sunday Creek Raceway.

"Kailub and I had a pretty good battle going there and I sort of let him go as we left the motocross track because I felt like he had a quicker pace than I did at the time," Mead said. 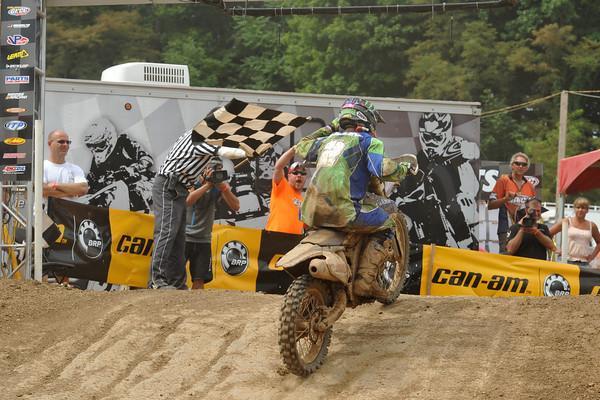 As the white flag came out, Whibley turned it up a notch and increased the gap to second place by nearly two-minutes, which is where Russell finished after six laps of racing.

"I've been training pretty hard for hot days like this and I think it's really paying off for me this season," Whibley said. "I'm really happy with the win today and I'm looking forward to picking up where we left off here when we get to Unadilla in September."

Obermeyer Yamaha-backed Chris Bach got off to a third place start and quickly tagged onto the leaders, eventually falling into battle with Shenandoah Honda/Offroadchampions' Thad DuVall for the fourth place spot. Bach held DuVall off pretty well all afternoon and just when the gap tightened up, DuVall was involved in a crash that resulted in some bike issues for the West Virginia rider. The dented head pipe set DuVall back on the final lap, but he was still able to salvage a fifth place finish behind Bach's season-best fourth place finish. 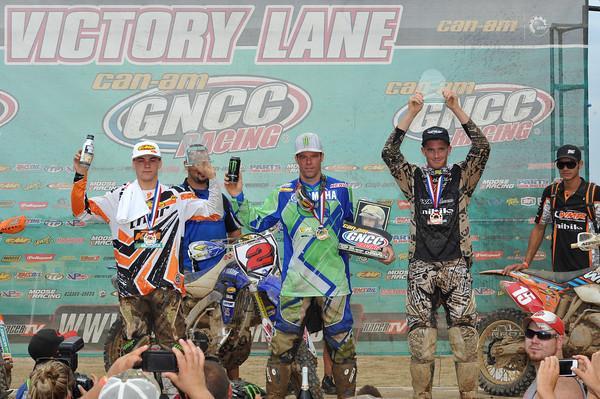 2010 GNCC champ Josh Strang made his return to GNCC with help from WP USA/RidePG.com and his FMF/RPM/KTM Racing Team Maxxis, finishing just outside the top five in the XC1 Class. Strang grabbed a mid-pack start and eventually made his way through the pack to settle in behind Bach and DuVall but wasn't able to put himself into contention in the lead group. AmPro Yamaha's Jordan Ashburn battled with Strang in the first half of the race, but dropped the pace in the last hour, ultimately finishing seventh behind Strang. JG Offroad/American Honda's Nate Kanney put in a solid ride for eight, while Garrett Edmisten and Mark Fortner rounded out the top ten.

Perhaps the most intense battle of the afternoon came in the XC2 Pro Lites battle between KR4 Performance's Jason Thomas and F.A.R. Husky's Andrew DeLong. The former teammates switched the lead back and forth throughout the entire three-hour race, keeping within seconds of one another until the final lap where DeLong put around 25 seconds on Thomas just before the finish. KTM support rider Steward Baylor Jr. didn't get a front-of-the-pack start but eventually made his way into the third place position, where he chased after Thomas and DeLong for a majority of the race. Thomas and DeLong set a pretty fast lead pace in the XC2 division and eventually pushed their way into the top five overall.

Obermeyer Yamaha/Raines Riding University/Offroadviking.com's Jed Haines put in another solid finish with fourth place in the XC2 class, finishing just ahead of F.A.R Husky's Nick Davis who rounded out the top five. 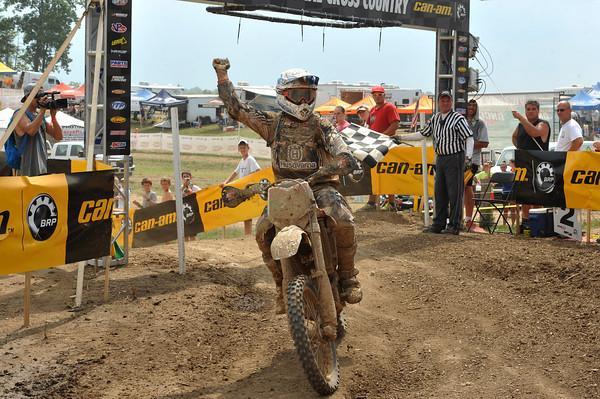 Ohio's Aaron Plessinger put himself into an impressive eleventh place overall after spending the first half of the race battling with West Virginia's Layne Michael for the 250A class lead. Plessinger grabbed the class win as well as the Top Amateur honors for the day. 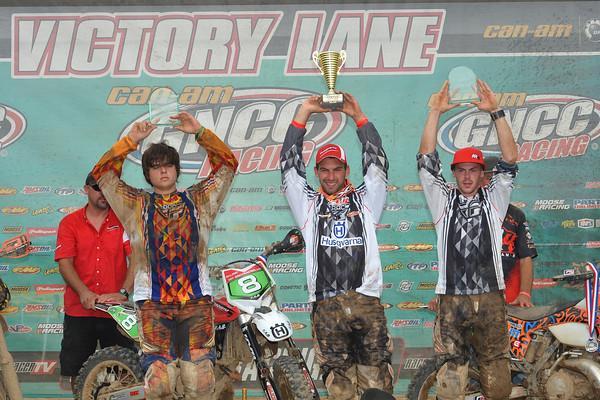 The 2012 Can-Am Grand National Cross Country Series takes a summer break until September 15 and 16 for the Can-Am Unadilla GNCC. For more information, go to www.gnccracing.com. 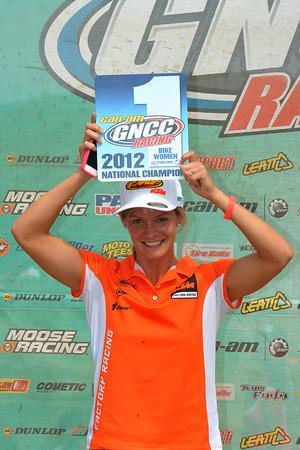